We Right-Wingers Must Embrace Intellectual Marxism 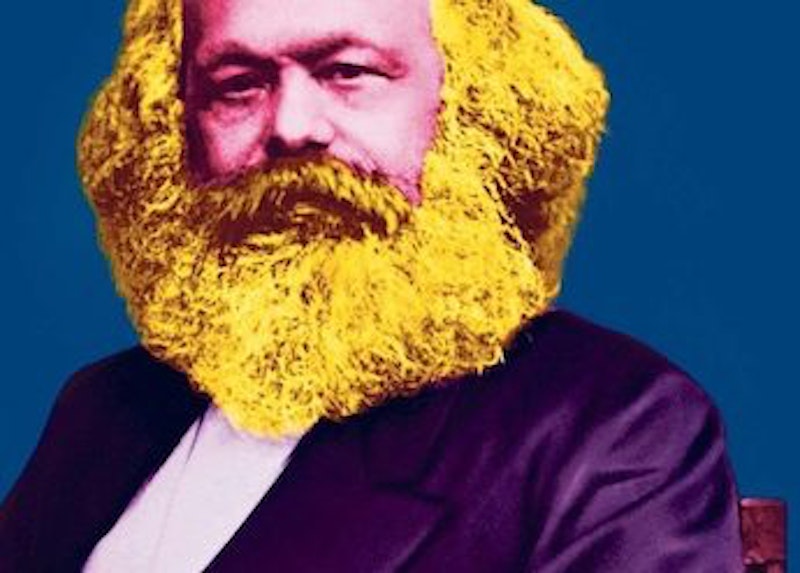 This is a good essay—about how useful the “successor ideology” (to use writer Wesley Yang’s formulation) is to contemporary capitalism.

And useful to capitalism it is, for reasons the essay’s writer, Aris Roussinos, discusses. If it weren’t, why would the entire capitalist establishment embrace this ideology and go to great coercive lengths to enforce it, using all the levers and weapons in its control?

But what especially caught my eye in this essay was that it cites the Marxist-Leninist French philosopher Louis Althusser (old Louie, as his friends at Le Dôme may or may not have called him) and his essay “Ideology and Ideological State Apparatuses.”

This essay, believe it or not, made a great impression on me when I read it in college, in a “Marxism and literature” class that by some miracle snuck its way into the University of Indiana English department course offerings during the Ford Administration. The course’s professor was a “beatnik,” as I overheard the elderly department chairman refer to him once; and it was, needless to say, a bold offering for a Midwestern university that hadn’t quite yet fully assimilated Modernism, much less mandarin French theory. I took the course in a fit of what was either perversity or genuine desire to see what the Continental Enemy had to teach.

Althusser’s essay made a positive impression and has stuck with me over the almost five decades since. The essay describes how ruling-class ideologies enforce themselves through precisely the “apparatuses” the essay’s title references: the media, the educational system, and so on. I suppose the piece spoke to a latent radicalism in me. (I was at that point a Rockefeller Republican in the tradition of my family, as well as an Easter-and-Christmas Methodist of the suburban type.) I must have intuited that the essay would someday come in handy.

And so it has. This essay, which leftist opponents of a culturally conservative capital at one time embraced, is now one that right-wing opponents of a different brand of capital—culturally radical neo-liberal capital—will find useful.

In fact, I’ve long believed that conservatives would be smart to take up the analytical and polemical weapons of intellectual Marxism as they attack, and try to destroy, a soi disant “leftist” establishment. Not only are these weapons effective, but our using them against that establishment will drive its members insane with irritation. We’ll be using their own tools against them, to destroy them. We’ll be hanging them with the rope they sold us.

In short, as the intellectual battle against capitalism’s “successor ideology” heats up, some of the most trenchant applications of the Marxist tradition will, I’m sure, come from intellectuals somewhere on the traditionalist/populist/paleoconservative spectrum.

Bells are ringing throughout the Indiana countryside in celebration of Dr. Daniel Larison’s magisterial new “intervention” in the virtual pages of The American Conservative.

Titled “Southeast Asia Isn’t Interested In Joining A New Cold War,” the essay is a classic Larisonian exercise in the splendidly droning and dismal super-omniscience that he used to bring to post-Soviet affairs. We fans of the aptly-nicknamed “Holy Snuffler” had feared that Larison’s duties as one of Yale’s most revered professors would keep him from “pitching with his best stuff” in the popular political press again. But happily we were wrong, and here’s the legendary academic once again, showing the same nasal mastery of the bulk of the continent of Asia that he used to evince of the Slavic world, in all its complexity and breadth.

Slava Bogu! Praise be to God!

Meanwhile, autumn has brought a strange surfeit of sexual energy to my aging system. I’ve found myself “popping a rod” as I perform the work of autumn: digging potatoes in our north field, loading the cider press, holding down the six-month kids in the goat pen while Mother, with chainmail gloves and goggles and sharpened cleaver, performs the crucial seasonal work of circumcision. Evenings, too, have often found me “pitching a yurt” as I sit before the woodstove, sipping schnapps and thumbing my new coffee table book of Ottoman tapestries.

I’m reminded of the pre-Christian Slavs, whose fertility rites took place in autumn as well as in spring. This was a concession to the reality that the procreative flame can flare up before, and not just after, winter—a final burst of energy before the sterile season sets in.