I learned how short life could be. 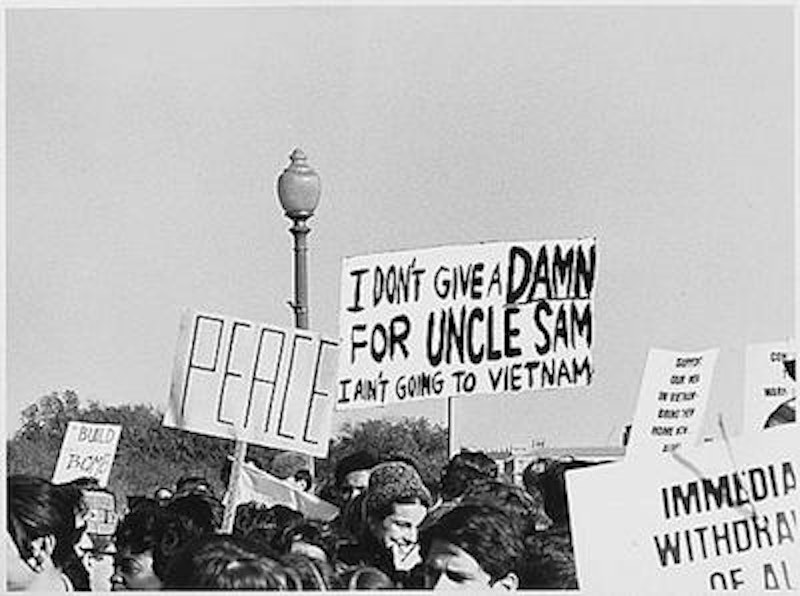 I was 17 and life became nasty in the summer of 1968, when two good friends were shot, while working the night shift in a South Towson Harley’s sub shop. A cretin walked in at closing, and told them to lay face down on the floor behind the counter. He shot them both in the back of the head and walked out. Nothing was stolen. He was never caught. My friend Mike died instantly, David survived because the bullet ricocheted off his jaw. He was never right again.

I learned how short life could be, and how easily assholes could ruin it for you. It was my first insight into how, underneath the attempts at universal peace and love, America was a violent and hateful place, every day. The Kennedy assassinations, Martin Luther King, Medgar Evers, the Chicago Democratic Convention, the SDS, the Weather People, the Black Panthers and endless TV news of armed robberies, murders, and bombings. It was suddenly, overwhelmingly, depressing.

America and its gun-loving, violence-loving culture, from football to hundreds of cowboys and Indians movies and crime TV series had so warped baby boomers’ perception of the world, that violence was accepted. The Vietnam War and TV’s litany of nightly death counts was driving the boomer generation insane. That so many escaped to Canada or drugs, dropped out in the country or a commune, or desperately yearned to do so, didn’t seem strange.

On top of Eric’s drug problems—mainly his heroin habit and a friend’s overdose death—he got his girlfriend pregnant. She was a classic suburban hippie. Tallish and thin, her straight black hair hung over her shoulders. Her bangs covered her forehead, like Cher’s. She was sweet, waifish, and naïve. She was 15, and appeared happy to just hang out with Eric and his friends in his room. I can’t remember her smoking pot, or even cigarettes. There was never a sign of a sexual relationship, except when he asked her to scratch his back. Plus, Eric weighed at least 200 lbs, and she was probably less than 100. Sex between them was impossible to imagine, so it was shocking when he told me he couldn’t see her anymore because she was pregnant.

What? Her parents were extremely angry and forbid him and his friends to ever see her again. What a pickle. Abortions were still illegal. This was a time when most pregnant suburban teenagers just disappeared for about six months. Visiting an aunt in Wisconsin was a popular excuse. Eric was in the middle of two very adult problems, before he’d even turned 18. Our carefree exploring trips around Baltimore’s landmarks, its used book shops, and antique stores in the country, were left behind as grown-up reality loomed. I wanted to look away from it, so Eric moved to the back burner.

Our best buddy Tim, who memorized a few dozen Bob Dylan songs, moved to Greenwich Village to become a folk singer. I’d moved to DC, now a college freshman living in a sterile dorm with an oddball music major from wealthy Great Neck, and a straight-arrow guy from a New Jersey suburb both worlds away from my gritty Baltimore youth.

It was time for Eric to pay some dues for the carefree past three-four years. He’d dropped out of high school, and never had a job. He was arrested for grand theft in the sixth grade. He didn’t have a driver’s license, much less a car. In the eyes of his parents and his old friends, he was no longer a harmless, free spirit, but a seriously disturbed teenager. The cops watched him. Eric decided to “go down country.”

Though I’d hung with him for several years, I had only recently discovered Eric had an older sister. She’d grown up horse-crazy, and now in her mid-20s was renting a small horse farm north in a rural county north of Baltimore. She was four years older than him and had left home a couple years earlier. But she kept in touch, and invited him to escape the suburb’s troubles and temptations. He’d move to the little farm and live with her, in her calm and normal life with a new baby and new husband. Eric would pay for his keep by tending the horses, and watching the baby.

As a link to the old days, Eric claimed his sister was a former groupie who’d followed 1960s English rock groups on their American bus tours. It was a wilder life than we could imagine, no matter how hip we thought our Towson adventures were. Eric claimed that Jack Bruce, the renowned British bass player, was the baby’s father. He’d be babysitting Jack Bruce’s son. Top that, hippies!

Eric would have the large loft of the old log cabin house to himself, take care of the horses and become a good rider. It was happy escape from the drug culture and grim suburban life of his Towson bedroom. The hip youth culture was changing. Fuzz tones and loud metal rock were on the way out for the really hip. Brass beds and granola were in as were marches against the Vietnam War and America’s violent culture. Peace and free love were the ticket.