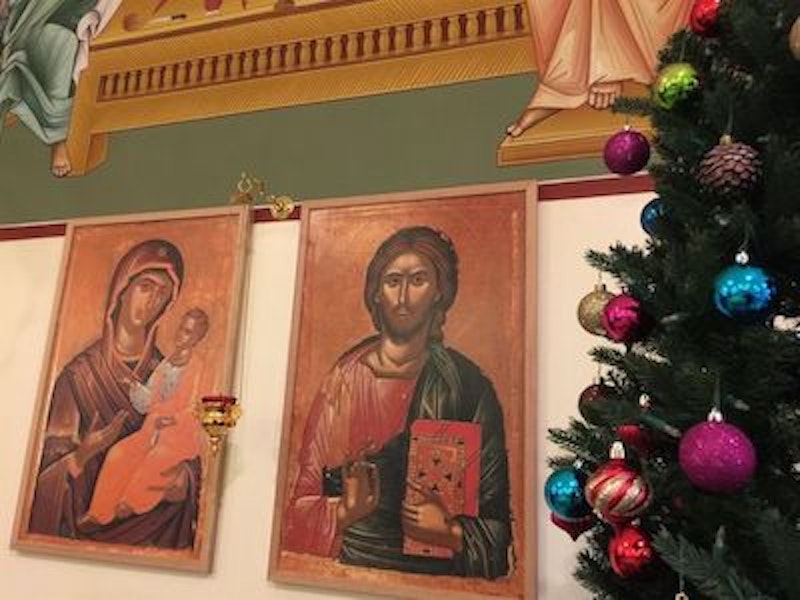 I’m fascinated by one of the core philosophical debates among us paleocons. The debate is defined by this question: Is it possible that we live at the worst moment in the history of civilization, indeed of humankind? That is, precisely at that crucial hour, out of all the hours extending back through the groaning aeons of recorded and unrecorded time, at which is occurring the final and irredeemable downfall and destruction of all that is good and dear?

To put it another way, are we residents of the developed West in the early decades of the 21st century all “privileged” to be living through the most vile, terrible, shattering, hideous, revolting events that have ever unfolded on this planet, under God’s firmament? Is this indeed the worst time to be alive, ever? The exact second, historically speaking, at which, for example, Christianity (after 2000 years of beautiful tradition) expires into the corruptions of Moralistic Therapeutic Deism, and at which what we used to call Christendom passes a key inflection point in its transformation into an overcrowded polyglot refugee camp for all the peoples of the world, pushing out those of us who are are blood descendents of its indigenous White Peoples?

You “get my drift,” as young people say these days.

Different paleoconservative geniuses have different responses to this debate. At one pole, there is Mr. Paleoconservative himself, Rod Dreher, who insists neurotically on a maximally pessimistic view. Christian culture, for Dreher, is ending right now―you can look out the window and see it happening, right there on your suburban cul-de-sac. There is no hope, and there will be no stay of execution, in this view. The future will be redeemed only by the pleasure that the catastrophist, like Dreher, derives from wallowing in his despair, like an opium-enervated belle epoque decadent or neurasthenic matron of my great-grandmother’s generation.

At the other pole, there are those paleocons who take a more nuanced view of history and of our times, trying to distinguish what is truly rotten and lost from what is salvageable and can be worked with―from what might even remain in fine shape indeed.

Given my habitual pessimism, I’m surprised to find myself in this latter camp. (It’s possible that Dreher’s effeminate example pushed me into it.) I admit that I increasingly see glimmers of light, however vague they may be, in the prevailing darkness.

To give just one example, the reign of liberalism no longer seems to me monolithic, tending towards a final victory in which it imposes on us a final and eternal totalitarian regime of brutality and injustice. Liberalism seems rather brittle and weak, knocked back on its heels and its nose bloodied. More and more, I think that we’ll all outlive it, or at least our children will. (The paleocon Harvard Law professor Adrian Vermeule might stand as a good example of this more optimistic tendency, for the curious.)

But I didn’t mean to enter into this debate here. I meant only to call attention to the fact that it exists―to give readers an indication of the delightful intellectual ferment that characterizes the community of paleocon genius thinkers. This is a ferment that I find endlessly interesting, and for which I would, at this year’s end, like to say that I’m deeply grateful.

The year 2018 will have ended for me with another MRI, occasioned by sudden and worrisome relapse into bad health on the day after the Western Christmas. (We Russian Orthodox look forward to celebrating the birth of Our Holy Savior on January 7.) Since the onset of my disease almost three years ago, I find that I’ve become strangely inured to it. I would like to think that this is due to the ability of a man in his maturity to come to terms with the mystery of our mortality.

So I enter the new year wounded but undaunted. There is much to look forward to. In line with the thinking that, in the game of our earthly life, the best defense is an aggressive offense, I will be either spearheading or participating in a number of exciting initiatives in 2019. At our Benedict Option homestead here in rural Indiana, we’ll greet the first thaw (may it come sooner rather than later!) by completely replacing our property’s network of cesspools and attendant piping―a chore that will require all of Mother’s and Sister Marie’s stamina, resourcefulness, and self-discipline, not to mention their ability to retard the gag reflex. (Brother Gavin and I will oversee their work in moments when we’re not occupied with pleasure reading and doctrinal study.)

Also, along with the other parishioners of our little Russian Orthodox mission church here, I’ll be organizing a far-reaching letter-writing project modelled on the old Amnesty International campaigns of the 1970s and 1980s.

I will discuss the progress of this campaign, and of course its goals, in more depth in future diary installments. Until then, a happy new year to all, and a Merry Christmas to my Russian Orthodox co-religionists!