The Scandals at Lincoln Center and the Nature of Art

Perhaps our arts do reflect who we are as a people. 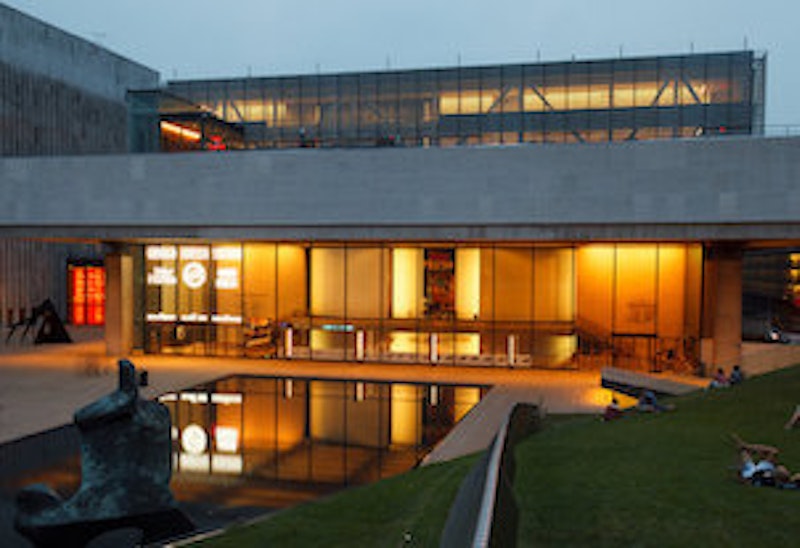 It's been a tough year at Lincoln Center, the New York City complex that encompasses the Metropolitan Opera, the New York Philharmonic, the New York City Ballet, the Juilliard music school, and other top arts institutions. It's often described as the largest performing arts organization in the country, and it’s certainly among the most prestigious. So tough has 2018 been, that The New York Times ran a story listing Lincoln Center's Top 10 "upheavals." The Met fired its long-term conductor James Levine in response to what appears to be a pattern of sexual abuse directed at younger players. Peter Martins, who ran the ballet for decades, was removed in a seemingly similar scandal (details are hard to come by). The principal oboeist and second trumpet at the Philharmonic are gone, also amid accusations of sexual abuse. The director of the center as a whole, Debora Spar, was removed after just a year in charge. And so on.

One lesson to draw is that exposure to the arts is not in itself morally improving. It's possible to spend your whole life drenched in opera or ballet and be a sexual abuser, for example. In fact, one wonders whether the moral influence of this sort of art is actually baleful. It's hard to prove causation, and maybe an operaless Levine would’ve been an even worse person than the operatic Levine turned out to be. I doubt it, however, and I also don't see any reason to believe that Levine's performances made his audiences any better.

I associate Lincoln Center above all with the vast brutalist concrete plaza that, under the twin auspices of John Rockefeller III and Robert Moses, flattened a vibrant residential district. I associate it with extremely prosperous-seeming and well-dressed people milling about, soaking in the prestige of their surroundings, the prestige of the performers they're about to see, and the prestige of one another. It strikes me that the product manufactured at this facility, as its directors and boards conceive it, is prestige rather than art, or that they’ve confounded these two things entirely. The performing-arts institutions themselves are extreme hierarchies of arts prestige, with a few glittering transcendent stars, anointed by enormously powerful directors and gatekeepers, floating above thousands of people trying to climb over each other to reach the pinnacle.

That’s a classic context for abuse, which has been endemic in particular to forms such as opera and ballet for centuries. These arts, characterized in part by the giganticness of the spectacles they mount, lean very heavily on disciplining or even torturing young bodies to make them conform to an almost inhuman standard: spinning around en pointe for years on end, or creating a voice that seemingly could not emerge from an ordinary human body. You could have some excellent mentorship relationships in such institutions, I acknowledge. You could have some sexual sadism as well.

Perhaps the point of the arts or of big arts institutions is not to make us morally better. Perhaps the values enshrined in the arts are not the moral virtues but rather self-expression and creativity, without which even a virtuous human life couldn’t be fulfilled. We value the arts as a society because we value inventiveness and imagination and because of the protean human impulse to express ourselves and share ourselves with others.

If so, it’s worth asking how well the sort of arts organizations that inhabit Lincoln Center perform that task. A few big stars may be invited to express themselves. Everyone else had better play the score correctly as written. The violinist in the 14th chair in the Philharmonic may be swaying and grimacing as though he's really feeling it, but he plays it exactly the same way every night, and he plays it exactly the way the 13th violin is playing it. He can do that because he went to Juilliard, where he was disciplined to it. Hundreds of people are coordinated in these performances as the expressive instrument of a handful; far from expressing themselves, most of the people involved are required to efface themselves.

In other words, if it expresses creativity, this sort of art expresses it within an extreme hierarchy that reflects the administrative structures of the institutions and their overweening cultural prestige. They sit atop a pinnacle, and their entire artistic practice reflects that: they build pinnacles, they light up their pinnacles at night so that they gleam, and they push people off, all the time.

I think most of the art that emerges from that sort of institution is boring.

Perhaps our arts do reflect who we are as a people. But if so, the last place you want to go is Lincoln Center. The arts that express us are the arts we're making all the time. The only art that can express who we are as a people is in the music or the street art or the quilting bees or the bars or whatever actually does emerge from people in cities and towns and villages all over the country. The art that shows who we are is the art we actually do, not what emerges from that concrete plaza and those nice outfits, that discipline and abuse, that European canon and those robber baron donors.

—Crispin Sartwell teaches philosophy at Dickinson College in Carlisle, PA. He is the author of Political Aesthetics (Cornell 2010).