Forward a tear shed backwards into the eye. 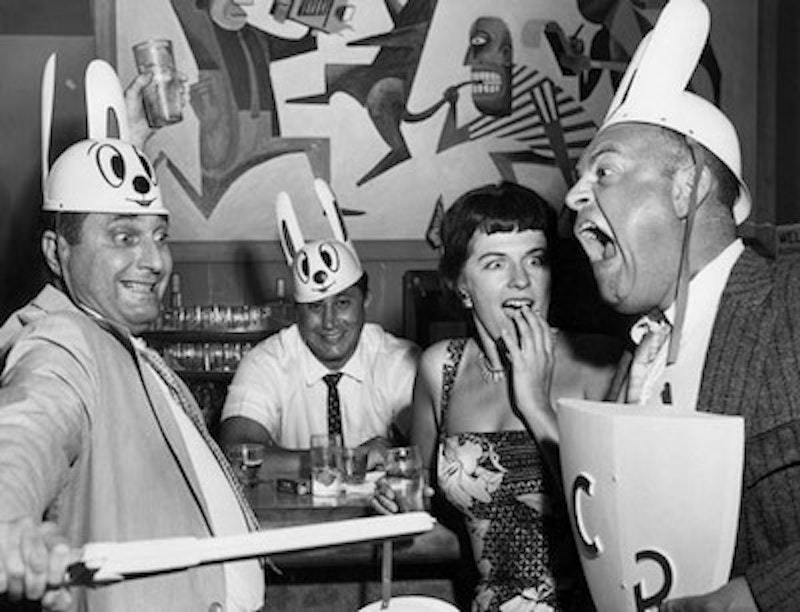 Could this be possible, finally a farewell to the last year? Always tumbling into the next. From here to never and back. The speed of life and light flashing on and off like a simple yet elegant neon sign that says, “NOW.” A flashing “Game Over” on the pinball tote board. The photo finish. Be forewarned. It’s coming. Put an end to all that bumbling continuance. A salute to the grand finale. Stop the electric flow of relentless bad plumbing. Incontinence, loose bowels, leaky pipes. Flatline the blood and guts. Stem the tide of constant repeat. Do the mortality shuffle. Technical difficulties. Malfunctions. Unscheduled delays of the inevitable conclusion. Stop the monotonous tedium and torture. No New Year’s ever again!

Turn the next page without paper, book chapters or table of contents. Lay it all down without numbers. Put it on the line. Send, press, click, push, flip and switch that toggle. No more best sellers, number one categories, awards, or tributes. Accolades to the nether regions. Ceremonial celebrations of repetition. Stop the bleeding drip drop of every monotonous gear turning, going around to clicking, ticking kaput.  Another boring nervous breakdown.

Terminate the inhuman spinning meat wheels. Cease and desist that wide-eyed wanderlust dragging around the baggage of useless years. Heavy with empty-headed burden of hours. A slippery conduit through the sewers of every ancient city. The cyclonic barbequed yearling smoked, sauced and aged to perfection. Going in concentric circles of zero. A jealous God prays, fearing the doomed image reflected. Human aging on the vine. Ban all calendars and clocks. Weigh time in pounds and ounces. Scratch it into the wall of your prison skin. Knock off the days like a sniper of time. Delete weeks adding up years to one long time. Assassinate the clock. No metric system. No abacus tally to add or subtract.

Forward a tear shed backwards into the eye. The worst times in the best years. Madly crying and laughing, dancing on a fiery tightrope. The chain reaction is slippery, unable to capture the mood. Climbing ladders of air and ascending steps on clouds. Slap the time face standing like statues. Do battle with the clock. Contentment is filled with contempt. Attempting new kinds of fresh leaps, starts and stops. A different type of experience on suicide death march. Keeping an eye on the starting line. Keep tabs on your tally. Add up your possibilities. Delete all unnecessary options.

No more years in review or Top 10 lists of all-time favorites. No need to know what's going on anymore. Stop the presses. Halt... wait while there's still a foul breath left in the old gasbag. It all adds up to a staggering amount of numbered days and numb years vanished. Make the calendar a bingo card on a drunken binge of random letters and numbers. No reason to tumble the dice or turn the screw tighter. Spin the carnival wheel. Choose a date in time. Arrive before you leap.

Never look back with comedic timing and remorse to those who've already departed this lonely airport of regrets. A spontaneous improv of the changing seasons. Snap. Fizzle. Boing. Bong. Ring a ding. Crap out. There's no value in souls left to roam upon a decaying planet. A flat hollow rotting earth. Turned-out pockets, empty wallets. A contest to pay homage in reflections and memories unremembered. No more birthdays. No death dates to record. Just a never-ending now. No alpha beginning to doomed omega alternate endings. Never need to prove anything ever again. The half-speed of living slow in modern times the fast years zoom by.

The unfamiliar way station on the way to oblivion. That place on the brain map where the hideaway is located. Where life lives. Arriving precisely at the appointed schedule only to be cancelled. Postponed due to lack of interest. Departing by the skin of the teeth. Walk on water or float in space. Gravity has no friends.

It's the rapid descent that gets them. Falling too fast. Jump out of tomorrow's airplane naked without a chute. The free fall is magnificent until the messy landing. Splat. Don’t die until you're dead. Take a load off. Pop that cork. Why wait until the end of some non-existent deadline to celebrate? Embrace the now before it eats us alive.