I Harbor No Fear of Death

The process of dying can be tricky. 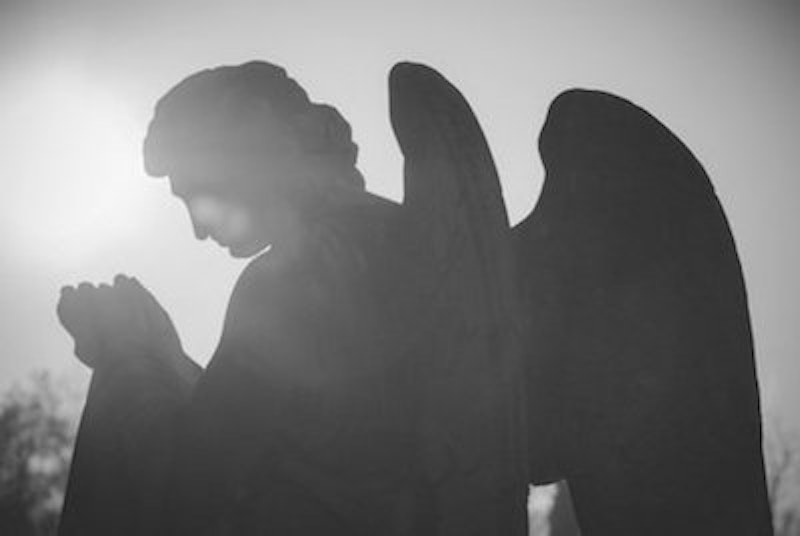 This dystopic adventure we’re all on is such great entertainment that I sometimes forget that everything hurts and I’m dying. The Bulletin of the Atomic Scientists has set the Doomsday Clock at two minutes to midnight, the closest it’s been in my three-score-and-four. Big dangerous rocks keep hurtling at us from out of the Oort Cloud, some coming closer than the Moon. Flying insects and songbirds are disappearing at an alarming rate. UFO sightings are increasing in frequency. The poles are shifting, and the Earth’s magnetic field is fluctuating. The Sun is behaving strangely. Kanye West has endorsed Donald Trump. Apparently, they share a common heritage having something to do with dragons.

Fukushima is still vomiting radioisotopes in all directions. Some crazy black guy in Congress claims the Jews are controlling the weather. Neo-Nazis support Israel, while the Left seems bent on its destruction. Due to the recent spate of attacks on live entertainment venues, roadies are packing guns on tour. A number of people on the Internet are claiming that the world is flat. Goldman Sachs brazenly announced that curing diseases is bad for the bottom line in the medical industry. At least they’re being honest about that much, if nothing else.

DNA research is eating away at the quaint ideal of racial egalitarianism. It’s turning out that the old-school sociologists were right: diversity is not strength. Diversity plus proximity equals conflict. Artificial intelligence systems tend toward racism. Robot privilege, anyone? If we replace the illegals toiling and defecating in the fields where we grow our lettuce and replace them with dainty hygienic robots, will food-borne infections disappear?

The list of absurdities goes on and on. It’s way past Pynchon. It’s like the Firesign Theater meets the Church of the Subgenius on acid at the Altamont Speedway under a Full Moon in Scorpio, with Mercury Retrograde.

Meanwhile, I’m caught in an insane maze of medical insanity. My hard-working HCV-infected liver is on strike, and my old spinal injury finally took out the other leg, sticking me in a walker. Navigating the lunatic theme park of the uniquely dysfunctional American disease management system without insurance is a challenge I could live without, but it’s a useful distraction. I’ve got a Xanax prescription, along with about 44 million other Americans. It’s a great drug.

The popularity of Xanax accounts for a lot of the idiocy I see on the road. People who wouldn’t dream of drinking and driving think nothing of getting behind the wheel on Xanax. That’s a really bad idea. Xanax has a much more profound impact on response time, not to mention that it induces a sort of blissful apathy that’s not conducive to any sort of quick decision-making. It does make dealing with hospital bureaucrats a lot easier, especially when combined with pot. It makes me feel like Jeff Lebowski: “Whatever, man.”

I harbor no fear of death, but the process of dying can be tricky. I don’t want to go in a roomful of strangers and a bunch of beeping machines. I want to die quietly, in my own bed, on my own terms. There’s an alligator pond just a couple of blocks away. My first choice in the disposal of my remains would be what I call the Sopranos Option: wrap it in a tarp from Home Depot and toss it to the gators. Take the money that would be pissed away on cremation or burial and buy drugs and drinks for all my friends. Shockingly, none of my friends have the balls for such an enterprise, so I’m opting for a fairly cheap natural burial in an unmarked grave.

I used to be afraid of dying alone, but not anymore. A former friend of mine once told me, “All living things die alone,” to which I immediately responded, “Tell that to the people of Hiroshima.” I’ve spent 64 years living in the shadow of the Trinity blast. The way things are, it’s a coin toss as to whether I go alone or in some mad rush for the exit, a Black Friday rush of death accompanied by the Wagnerian spectacle of rockets and nuclear blasts. Either way, I’m fine with it.

I really would like to stick around for Season 4 of Twin Peaks and the shitshow of an election in 2020. I predict that 2020 is going to be the most amazing year in American history. All will be revealed, I guarantee. The collapse of the American Empire is the Greatest Show On Earth.