I Am Not Anyone's Chicken McNugget

Reclaiming this space from charlatan cousin Bennington and asserting birdhood in Denmark. 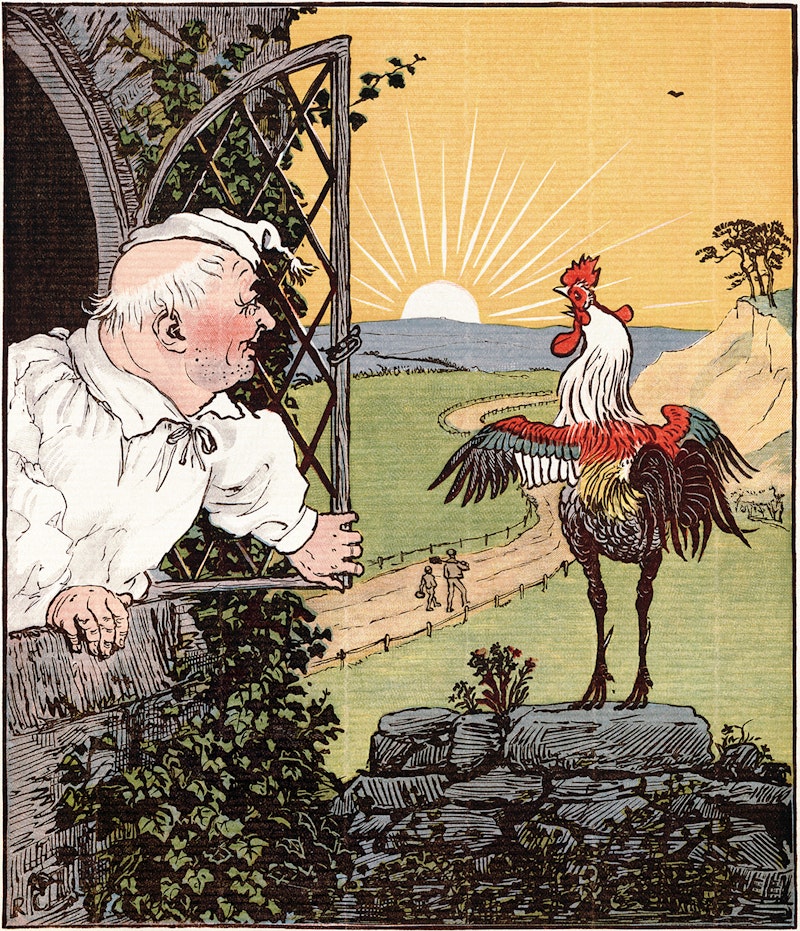 I need to reclaim the airwaves. Or the lede lines, or the screen grab, or the pixel count, whatever. My cousin Bennington has been hogging this space for two weeks and I’ve returned to rescue my platform from the tyranny of unchecked egomania and aggression.

He’s family but also a son of a bitch and I can’t trust him with anything. Luckily he’s stuck to some pretty tame topics and turned into two very middle-of-the-road columns. Who would’ve expected milquetoast commentary from Bennington Quibbits? Not I—kidding! Heh. He sucks. I hate him. Now that he’s on Twitter he’s posting old clips of Monica and me in our various film roles and cameos and claiming them as his own. Bennington has never starred in anything in his life. He’s so shameless he once took a job standing outside of a McDonald’s swinging one of those embarrassing signs around. He doesn’t care about anyone but himself. Bennington Quibbits does not care about roosters.

Anyway, back to positivity. Yes, I used to be a movie star, at least among the animal kingdom. Monica and I were very active in Los Angeles and New York in the 1970s and 80s and appeared in over 400 feature films, many of which we’ve tweeted about recently and in the past. Our favorite experience was working with Pedro Almodóvar on Women on the Verge of a Nervous Breakdown. So accommodating, and catty! He was fun to be around.

Nicolas Roeg, not really. Very cranky, very English. Always wore a golf cap even when we were shooting in the Australian outback in 150-degree heat. I remember he kept muttering to himself, “The end is built into the beginning every time lunch was called.” Great artist, but a strange guy, and stingy. I don’t think we ever got paid for Walkabout, and Monica and I were devastated when we learned that our roles in Bad Timing had been cut out completely. There was at least 45 minutes of additional footage in that movie where Theresa Russell’s character adopts us and then sics us on her bastard lover played by Art Garfunkel. That was a fun day—we actually got to draw blood from that eraser-headed fuck and make him cry.

Since then, Monica’s mostly retired and I’ve become very selective about who I work with. I made a big mistake trying out for Lars von Trier’s Melancholia nearly a decade ago. I admired Dogville and Dancer in the Dark but didn’t yet know about his depressive state of mind and frequently abusive behavior. To avoid being cast type I resolved to distinguish myself in the audition. I wore a bowler hat and saddle shoes and introduced myself as a Southern gentleman, much like an avian Tom Wolfe. I guess he thought it was a joke or found my appearance—my very existence—amusing in some way, which still confuses me. I don’t think he has a sense of humor.

It was very dark and depressing in Denmark, so in a way I’m glad I didn’t make the cut. Lars just wanted another hysterical chicken to run around or get its neck broken by Kiefer Sutherland, and, I’m sorry, but you can let someone else do that. I’m not going to be anyone’s Chicken McNugget. Bennington, on the other hand, is a whore and a ham, so he got the part after he surreptitiously followed me to the audition in disguise and went in right after me. His scenes were cut. Sometimes, the sun smiles down on you and all the world feels right. May the rays last 1000 days, and may time be forever on our side.