Not All is Well In Our Little Corner of Christendom 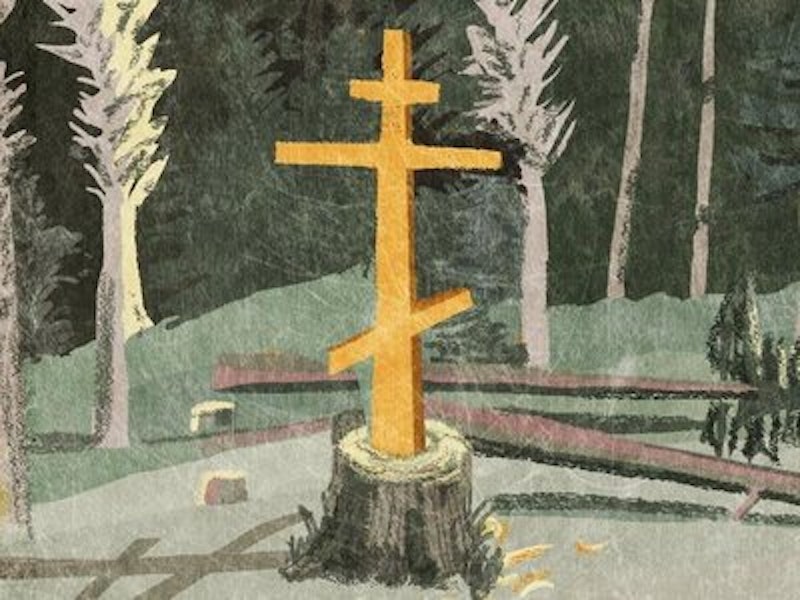 April, that supposed month of rebirth and renewal, this year brings ill winds. A visit to the clinic indicates that the health problems I’ve been confronting on and off over the last year, and that I’d hoped were permanently “off,” are “on” again.

But I haven’t internalized this lesson as well as I thought I had. In the wake of the doctor’s news, anxiety grips me; I lose sleep. To my horror, I find that I lack Christian detachment when faced with the agonies of the flesh; I am, it pains me to admit, over-fond of the pomp and splendor of the created world.

Profane pleasures still beckon to me. I still fondly think of the oysters I shared with Mother on the Rue Montorgueil in Paris during our honeymoon trip to that at that point not-quite-yet Mohammedan city; and of the scent of new-mown grass at the local high-school baseball diamond that Brother Aiden and I patronize, connoisseurs as we are of both good old-fashioned hardball and vital, gamboling young bodies at play; and of the hundreds of showers that Daughter and I took together until dawning puberty made her suddenly unwilling, and I was forced to forego these exercises in a soapy and convivial man-girl intimacy.

But no. If I’m to die before fulfilling my Biblical allotment of years—and the doctors assure me that it’s not at all yet certain that I will—then I must do so in the spirit of Christian hope, and not in the worldly despond in which I’ve been indulging myself.

Honest labor always helps set one straight, and there’s work to be done in terms of the governance of our Benedict Option community here in Indiana. This community has, as I’ve written, recently been supplemented by the arrival of Gaston, a French convert to Russian Orthodoxy, and his American wife Miriam. The latter’s disfiguring scoliosis has done as little to degrade her physical charms as her history of sexual abuse by her uncles in French Lick has dimmed her spiritual beauty.

I mention Miriam’s charms because Gaston’s insensibility to them must be the reason for his “wandering eye,” which made itself evident at our community’s recent Easter dinner. Take it from John M. Harris: there’s something unsettling about realizing that one’s Gallic tablemate is, to borrow that peppery Russian expression, “raping your daughter’s vulva with his eye.”

Usually I’d suspect that Daughter had contrived to attract this sort of lascivious attention to her body. But in this case, having sat next to her, I’m confident that she was the innocent, in fact the passive, party. (Passive? More like catatonic. Actually, Daughter’s behavior is increasingly zombie-like when she’s at home, to the point where a tradesman visiting our property recently inquired as to whether she wasn’t retarded.)

Father Nicodemus, our parish’s garrulous, bearded Russian priest, who tends to stink wonderfully of basturma, that dry Caucasian analogue to pastrami, agrees with me, I think. There he sat on the other side of the table, his cheeks red and his bloodshot eyes rolled back in his head as he vigorously worked with his right hand the rosary buried deep in his robes and muttered prayers, the only words of which I could make out (my Russian being only rudimentary) being Oy Bozhe! Oy Bozhe!—Oh God! Oh God!I could tell that he was praying for Daughter’s defiled chastity because when his eyes did focus, they focused right on Daughter’s pert bosoms—that locus of randy Gaston’s attentions.

More to come about this small scandal. I will need all of Father Nicodemus’ spiritual strength on my side. Not all is well in our little corner of Christendom.