As a teenager, I was a walking zit. 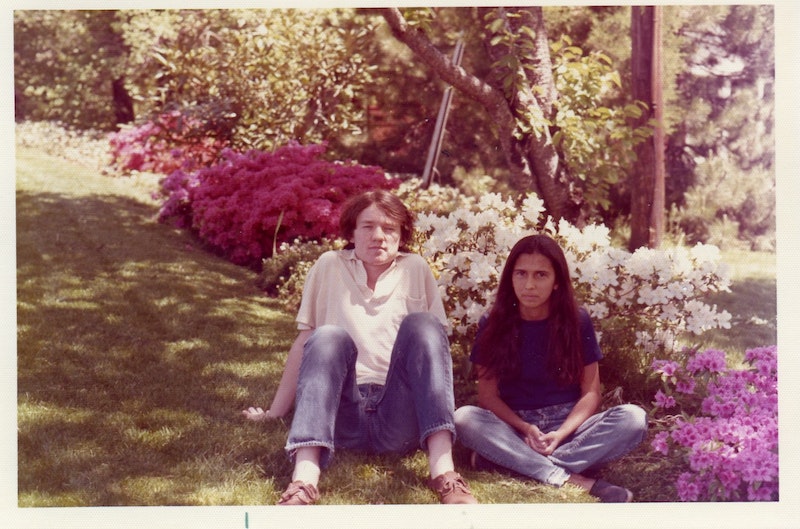 Six years, while attending the 35th anniversary party for Baltimore’s City Paper (which still existed), a college friend whom I hadn’t seen in decades, Ken Sokolow, remarked that my then-19-year-old son Nicky “looks just like you back when we were at Hopkins.” Another long-ago mate quickly retorted, with a maniacal laugh, “Right, Kenny, but Nicky’s got much better skin!” At first, I was irritated at this crack, but then remembered that the jokester was also plagued by a bad case of acne as a teenager, so I pled him out to a mere social misdemeanor.

A lot of my friends growing up agonized over an outbreak of zits, but my condition was, if not nearly the worst at Huntington High School, rather acute. Not surprising: as one who has very fair skin it was almost an automatic (although two of my four brothers miraculously escaped the curse, and coincidentally were the only two of the five of us who could grow a beard), and there wasn’t much to cure it. Before prescription drugs—which one of my sons took—minimized the damage, acne-covered kids sucked it up and made do with over-the-counter medicine like Clearasil and Tackle, which weren’t cheap and almost completely ineffective.

The razzing could be merciless, even after the acne ran its course but left scars and pits. One time, around 1983, my friend Michael Gentile, then art director at City Paper, was pissed off at a typesetter who’d groused at him about last-minute galley corrections. Out of earshot, Michael said to me, “That fucking pizza-faced scag can bite me.” It was rude, but the woman in question was really bitchy, so I laughed, uncomfortably, along. It reminded me of my News-Letter colleague, Marc Duvoisin (a mild case of acne, at least by college), who said of a pitted sportswriter, “Now, that guy really had a harrowing adolescence.”

On the personal vanity scale, I don’t rate too high—you get what you get, looks-wise—but having your face covered with different colored-shades of pimples really sucked. Not only was it at times mildly painful, say a big old angry pustule on your nose, but also it was certainly a negative on the chick front.

Back then, common lore said that chocolate was the number one culprit, along with sweets in general and greasy, fried food. I was pretty vigilant on the chocolate front, but other skin enemies were hard to resist, especially if you were stoned, which I was almost every day. I remember making trips to a Jack in the Box near Trenton when I was 17—we lived in Lawrence, NJ at the time—and thinking when I wolfed down three mystery meat tacos, oil dripping down my chin, that payment was due probably the next day.

Unlike today, when parents of at least middle- and upper-class means are quick to reduce the stigma by trips to a dermatologist, 45 years ago it was a different story: my own mom and dad, by no means unconcerned about the health of their progeny, were of the grin & bear it school, thinking, as “old” people did, that acne was a phase and would pass soon enough. Easy for them to say!

The photo above, taken in Huntington in 1972 a month before our family moved to Jersey, shot by Elena Seibert on my dad’s Minolta, shows me and our mutual friend Ruthe Anne Poma, taking in the azaleas. Had Elena used the zoom feature, you could’ve seen my blotchy face, a map of Ireland some unkind people might say.

Unlike some of my peers who suffered from the condition, I didn’t take pleasure in popping zits—scabs or blisters on the arms, legs and feet were fair game—figuring it’d only make matters worse. There were occasional humorous moments. One time, in 10th grade biology class, after the bell rang and other students scurried along, I laid back and requested an audience with the teacher, Mr. Donald Pratt, who was a pretty good guy. The night before my left ear was aching, and I felt a bump inside. I consulted the family encyclopedia, looking for symptoms of ear cancer. Anyhow, I asked Mr. Pratt—as if he were a doctor—to take a peek, and, to his credit, he stifled a chuckle, and said, “Well, Rusty, that’s what we call a pimple.”

You can see how this all got into my head. On the morning of June 30, 1972, around seven, my mother came running out of her bedroom, hysterical, crying that my dad, had another heart attack while in the hospital. It was a mad rush to the car, but first I hastily cleaned my face and removed the crusty Clearasil from the night before. My brother Gary, just graduated from the University of New Hampshire, and (he thought) spending a few weeks at the new homestead, zoomed up the road to the hospital in our Dodge sedan, and we made it there in time to see medical personnel, answering a “Code Blue,” or whatever they called it then, all to my father’s room. He died 15 minutes later; probably sooner, actually, but that’s when we got the news.

The following year, September of 1973, I arrived at Johns Hopkins as a freshman, a face still riddled with spots. Fortunately, it was such a new and dizzying world that I didn’t sweat the acne too much. That spring, after I’d accidentally conked my head on a shower nozzle one morning, I went to the infirmary for a couple of stitches. While there, the nurse gingerly asked if I was taking any medication for the acne. I answered in the negative, she prescribed an antibiotic, and my skin began clearing up within two weeks, and completely in two months. I couldn’t believe it.

I had just one recurrence: a few years later, on a months-long crystal meth jag, mostly to juggle school work, my News-Letter duties and rotating part-time jobs, my weight dropped to 120 pounds and the zits reappeared. Once that second semester of junior year was over, I quit the meth, the zits disappeared, and went off to Germany and Scandinavia with my oldest brother’s family and ate whatever the fuck I wanted.