How We Write Our Hot College Comedies

Feeling blue? No zest for life? Then sit back and enjoy some hot college comedies in the grand Animal House tradition! 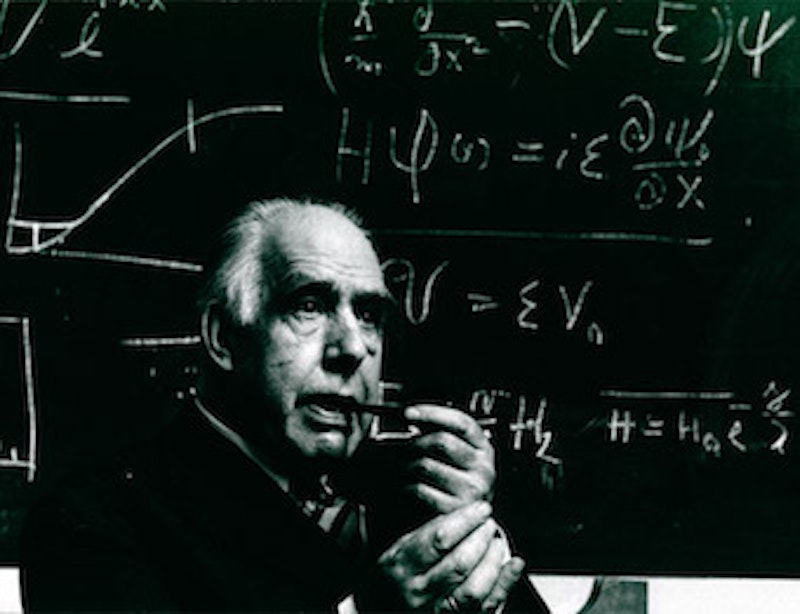 Here’s the pitch: Micah the Cat is a former grad student who dropped out of his Knowledge Studies program after “going ABD” and then became America’s favorite flabby orange tabby. How do we know that he’s America’s favorite? Because we’ve done extensive statistical modeling and the R2 was nearly 1, which means that almost 100 percent of the variation in the response variable can be explained by the explanatory variable. And doesn’t it make sense to you that an explanatory variable should explain this variation? It seems like common sense to us—but common sense is pretty fucking uncommon in our day and age!

Anyway, Micah the Cat lives in a garret in the Williamsburg neighborhood of Brooklyn. He splits expenses with Pawscar Wilde, a creepy old Maine coon who alternates between quoting lines from Quentin Crisp’s The Naked Civil Servant and trying to get Micah to look at his extensive collection of naughty Polaroids. Micah is an accepting sort of pussy, but he doesn’t exactly “swing like a pendulum do,” so there’s been a lot of dramatic tension between these two characters. At least two of the first season’s episodes dealt or will deal with what happens when Pawscar tries to “get the drop” on Micah while he’s sleeping. Let’s just say that the fur flies and leave it at that, ha ha ha! Ha ha ha!

Furthermore, Micah the Cat is a show from which kids can learn valuable lessons. One of the key lessons is that the world’s a horrible place, especially if you’re lazy, poor, and “high as a Georgia pine” most of the time. Occasionally Micah’s parents float him 15 or 20 bucks to get by, but usually he just sleeps until three or four p.m. in the same pile of kitty litter where, to borrow a line from Pawscar, he “takes his toilet.” Needless to say, Micah thinks about erasing his map a lot—but only in the silly, narcissistic way that most forever-young-but-slowly-getting-older, over-educated people in his position do. In fact, Micah the Cat is living high on the hog compared to the mice he spends a good portion of each show hunting down and killing.

Micah likes to read continental philosophy and still dreams of a day when he will complete his dissertation about “the totality of things.” But he’s tackled too big a topic and is too wrapped up in a relatively easy routine of coughing up huge hairballs, writing hot takes, and trying to grow his Patreon grift to ever finish it. He is, in short, a tremendously sympathetic character and we’re sure the children who watch his misadventures and antics will come to adore him and his “meower power” catchphrase.

[NIELS BOHR, as played by either Peter O’Toole or Bruno Ganz, WALKS INTO THE CLASSROOM. A 200-dB LAUGH TRACK more or less SPLITS THE ROOM IN TWO. As a result, the fat student at the head of the class—the joker of the bunch, one assumes—SUFFERS A HEART ATTACK. This is all meant to be FUNNY AS HELL.]

[BOHR draws a picture of an atom on the blackboard. Before he can write a single word, though, the LAUGH TRACK CAUSES THE BLACKBOARD TO SHATTER.]

[The LAUGH TRACK makes ANOTHER SWEEP. Three other students, by the looks of them real “hottie” or “Zach Morris” types, EXPLODE into LITTLE PIECES. This looks LIKE THAT SCENE FROM CRONENBERG’S SCANNERSbut it also LOOKS LIKE NOTHING YOU’VE EVER SEEN BEFORE.]

[BOHR turns back to what’s left of the blackboard and sketches his revised “Bohr Model” of the atom. THE LAUGH TRACK WALKS INTO THE ROOM, WIELDING A BASEBALL BAT, and STARTS WHALING ON SOME DUMB “JOCK” TYPE IN THE BACK ROW. Another, slightly less abrasive LAUGH TRACK, LAUGH TRACK #2, ACCOMPANIES THE BEATING and VIDEOTAPES THE WHOLE GODDAMN THING.]

[A third laugh track, LAUGH TRACK #3, ENTERS WITH ONE OF THOSE BIG 1980s-STYLE “BOOM BOXES” ON ITS SHOULDER. The few STUDENTS who are STILL ALIVE start BUSTING SOME PHAT MOVES. This is meant to be JUST GREAT. No one GIVES TWO SHITS ABOUT THAT STUPID OLD NAZI NIELS BOHR, much like they didn’t care about PRINCIPAL ED ROONEY, as played by CONVICTED SEX OFFENDER JEFFREY JONES. The takeaway message here is that SCHOOL’S COOL IF YOU’RE A TOOL OR A FOOL.]

“Oh yes,” the eminent Professor J. Ruggleteapot began his answer, “The inclusion of Niels Bohr in this latest version of this hot college comedy is bizarre. How is it, one wonders, that Niels Bohr, a German idealist philosopher who lived hundreds of centuries ago, could have possibly interacted with Brian Powell, a humble 20th-century pizza boy?”

“That… that was my question,” the student mumbled weakly. “You just re-phrased my question.”

“I think we’ll all agree that I phrased it better than you ever could,” Ruggleteapot said, pleased with this latest demonstration of the pedagogical merits of the “Socratic Method.”

Bumbling assistant professor Niels Bohr just can’t seem to win for losing. First he was denied tenure, and now he finds himself teaching Intro to Earth Science—“rocks for jocks”—to the coolest bunch of boneheads and bimbos at University U. They are:

“Toe” Beans, the handsome star receiver on hard-as-nails coach “Herc” Broadsides’ (Broadsides plays himself, naturally) top-ranked football squad. He’s a real “wild card” and is always “cutting up” in class—nobody does Professor Bohr’s German accent quite like “Toe,” leader of UU’s wild and crazy “Zoo Crew” fraternity (which appears to consist only of him and fellow “jocks” J.P. Crackerjack, Babyjesus Shaheed, and Davey “Brick” Shidaus)! He’s also a real lady’s man and sometimes gets “called on the carpet” for secreting a charming coed under his table during one of Bohr’s boring old lectures about the virtues of sedimentary rock.

Camden Camden, the pretty girl who is so beautiful on account of her good looks. Even though everybody believes Camden Camden has a secret crush on “Toe” Beans, her secret crush is actually on herself and she spends almost every waking minute trying to steal glimpses of her sunken cheeks, bulging veins, and bloodshot eyes on any nearby reflective surface. She’s also a Gemini (or maybe a Virgo—a girl never tells, lol)!

Pillowface Jones, Camden Camden’s “sidekick” on account of being cursed with a pillow for a face and having an assigned seat right next to CC’s. She loves checking her Facebook, and that beloved social network proves to be a key plot point in several episodes. She also has the hots for “Toe” Beans, who wouldn’t notice her even if she secreted herself under his table and commenced yanking his crank.

Micah the Graduate Student, the despised TA and resident “nerdlinger” who serves as the butt of the “Zoo Crew’s” assorted pranks and punkings. At one point, he’s beaten within an inch of his life and left facedown in a urinal. At some point, he disappears and is transformed into a cat.

A note on the filming: This is one of those “documentary-style” sitcoms that viewers seem to love these days, except it’s got a laugh track (five of them, in fact, each with a different-colored ‘do rag and set of “phat” breakdancing moves). No one will ever explain, even in passing, why the show is being filmed this way—it’s just a vehicle for “Toe” Beans (as played by Chris Klein) to wink, wink, wink at the camera and pretend to be a 20-year-old despite the fact that he’s pushing 40. And that’s the thing: All of the actors playing these characters should be established, because who better than an established, middle-aged thespian to play a “horndog” teenager (bonus points if he or she has played such a character before, because that’ll make their new roles—which are hopefully almost identical to their old roles—easier to swallow).

A special note on the highly topical ending: The rooms of the lecture hall are locked from the outside. Hated, put-upon undergraduate “Pillowface” Jones then opens fire on the “Zoo Crew” et al. with either an L85A1 bullup rifle or an H & K G36—take your pick—and kills everyone in the room in short order except for herself, Micah the Graduate Student/Cat, and Professor Bohr. Several laugh tracks bang furiously against the locked doors, eager to catalogue this hilarious scene, but are unable to gain entry. Professor Bohr begs for his life and Micah begins to cry. However, Pillowface Jones trains the gun on her own pillow-face and blows her stuffing out. As her down filling is dispersed through the air, the camera zooms in and follows a single feather as it descends to the ground. This is all very artistic in the style of American Beauty but also funny and touching in a warm, sweet way—truly the best way to dispatch these memorable characters to the “promised land.” And this is just the pilot!
•••

“I don’t know about that last one, Crow,” Big Cheese said after a spell. “Seems pretty damn dark to me.”

Zombie manservant Crow’s ears perked up a bit, which caused his rotten left ear to fall off. Laughing embarrassedly, he picked it up, concealed it from view behind his back for a moment, then—when Big Cheese wasn’t looking, of course—ate it. He burped softly and then asked, “What’s wrong, boss? That’s one of those David Hogg-type hot takes you wanted. Parkland stuff, real hip. Underground!”

Big Cheese lit a cigar, which he molested rather thoroughly between his string-cheese fingers, a thoughtful expression on his enormous cheese-wheel face. “I’m in one of my moods, it would seem.”

“Would you like me to sing that Phil Ochs song you love so much, sir?” Crow asked. “Or maybe the Gloria Estefan tune? ‘Turn the Beat Around?’”

Crow nodded. He scratched his exposed zombie brain and then stood at the ready for a few moments until Big Cheese spoke again.

“Sometimes I feel like, eh… Maybe I should’ve devoted myself to another field, y’know? Something besides, uh, movie and television production, get me?” Big Cheese thought out loud.

“Oh, you’ve had a great career, sir,” Crow offered immediately. “Jack Chaser: Two Days from Retirement was a hell of a picture. Everybody knows that. It won a People’s Choice…”

Big Cheese sighed loudly, effectively cutting Crow off. “I just think sometimes that I would’ve gotten a bigger, uh, vicarious kick out of, I don’t know, owning a sports team or something.”

Crow nodded, since he didn’t know what else to do in response. He was a zombie and a yes-man, after all. He had but so many courses of action at his disposal.

Big Cheese “hrmmed” for a minute before drumming his desk with his knuckles like John Bonham working a three-hour rendition of “Moby Dick.” Bonzo never drummed with his knuckles, of course. You understand what I mean, though. “Crow?” he finally asked.

Crow pushed his rotting teeth and gums back into his equally rotten mouth and looked up. “Yessir?”

Big Cheese allowed the ensuing pause to enter the third trimester of its pregnancy before terminating it with a controversial dilation and extraction procedure—by which I mean that he waited a really long time before shouting “Get me Ludwig Wittgenstein on the line!”