Why My Debut Novel Smoking Is Cool Was a Prison Memoir 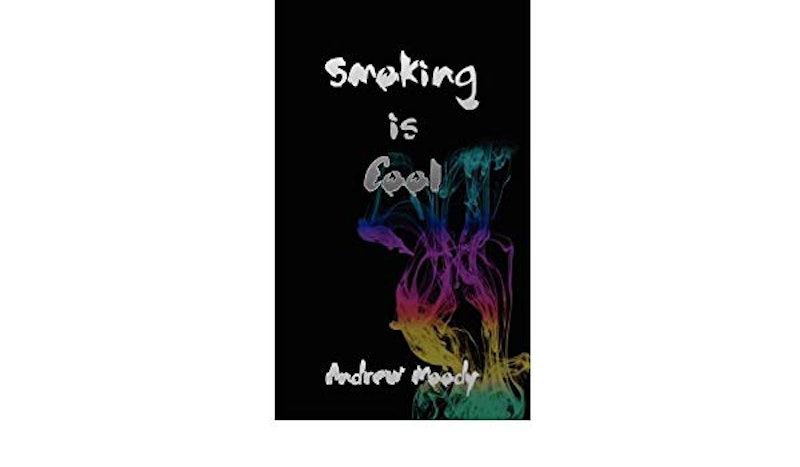 Unhappy children smoke. Happy children don’t. I was a very unhappy child, and when puberty failed to start, I sought out cigarettes. The night before I knew I was about to smoke my first, I practiced in front of the mirror with a long ink cartridge, pretending to be Gary Cooper. Like many troubled, imaginative teenagers in the mid-1990s, cable TV had wall-to-wall old movies, and smoking was always equated with sexual power.

There have been a lot of killings in London since Halloween 2017, culminating in a massacre in my home town of Bromley between June 23rd and June 24th 2018 (which was blacklisted by the UK media for political reasons). Ever since I survived a Yardie acid attack on Halloween 2017, death has become my constant companion.

People who know me may pity my situation, but are also dangerously aware that simply being in my presence could get them killed. For the rest of my life I must assume this is my reality, part of the reason my Soundcloud and Twitter are often under-promoted and hidden from popular view.

I have to write these articles (no point now in writing another book in the age of Outrage and Snapchat) because the general public hates the fact my book exists, wrongly believing it to be an insidious plan to kill as many of their children by the horror of cancer as possible.

The reality is there were many working titles, but Smoking is Cool made the most sense. Although the narrative flickers back and forth, the linear start of the novel is where the protagonist wakes from a three-day coma after an overdose to find he’s had no missed calls on his phone.

My editor knows the severity of my situation, and even though I have submitted around eight or nine articles within the past couple of weeks (written from an acute psychiatric hospital) he has not yet published a single one. This is presumably for my safety, and not his own, as I know him to be a committed and experienced journalist.

There are numerous criminal contracts out on my life, and I was only put under a Section 17 of the mental health act after surviving a bottle to the head. I was taken from A and E to a psychiatric ward, with no reason given. I’m writing to ensure that my family knows that I love them dearly, and that this will be the last for a while, until my editor decides to publish.

Smoking is Cool should be the last respected prison memoir ever written, and if this is the case, even if I die violently, I’ll have died for a just cause.