Shaped by Our Times

We don’t know what it’s like to have lived in a world unchanged by modernism. 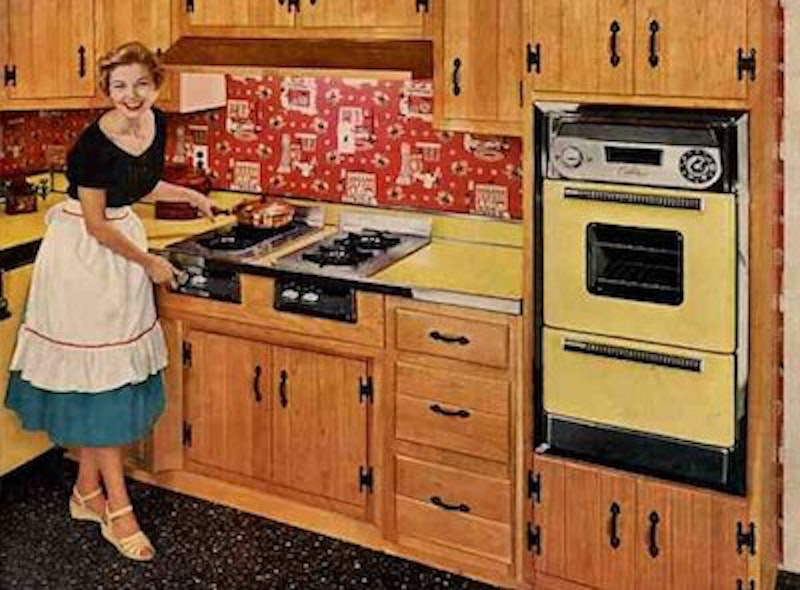 When I was young I met a man, a friend of someone in my extended family, who was 90 years old. At the time, somewhere between 1982 and 1987, that was an incredible age to me. I can guess at the dates because his surname was Rambo, and remember somebody joking about the movies. In any event, then, this was before 1990; which means, although I don’t have a particularly clear memory of it, I’ve met someone born in the 19th century. Which is something no one will ever do again.

The last person born in the 19th century, Nabi Tajima, died earlier this year. Time moves forward, and experiences are lost to the world with hardly anyone noticing. Children born now will live long enough to see and do things that their elders cannot imagine. But those elders have also seen and done things that the children will not know.

Much of those are perhaps trivial. But they help shape a world. By the time I was born, pocket calculators were commonplace. My father gave me his slide rule, and I couldn’t understand how it worked. It was an everyday object for decades, something I’d read characters in old science-fiction stories using regularly. But it had passed out of easy understanding. My nieces, both under 10, may well never even see one outside of a museum.

They are unlikely to use a phone booth. It’s marginally possible they’ll use a rotary-dial phone, as my aunt still has one, but I can’t imagine that they’ll ever use a floppy disk just as I’ve never used a computer that relies on punch cards. Obsolescence is ongoing in small ways and great: I’m too young to have ever had a souped-up hot rod, even if I’d wanted to; my nieces are too young to know what it means to roll down a window; the generation after theirs will probably not know what it’s like for a human being to drive a car instead of an AI.

We’re shaped by our times, which contrariwise means we’re not shaped by the times that are not ours. We can know that the world was once other than we know it, but not really know what it was like to live in that world. We can’t know, or really want to know, what it was like to live in a world that feared smallpox or polio or the bubonic plague. Still, technological change in itself is rarely total, which is to say that technology can persist though outmoded. You can still send a telegram; cathode-ray screens are still made; LPs and CDs and even cassette tapes have their devotees.

Demographic change is more certain, usually for the better. Canada’s a more interesting place now that it’s more diverse; the food options alone make for a higher quality of life. My nieces are growing up in a less colonial country, one less likely to look to England (and to a lesser extent France) with a specific and unsettling kind of servility. They will not know a country that could pretend to be the product of only two founding peoples.

I wonder, though, if what reshapes us most are cultural and artistic changes. I never listened to pop or rock music without having heard the Beatles, and have never been able to listen to 1050s rock ’n’ roll without thinking of what came after; at some point nobody will remember a world where nobody had heard Sergeant Pepper’s. Few people now alive can read a novel without an experience shaped, however distantly or unknowingly, by the modernist techniques of Woolf or Joyce.

We’re not shocked by Ulysses or The Rite of Spring; we may not like them or appreciate them, but they’re not startling. They don’t open up completely new horizons to the world at large, because they opened them up decades ago. Who now can remember the change? C.S. Lewis used to present himself to his students as a survivor of a vanished world; he’s been dead for over 50 years, his world now comprehensively vanished. We don’t know what it’s like to have lived in a world unchanged by modernism.

Fantasy writer John Crowley once imagined the world as a series of rewritings—every so often, as the world changes, it changes its own past such that the way we remember things is the way they always have been. In small ways this is constantly happening as old memories of the world die away. It’s one thing to know what a slide rule is and how it was used; it’s another to actually use it on a daily basis. I don’t doubt some people still do. But for how long?

It’s startling to watch a TV show from the 1950s and remember that once refrigeration was not a reliable and omnipresent household technology; it’s more startling to think that memories of that world are being lost to old age. Watching La Dolce Vita for the first time not long ago I was struck by how the 1960s ideal of the sweet life was, to my eyes, shaped by the poverty of a Rome still recovering from the Second World War, and by the simplicity of an era without smartphones and the Internet.