Someone Grabbed My Hackle on Halloween

I was assaulted and I fought back. This is my story. 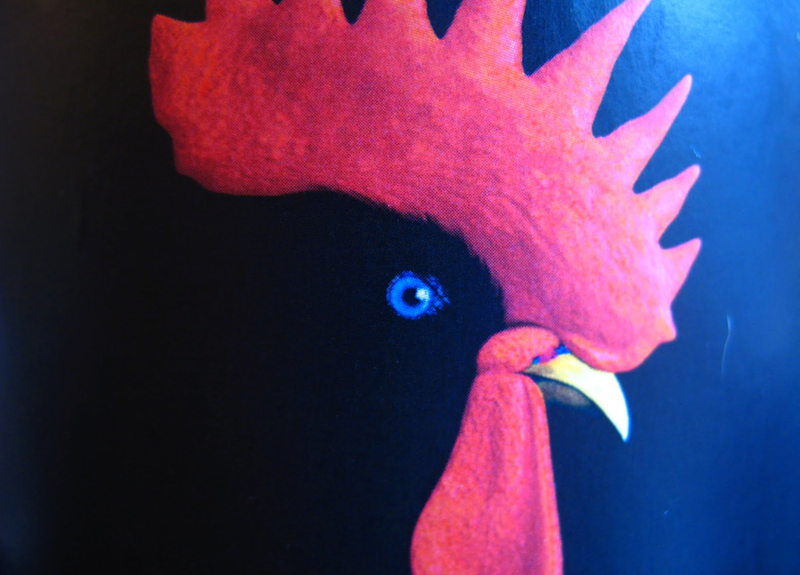 I was physically assaulted on Halloween. Believe me, I’m not crying wolf (they eat me). This was an act of casual violence, degradation, and humiliation that happened in my little corner of the world here in the rural Northeast. I know now to carry mace, a multitool, and a sidepiece on me on at all times to avoid any future invasions of my space and body. I’ll try to recount what happened as best I can—keep in my mind I’m still emotional, and probably in shock—because it’s important I speak out on behalf of all birds and wild animals that have to share this earth with the disease that is humanity. I’m feeling pretty Alan Cabal tonight, so bear with me. These are the events that occurred on the night of October 31st, 2017, as best as I can recall.

My wife Monica and I were walking down Main Street dressed up in costume. I was the Monopoly Man and she was the sister dying of cancer in Cries and Whispers (I love Monica but sometimes I don’t fully understand her sense of humor). I’ve got my top hat, mustache, monocle, and tails on, and she’s in soup-stained rags and a nurse’s cap, with corpse paint all over her face. She insisted on screaming hysterically whenever some children would pass by and ask us what we were or simply say “trick or treat!”

They didn’t take it well… in retrospect this might’ve laid the groundwork for the violence that followed. We stopped by my friend Eddie’s house off Main Street and bobbed for apples and smoked some wheat with him. I think Eddie had imbibed a little too much “apple cider” and he was getting touchy so we pulled an Irish Goodbye and left without notice. It was getting late—eight, maybe eight-thirty—and we were ready to call it a night. As we turned back onto Main Street, a woman approached us and tried to start a conversation. I kept moving, but Monica, always polite (despite her “costume”) humored her. So I hung back, and did my best to wait it out.

“Ohhhhh MY GOD! Whaaat aaarreee youuuuuuuu?” Incoherently drunk people slurring their words and making fools of themselves is an instant tell for me to ditch and dive, but Monica couldn’t help herself. Instead of simply saying what she was dressed as, Monica started wailing as if every bone in her body was bent and burning. So this bitch freaked out and swiped the little white hat off my wife’s head. I went into panic mode and ambushed her from behind. “What’s the trouble here?” Maybe she was a tourist, or just an idiot, because she looked at me as if she’d seen a ghost. As if a talking rooster is unique in 2017. Christ, get with the times. She took a step back, eyes wide open, and bent down and PULLED MY HACKLE. SHE TRIED TO PULL IT OFF OF MY BODY. SHE THOUGHT IT WAS A COSTUME!

“Whooooooo issssss sheeeeeee? Ohmigod SO CUTE! Where are your owners?” That’s when I flipped and spur-clawed her right in the stomach. Her torso started spraying blood and her screams were even worse than Monica’s so we walked away quickly while bystanders came to her aid. Whatever. I don’t care if she bled out; it’s not okay to touch a rooster’s hackle without their explicit permission. She knew what she was getting into, and frankly, she was asking for it. I haven’t checked the papers to see if she made a scene about it, but we’ve been getting steady cop knocks for the past couple days and some very stern men outside. No matter: Monica and I like to indulge in some casual drug denning around this time of year, so we’ve been taking it easy sampling some of China’s finest opium with these very long pipes that my cousin Bennington got me for my birthday.

Maybe when I wake up tomorrow it’ll all go away: the sorrow, the trauma, the pain. But for now, hey, I’m good. As for the woman that assaulted me? Well, she got what she deserved, and once is never enough for these types of people. Be on the lookout for avian-insensitive humans this fall—they might just try to grab part of your body and yank it like you’re a toy. People: be better. Animals—be like Rooster: retaliate, preferably with violence. It’s the only way this world is ever going to change for the better.