How Long Until John Green Books are Taught in Most Schools?

On the approaching The Fault in our Stars premiere. 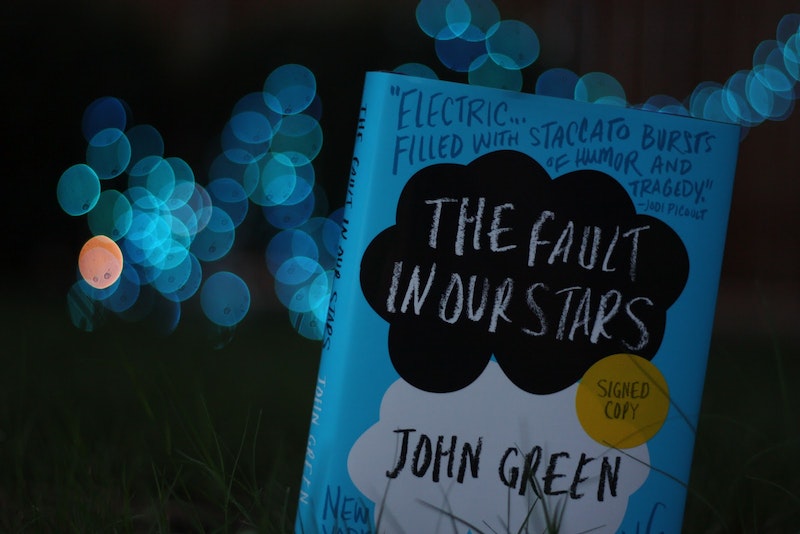 The late Ned Vizzini once said to me in an interview that the most rewarding part of writing young adult books was reaching a large readership. That must be attractive in an era where people don’t read books nearly as much as they used to. Teens are also more impressionable—a young adult author is more likely to have a lasting impact on people’s lives than other writers. This also explains the devoted fan bases that some young adult authors cultivate. Harry Potter, The Hunger Games, and—sorry—Twilight, have crossed over from popular teen novels to cultural monoliths. John Green’s The Fault in our Stars is about to do the same.

So much has been written about the novel that it’d be repetitious to explain the story in detail, but for those who aren’t familiar it’s about two cancer ridden teenagers who fall in love. That description alone makes TFIOS sound like Nicholas Sparks at his sappiest, but Green deftly navigates through the mush to create a funny, realistic, look at the lives of two teenagers who just happen to be dying. The novel has sold over seven million copies worldwide and the film adaptation is coming out this Friday.

Of J.K. Rowling, Suzanne Collins, and Stephenie Meyer, Green may actually have the most devoted fanbase. He commands his colony of “nerdfighters,” as they like to be called, with his brother Hank. Through weekly YouTube videos, many of which have been viewed over a million times, he vlogs about charity, current topics, and issues that are usually reserved for the classroom, like the American Dream and Moby Dick. Green probably deserves to cultivate as many eyerolls as James Franco, with a mission statement like “nerdfighters strive to decrease world suck,” but it’s hard to deny his passion, or his success.

“The Project for Awesome,” a sort of YouTube hosted telethon, raised over $800,000 for various charities in 2013. VidCon is an annual convention, celebrating “video viewers, creators, and industry representatives worldwide,” according to its Wikipedia page. It was attended by 12,000 people last year. Crash Course is an educational YouTube channel that educates viewers about American history, chemistry, psychology, and practically every other subject you can think of.

Green has released five novels (one with David Levithan), all of which have gained critical and commercial success. His first novel, Looking for Alaska, won the Printz award for young adult fiction. His follow-up, 2006’s An Abundance of Katherines, was nominated for the same prize. 2008’s Paper Towns is currently being developed for the big screen. And TFIOS, his most popular book, is already as much of a staple in teen literature as The Catcher in the Rye. What I respect most about Green, however, is his hard stance about never publishing a sequel to one of his books. This is refreshing in an age when everything is a trilogy.

Green often falls victim to one of the largest genre tropes in young adult fiction: overly precocious characters. His characters are far more concerned with existential fears of oblivion and verses of Whitman than any normal teenager. The impossibly beautiful girls are also impossibly quirky. The protagonists in four of his five novels (including Hazel from TFIOS) are also virtually identical in personality and demeanor. They’re the shy quiet types who are academically advanced but view themselves as ordinary.

It’s easy to forgive his flaws, though, when he writes stories as compelling as TFIOS. He’s a celebrity author in 2014, after all. He must be doing something right.