My Crazy Neighbor Who Got It All Wrong 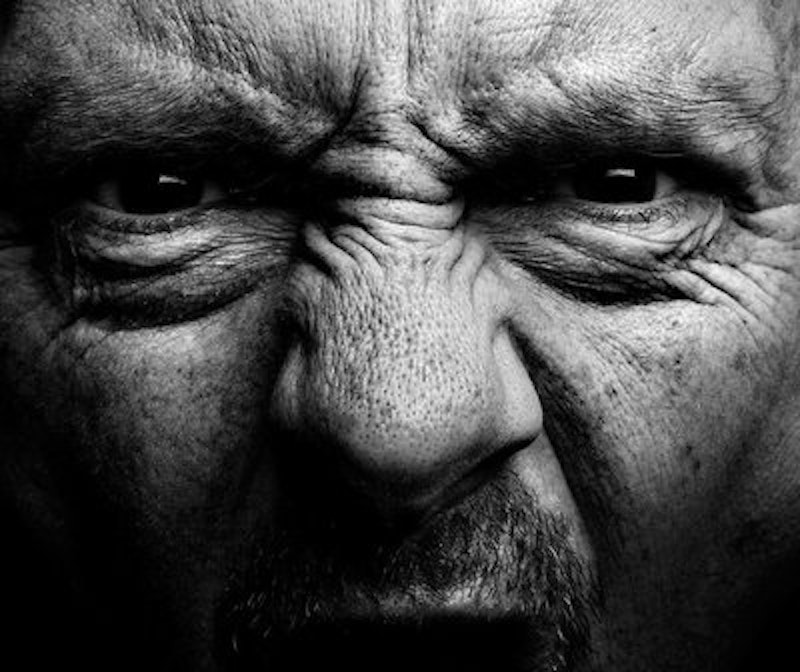 Smith won't talk to me. At first I regretted this and now I don't. I feel that I gave him too much patience and attention and got back various sneers and quick judgments culminating in overload. I have a tale of grievance to tell, which is the same sort he always told as well.

My upstairs neighbor and I were talking about him the other day. The three of us used to be in the same building, along with the drunken handyman who lived in the basement and was Smith's ancient pal from long ago, though now Smith and the handyman were fed up with each other. Their mutual disgust was a constant through the dozen years I lived under the same roof.

The upstairs neighbor and I moved out at the same time, and now I live a flight down from him in a new building. Not much goes on in the new place; it runs too well. As a result, my neighbor and I hash over old times. A fairly sane man, my neighbor looks on Smith as a tortured curiosity who can't think straight. But he likes Smith more than not, whereas he despises the handyman as a shambling mess and a conniver. “But with you it's the other way around,” my friend said. “You still like Henri but you've got no use for Smith.”

Not much use. We had our good conversations, and I've been fond of him, and I'm pretty sure he's kept some secrets that I super-swore him to. But my view of Smith is bleak. I always thought he was crazy, since he's a motormouthed hysteric, a rattlebrain who hasn't held a real job in decades. Looking past that, I now see him as mean. Putting aside his obvious dysfunctions, one also glimpses an unpleasant personality. That's my view. Here I mention the various sneers and quick judgments.

But the handyman was also mean and a fellow to look down on. When it was two in the morning and he was stewed in front of the TV, I might see an ugly look in his eye, and once he came out with a barb that hit hard and true. Even so. I like the little idiot, mess that he is.

Here's a difference. You could yell at the handyman. You could tell him at length what an asshole he was, and get into reasons. Smith didn't tolerate that stuff and nothing like it—not even the reduced, reasonable version available to people who speak to each other directly but without shouting. He was affronted by any attempt to push past his craziness. Talk back to him and you attacked him.

Smith tended to crowd people, and to glower and bark, but he didn't notice these things. He lashed out at people who didn't do as he told them in furnishing their apartment or investing their money. But he remembered mildly offering suggestions. The aftermath of the conflicts also played out differently than he remembered. Moments swelled in his head, and the facts about who had done what would fly around.

My upstairs neighbor told me how Smith described our occasional clashes. “He was just walking along and you began yelling at him about nothing” and “He says he just quietly asked for you to leave the garage and you sat there playing The Simpsons.” My neighbor told me that finally he had talked with a witness to one of the clashes, a lady professor from India who was beloved by all. She lived two doors up the street and had been talking with me on the front steps when Smith happened by. She said Smith's version of events was inside out.

Among other things, the professor described how Smith whirled on his heels and marched off at the end of the battle. My upstairs neighbor said Smith had told the story with me marching off. The news baffled me, since no opinion is involved here: it's fact, and I know I was sitting on the steps for a minute or so, awkwardly making conversation with the professor, after Smith turned his back and said there was no point in his being there. Nor do I think that marching off is necessarily so terrible. If he says I marched off, I'm glad I didn't, but I don't see the claim as big enough for the mind to get snagged on.

Yet there I am with my credentialed moment attesting that I am right and Smith is wrong and crazy. Right now this is all I have left of our friendship, and I feel like I could be satisfied with that. Maybe my mood will change.