My Ten-Year-Old Still Wakes Me Up

The truth is, everybody's got their quirks and rituals. 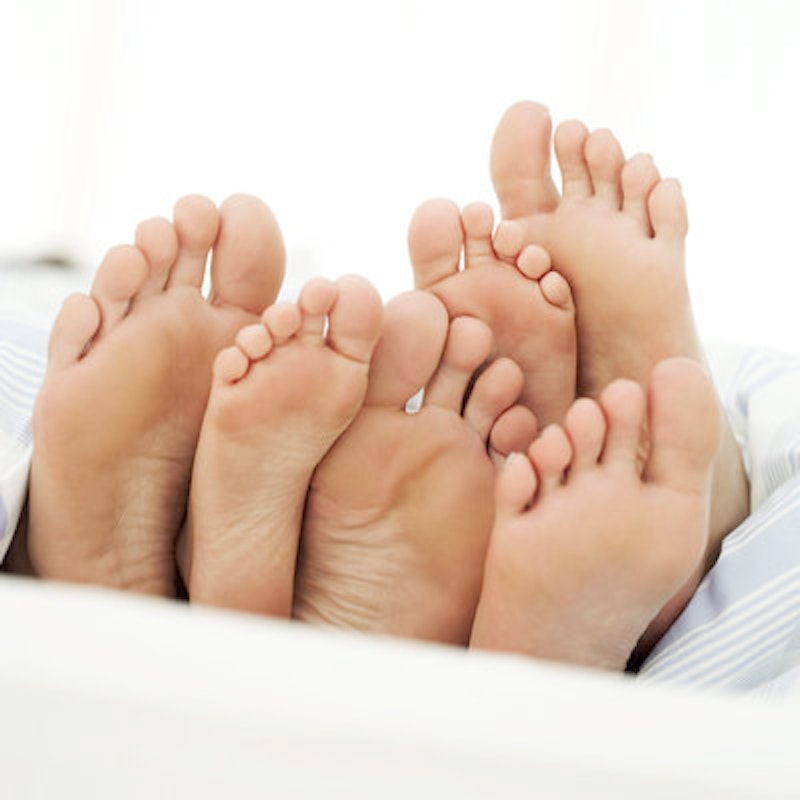 Like most parents, we were relieved when our child finally started sleeping through the night so we didn't have to see his beautiful face at all from eight to 6:30 or thereabouts. It took a while, and I don't remember exactly when it ended, because everything sort of blurs around the edges when you're sleep-deprived, but somewhere around when he turned two or two and a half, he stopped crying out or appearing in our bedroom. We didn't have to go to sleep with him to keep him from getting up; we didn't have to re-jigger the sleeping arrangement at 3:30 a.m. while half-zonked. He just went down and stayed down. He was our sweet independent pookie, undisturbed rest was ours, and all was well.

And then, as peacefully and wonderfully as it started, it ended.

Around a year or two ago (again, sleeplessness washes out the details) he started wanting one of us to lie down with him when he went to bed. That wasn't so bad… but he also started waking up and sleeping in our bed. Which meant that once again, at around 3:30, I would wake vaguely to find my nine-year-old leaning over me expectantly, and I would stagger up and wander futon-ward while he snuggled into place beside my wife and/or the pudgy cat.

The boy is 10 now, and we’ve attempted to reason with him. "When you wake up, just go back to bed," I say. "Your father is old and tired, have pity on him." And he nods and says, "Okay," and maybe we'll skip a night, and then the next night his curly head is there again in the dim watches of the night, and it's futon ho.

We could be stricter, I guess. When the head pops up, I could say, hey, I'm not going to the futon, I'm staying in bed with the unconscious wife and the even more unconscious cat, go on back to your bed like a big boy and stay there like a big boy, okay? Who's a big boy?

I guess I did consider taking a harder line last year when too much stress and too little sleep put me in the hospital with a seizure.  But I'm less stressed this year, and the truth is it's not a huge deal to move to the futon. Usually I just fall right back to sleep. And do we really want to make a big deal out of it? I remember in Richard Wright's autobiography Black Boy, he wrote about how he was staying with his uncle and he learned that a boy had died in the room he was sleeping in, and he became terrified and couldn't sleep at all. He begged to sleep elsewhere, but his uncle felt like he should tough it out and be a big boy, and massive misery ensued, and then years later Wright wrote about how awful his uncle was in an autobiography that's famous and read by tens of thousands of people at least, all of whom are like, "Wow, you sucked, Uncle Clark." Probably my son won't write an autobiography like that, but it's best not to risk it.

Besides, the truth is, everybody's got their quirks and rituals, and it's kind of nice to indulge him a bit while he's still happy to let his parents indulge him. He indulges me too, after all; I ask him to give me a kiss with some frequency, and he does even though I'm a freelancer and never see people in real life and so don't often shave and my whiskers are therefore scratchy and unpleasant. It would be good for him to sleep through the night in his own bed like a grown-up civilized human type person. But on the other hand, I'd like him to learn that when he wants some love and affection, the folks closest to him will shift around a bit to provide it. Independence has its place. But it's not so wrong to need people when you're 10, or older.