Is There Anything Wrong With Parental Bribery?

Call it allowance: it’s paying to get kids to do stuff. 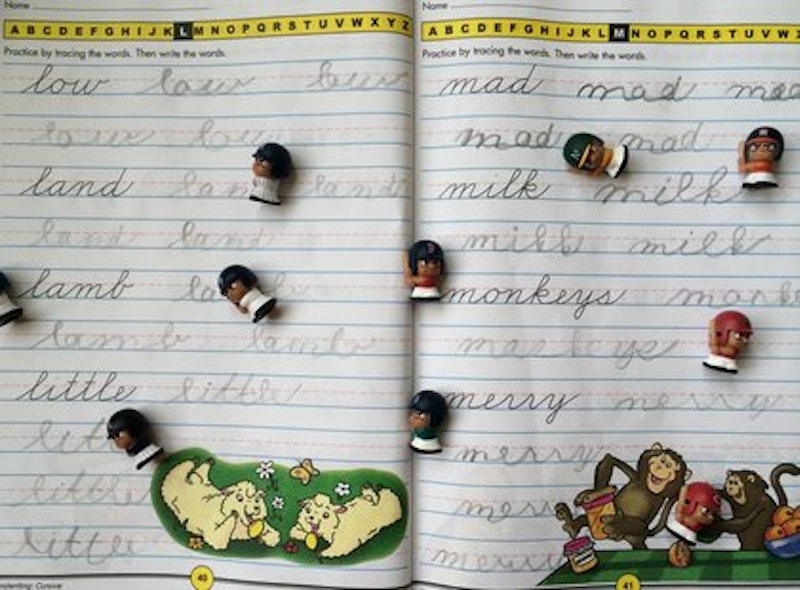 As a mom of 20 years, I never liked the idea of no-expectations allowance, but I’ve always been a huge fan of bribing your kids to do work. Though I tried when I only had one child, I never got behind the whole “chore chart” situation, abandoning it after a few kids and a realization it’s way too much trouble. I feel sorry for moms today who face peer pressure not only to be organized to do this type of thing, but to be so organized about it that they have a whole Pinterest board dedicated to it. Thank God I was a mom before Pinterest. Fuck that noise.

When my oldest was younger, she announced one day (while living in a landlocked county) that she wanted to take surf lessons. I told her she’d have to save money for that: several hundred dollars, even with a used board. She was determined, doing every chore she could think of and compiling the money, which I contributed to at her birthday and Christmas. Eventually she bought a surfboard and took her lessons, and I have to believe the experience was more meaningful because she paid for it with hard-earned cash.

Recently, upon discovering that my 8-year-old’s school (like many others) would not be teaching cursive handwriting anymore, I was horrified that my son would never be able to sign his name to a document in cursive, read the Declaration of Independence, write a love letter (to me, of course) with a pen.

Luckily, the perfect bribery set-up presented itself. My son, after finding out about them in his second grade classroom, started collecting tiny action figures called “TeenyMates.” They’re about an inch high, come in a variety of team sports, and are very inexpensive. Lightbulb. Would he like to trade completed pages in a cursive handwriting workbook (acquired on the Internet) for TeenyMates? You bet he would. The foil packs and their mysterious hidden figures are in a pile on my nightstand. He collected all the NFL team figures just in time for spring and baseball season. He’s moved on to collecting the MLB teams. When he finishes two pages of cursive handwriting and just before he opens a new two-figure pack, he says he can’t wait to open a Baltimore Orioles guy and I say I hope it's a Philadelphia Phillies guy.

He finished the alphabet of letters and has moved on to the pages that involve writing whole words beginning with each letter. He’s up to the letter Q, and after the words pages, there are sentence pages. He has nice handwriting, plays with his TeenyMates all the time, and I can’t believe there’s anything wrong with parental bribery.