Hot Water in the Blackout

Youthful indiscretions that (sort of) taunt me. 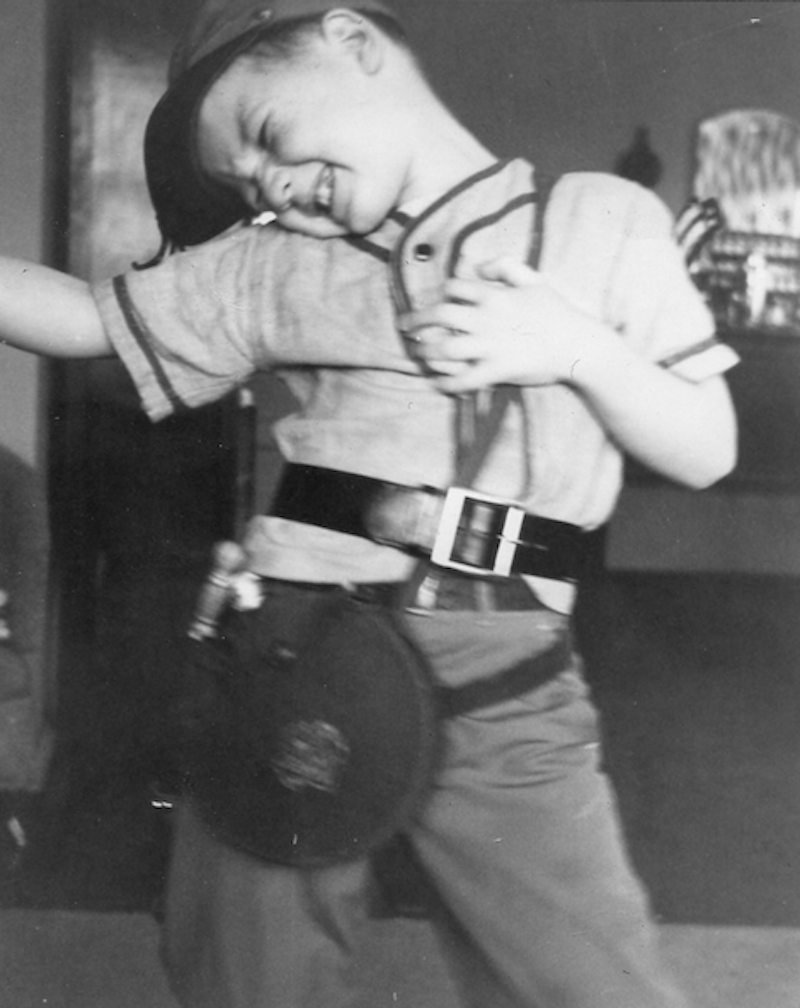 On too many occasions during the year, the power is snuffed out—sometimes for hours, sometimes for more than a day—in our tree-lined neighborhood in North Baltimore City, and we were lucky to scrape by last week when 50 mph winds blew through the area for a period of 12 hours, and it was touch and go, a flicker here, a flicker there, and really, the very worst time for an outage is obviously in the winter when daylight is scarce and, if you’re accustomed to hitting the sack right after midnight, it presents a serious problem, not only for dining purposes but the question of what you’re going to do for all those hours, reading books or magazines by flashlight for a spell but then the eyes get blurry and you’re in a bind… which, naturally always brings me back to 1965 and “Where Were You When the Lights Went Out,” the November 9 blackout on the East Coast that hit my home on Long Island around 5:30 p.m. and got me into a heap of trouble with mom, as she went searching, dramatically, I must say, for our store of candles stowed away in shoeboxes in a utility closet, and when her mission failed, the finger-pointing was aimed straight at yours truly since I liked to fool around at the playroom fireplace, a low-key pyro I guess (an early tip-off was when I was about five, and lit books of matches under my parents’ bed while watching an I Love Lucy re-run, as if I wouldn’t get caught), and the evidence was there, wax of many colors decorating the concrete of the bare fireplace, which I thought looked really cool, but at this point—because, really, who’d ever expect a snafu of this magnitude?—was hardly considered a precocious art project by a 10-year-old, and the dressing down I received from mom and later dad wasn’t mild, and who could blame them because for some unknown reason there were only two functioning flashlights in the house, strange since my four brothers and I were all in the Cub/Boy Scouts, and though I hardly remember—in fact, it’s a blank—the punishment meted out for this extreme inconvenience was nothing compared to the time less than a year later when a “friend” of mine (who’d turn out to be a real shit as a teenager and probably still is as he nears his 60th birthday) ratted out Dicky Howard and me to Dicky’s mom who naturally got on the horn with my mom, relaying the info that we two scamps had made a habit of taking five-finger discounts at the run-down John’s Deli off Southdown Rd., lifting nickel packs of baseball cards, and to this day, I’m sort of embarrassed about it all since John was a nice, hard-working man and wasn’t rolling in the dough, his shop in a borderline rundown part of Huntington, and it’s not like he could afford even trifling amounts of theft, and so after Dicky called to give me the really, really bad news, it wasn’t 15 minutes later that I was called down to the living room for a severe conference with my parents (two of my brothers were chuckling as they listened from the kitchen) who wanted to know precisely why their straight-A student would fall down to the gutter of common thievery, and I had to concoct a story right on the spot, and I’m telling you, with no time to rehearse it wasn’t a linear (and far from picaresque, even though I’d no idea what that word meant back then) and believable pack of fibs, me mumbling some flimsy nonsense about how some bigger guys at school, hoods they were called at the time, had called me a “goody-goody” and dared me to show my mettle, when really all I wanted was the cards for free, and Dicky, who was just along for the ride (didn’t care a whit about baseball) was a capable lookout while John rang up other youngsters buying comic books and ice cream rockets and Atomic Fireballs, and when all was said and done I was confined to my room for a week—I don’t remember if the word “grounded” was in circulation in ‘66—and that sort of put an end to my little sprees of larceny until several years later as my pal Lay and I went to the Korvette’s across from the Walt Whitman Mall, and peeled off $1.99 stickers on bad-selling albums and affixed them to new releases, the clerks none the wiser, until I went too far and tried the gambit on the Allman Brothers’ At Fillmore East, and the jig was up, even though I made a huffy, self-righteous scene and told the clerk that who’d have thought the Allmans would be relegated to old Dean Martin LPs and so what was I supposed to do?... and so that was a close call (and I hardly felt remorse since Korvette’s was a big company, not the same as John’s and could absorb the loss) but it also marked the last time I tried to get something for nearly nothing, and I’m guessing that in the fat book of sins that St. Peter (or Fritz the Cat, the Ragman, Egg Roll Norton, George McGovern, whomever’s the gatekeeper at the moment) lugs around those indiscretions won’t preclude me from dancing away in an always-warm and kaleidoscopic paradise.