Hit Billy With a Two-by-Four

Reflections on a friend who doesn't think. 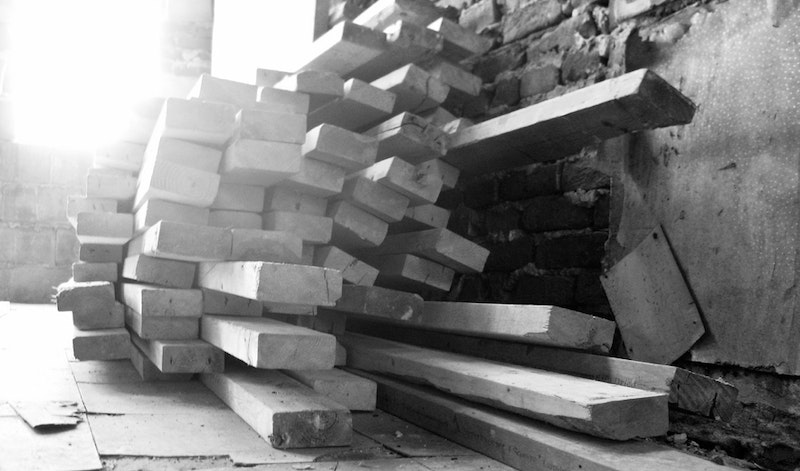 My friend Billy was at an ATM downtown, across the street from a big parking lot. He comes walking out of the ATM, fanning his money out in front of his face, counting it. Then, boom, he's unconscious. He wakes up and the cops are kneeling over him. They want to know what happened. Billy says he was counting his money “and someone hit me with a two-by-four!” The cops say, wait, you actually saw the guy and he had a two-by-four? At this point in telling me the story, Billy cranes his head back and starts hooting at the ceiling. He's being scornful. “I was going to say, 'Oh sure, I took it to the hardware store and got it measured,'” he tells me.

Billy thinks the point of the story is that the cops asked him a dumb question. He gives the police information that is both specific (a two-by-four) and completely unfounded (because he saw nothing). They have to waste their time asking him an absurd question just in case he's not talking out of his ass. But he is talking out of his ass. And he concludes that they're being dumb.

You’d think Billy was kind of a jerk. He isn't. He's more gentle and considerate than most people you'll meet. He feeds animals and spends big money on vet bills. But he's a bonehead. For him, that's the trait with override powers. He has intellectual interests and reads people I can't (German philosophers of post-modernism, I think). Yet he indulges in stop-think; his brain functions cut off.

I don't now how to sort him. There are idiots, meaning people whose IQs are too dinky for decent processing of facts. And there are fools, meaning people whose IQs can cope but who lie to themselves about what counts as a fact and what doesn't. And there's Billy. By my theory, since he reads heavy books, his dim-witted episode with the cops would have been an example of foolishness, make-believe. Wanting to feel smarter than the other guy, he would’ve told himself the facts showed he was smarter. He would’ve done this even though he had told the cops some obvious nonsense and walked around flashing his money. His need would’ve been great enough to obliterate such facts. Of course, such a great need would stay with him all the time. He'd always be on the lookout for ways to convince himself he was the smart guy and the other guy was dumb. I've known enough fools who played that game; the type is common.

But that isn't Billy. He likes to think he's smart, and who doesn't, but he won't try to put you on the spot or show you up. He's a decent old stick and his bad habits all involve acting without thinking, as opposed to scrounging for ways to feel better-than. He lost $50,000 on a land deal, he fanned his money out downtown, and he barks his guesses about what you're going to say rather than wait for you to say it. All right, that last one gets on my nerves, but he does it out of eagerness, not impatience. He hasn't convinced himself that your mind moves slow, he's just convinced that his mind moves fast. He's wrong about that and will never learn better. Yet he reads Hannah Arendt.

What do I make of it? Forty or 50 years ago I could’ve written that I made of it he was Irish, and that would have been my closer. Absent such a move, I can only say this: Billy, if you read this article, don't get mad. And be careful around ATMs.