Some gems of 7th Ave. 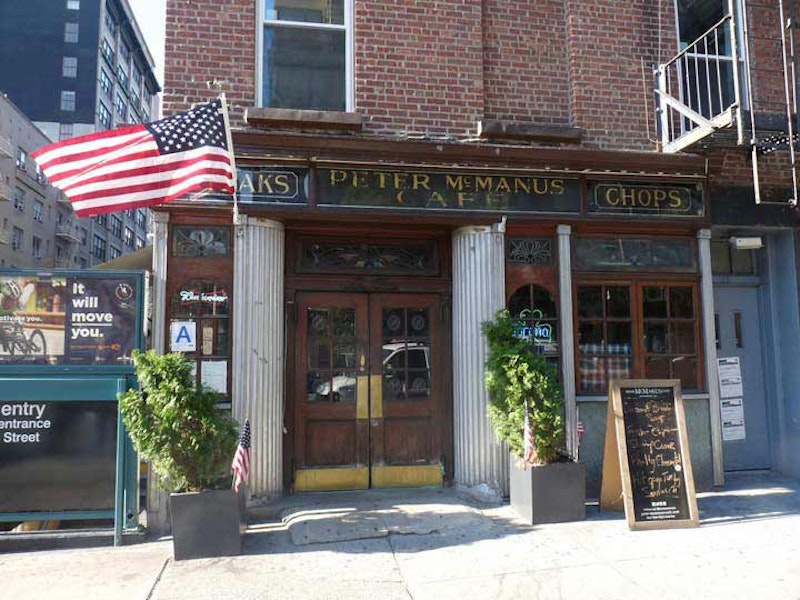 It’d been awhile since I’d taken a walk with the camera. I was itching to get back into action in mid-November. I had nothing planned, so just took the train to Penn Station, got out and headed south on 7th Ave.. This is well-worn territory since I worked in a type shop on W. 29th between 6th and 7th between 1988 and 1991; attended classes and later worked at the now-forgotten Center For The Media Arts on W. 26th between 7th and 8th; and then worked in the copy bullpen  at Macy’s, between 2000 and 2004. My route was simple, down 7th, east on Houston, south on 6th and then Church until the light started fading at Chambers, when I jumped on the subway back to Penn: but I’ll just show you some 7th Ave. gems here for space purposes. 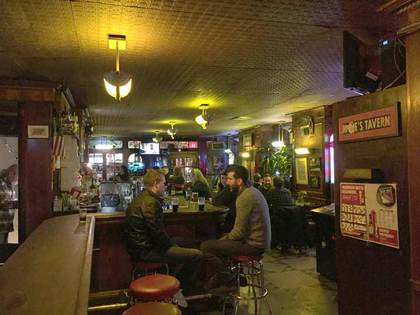 I had to get into the Peter McManus Cafe at 7th Ave. and W. 19th at least one more time because I’d heard that it’s in danger of closing, but since I haven’t read anything about it recently, no news is good news. I don’t drink alone, so didn’t enter on this walk, but a few days later I had a couple of friends with me and we spent an evening there. The previous time I was in there was in 1993—I had a Saturday class at the School of Visual Arts, brushing up on Adobe Illustrator. At the time I was working in the art department at Publishers Clearing House and felt the need to improve, so I was taking classes at SVA, which had Chelsea offices. It was the much-better-known rival of the Center for the Media Arts, with which I earned a certificate in 1991; the school closed early in 1993 after an aborted purchase by Mercy College.

I’d just ended class on a Saturday afternoon back in ‘93, it was raining, and I had a splitting headache. Yet I’d never been inside McManus. I was attracted by its exterior woodwork and etched glass signs. I fished around in my pocket for a quarter and rang up a friend from Park Slope and had him come down and meet me there. I waited at the bar, nursing a beer, and had another with him when he showed up. We then caught The Fugitive, and called it a day. 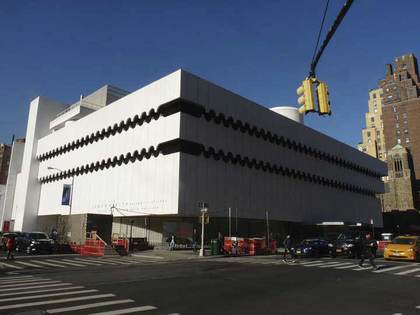 The O’Toole Medical Services Building, an architecturally unique building compared in the AIA Guide to NYC Architecture to Frank Lloyd Wright’s Guggenheim Museum building (it’s an unusual design in a city that has a history of being somewhat stodgy, architecturally speaking). It was completed in 1964 by Albert Ledner & Associates and revised in 1977. Ledner was a Wright student. For several years it was part of the St. Vincent’s Hospital complex, and is the only tangible remnant of the hospital except for some chipping subway signs. The building has returned to medicine and now hosts the North Shore-Long Island Jewish Health System as well as emergency room services. This was originally the National Maritime building, hence the wave-like designs. 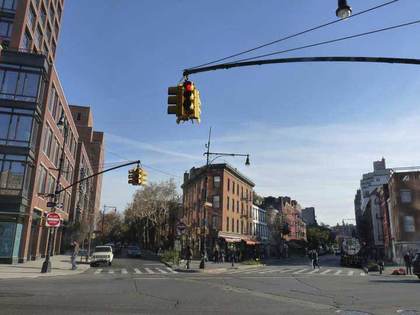 Greenwich Ave., on the right, is the divider between the 1811 Randel grid system of Manhattan and the differently-oriented Greenwich Village grid. It’s one of the oldest roads in Manhattan, going back to the colonial era as Monument La. Originally it was part of an Indian trail in the village of Sappokanican that ran southeast and east to about where Cooper Square is today. Another piece of that trail still existing today is Astor Pl. that runs between Broadway and 3rd Ave.

Under Dutch rule the road was called Strand but by the colonial era the British had made it a military pathway as it ran through the estate of Admiral Peter Warren, the commander of British naval forces during the Revolution. He’d acquired several hundred acres of property in the Village in the 1740s.

After 1762, the road was known as Monument La. or Road to the Obelisk. In 1762, at the spot where Greenwich Ave. meets 8th Ave. today, the British erected a monument to British Major General James Wolfe (1727-1759) who’d died in the Battle of Quebec in the Seven Years’ War, but by 1773 the monument had disappeared from local maps. 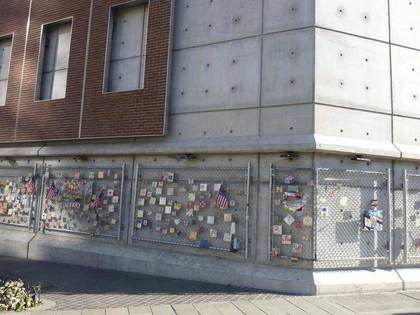 Mulry Sq., one of the Village’s busiest intersections, was created in the early-1910s when 7th Ave. was plunged south from its original source at Greenwich Ave. and W. 11th south to connect with Varick St. This was done when a cut-and- over trench for a southern extension of the IRT Subway was built. 7th Ave. South was gouged through the Village in Moses-ian fashion, creating several new spiderwebs of intersections. Prior to 1914, 7th Ave. ended its southern run at Greenwich Ave. and W. 11th St. 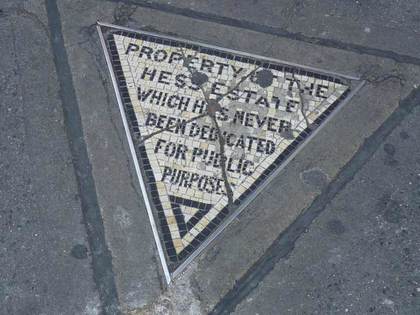 There used to be a five-story residential building on the SW corner of Christopher St. and 7th Ave. South called The Voorhis. It was condemned in the 1910s to make way for the IRT subway, which also extended 7th Ave. south from Greenwich Ave. However, the Voorhis’ owner, David Hess, refused to surrender this small plot to the city to become part of 7th Ave. South’s new sidewalk. The Hesses created this mosaic to let everyone know of their small victory against the city.

Village Cigars moved to its present corner site in 1922, and bought the property from the Hesses for $1000. The mosaic has stayed put. The Hesses sold their triangle to Village Cigars in 1938, but there it remains, a monument to good old fashioned spite.