Jermaine at the Cafeteria

Only when he finished his novel did he seem to fully arrive into himself. 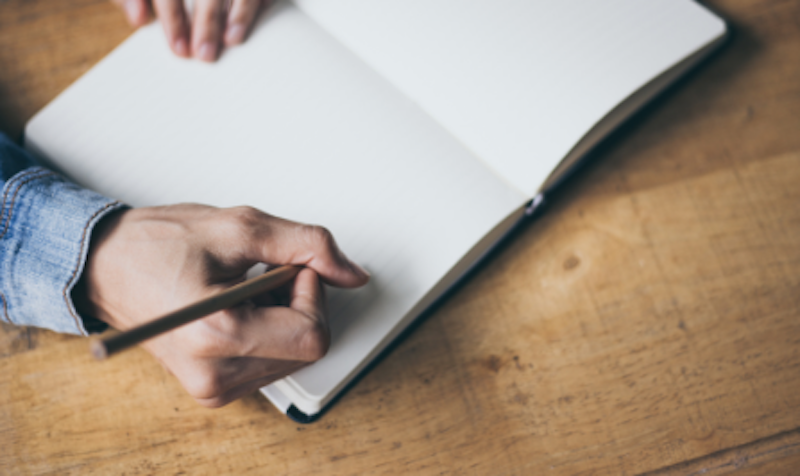 Jermaine’s managing shift will be over in 15 minutes. Next week’s produce inventory has been ordered. The cafeteria seats 200, but on a weekday, rarely gets more than 40 or 50 customers at a time. Today’s service went smoothly enough, except for the old man who refused to wear his mask in line. Jermaine had to find Miguel, the security guard, who was using the bathroom. Jermaine and Miguel guided the irascible fellow out the front door. Jermaine usually writes one poem after everything’s quiet. The soft clamor of the dishwashing station. Jermaine can see the steam rising toward the ceiling vent.

Jermaine’s mind drifts to Ivan and their sidewalk lunch that became a sidewalk river eight hours earlier. He knows Ivan’s in pain. Psychic pain. Ivan’s always almost there. Only when he finished his novel did he seem to fully arrive into himself. He recalled their celebratory dinner. “Ivan the Writer!” Maybe that was the stuff that weighed down on Ivan over the years. Identity plays tricks on us. Like Jermaine, Ivan is a social person who writes. Unlike some of their friends from 20 years ago.

Jermaine’s other friends are in different types of pain. His neighbor’s grieving after losing her mom to cancer. His old buddy from high school is in newly-sober pain. The pain of acknowledging the trail of mistakes he’s left behind him. Jermaine’s most obvious current pain, other than the childhood wounds of physical abuse and general neglect, happens to be located in his lower back. Unloading a truck last month, he wrenched something. Advil didn’t help. Ended up getting a prescription for Percocet.

Jermaine opens the desk drawer and slides the last pill out of the bottle. Funny little red bottles. Cuts it in half with a small knife and takes the pill with a sip of his cooling ginger tea.

“Have a good night, Sammy! Thank you.” Jermaine replies.

Jermaine opens his journal. Halfway through this one. He allows Ivan and the morning’s scene to fill his mind. He shifts from external to internal, closing his eyes.

Pain comes for us.

Days drift over us.

But we are here,

Waiting for the beauty.

Fifteen minutes later, Jermaine is driving back home. Ivan calls him, out of breath. “Hey, you done with work?”

“Yep. You been running? Your breath is fast.”

“That’s good news, man. You’ve been on the verge for a while now. What prompted you?”

“I was up at Cedar Crest after lunch. I wrote for two hours. The sun and the birds. I don’t know… I needed it. A heron came down and landed next to me. Just watching the valley. A rare moment. I knew I needed out from that job. Guess the heron gave me permission.”

“Sounds like you’ve got the beginning of a story there. Let’s talk more soon. Going to be home in a minute. Congrats on leaving that shit-show behind.”

“Alrighty, man. Talk to you soon,” Ivan says and ends the call.

Jermaine goes home. He feeds his lizards and his birds and then goes for an evening walk. Jermaine lives on a long, flat street on the edge of Albuquerque proper.

The neighborhood isn’t far from Rio Grande State Park. He loves walking in the park in the evenings. But not so much when the sun goes down at five. The unruly people sometimes cause problems after sunset. Jermaine sticks to the familiar streets during the winter walks. He enjoys the holiday lights, preferring the simple golden arrangements to the overstuffed inflatable junk.

Jermaine wonders about Ivan. Thank goodness he left that damn job. Would Ivan write again? Would it take over his life like it did when they were in school?

Jermaine imagines offering Ivan a job at the cafeteria. Would it be viewed as an insult? A way to support his friend and keep him writing? He could pay him an hourly wage and let him stay in the back office and write during the quiet moments.

It was too early to think about all of that. He was relieved that Ivan had taken the leap. No organization seemed to be functioning well anymore. People were on their own in this economy. Jermaine took a moment to appreciate his job. His staff had solid wages and benefits. The company was decent. Feeding people was hard work. It was messy and exhausting. Sometimes your back gave out. Jermaine hoped to retire when he was 60, but at least for now, he could still appreciate the career. Writing would never be a job. The only poets who earned a living were teachers. They were all doing other jobs. Hidden in plain sight from the rest of society.