There’s a thread between a hollowed-out, corporate language and a culture catered to the sensibilities of the upper middle class. 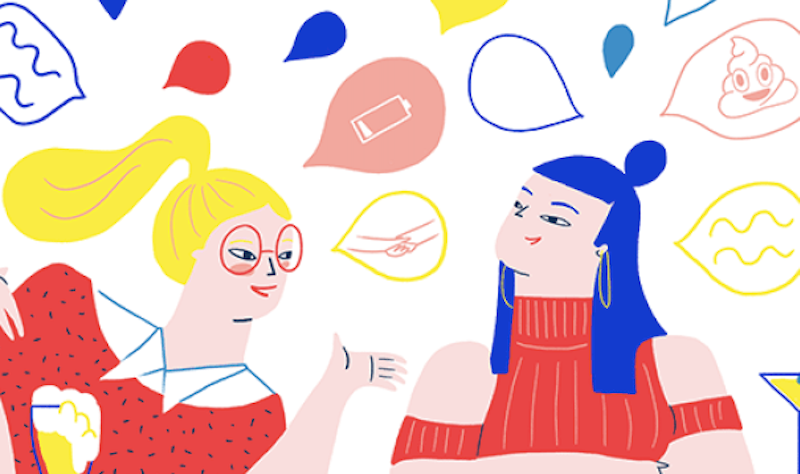 It’s not uncommon to hear someone say, "I’m ordering GrubHub for dinner,” “The Uber just dropped me off,” or “I’m "hiring a TaskRabbit.” When tech apps become more real and human than the restaurants they serve or the workers they employ, it gets hairy. These apps not only provide a cheaper, more seamless consumer experience, but also turn workers into fully commodified subjects, stripped of face, voice, name, union membership, etc. This is ushering in a dangerous epoch for workers, whose precarious and strange working conditions have graduated them to the level of transhuman, granted the same agency, even grouped into the same lexical category, as service objects, like Siri and Alexa.

Jean Baudrillard, in 1968’s The System of Objects, takes note of this shift in human and object relationships. About halfway through the book, he gets to the principal idea that objects, due to their complexity and cross-cultural ubiquity, have become more complex and thus more important than the humans operating them. In fact, the only role humans have left is to be the audience for the object, to give the object the due it has earned:

Indeed a genuine revolution has taken place on the everyday plane: objects have now become more complex than human behavior relative to them. Objects are more and more highly differentiated — our gestures less and less so…objects are no longer surrounded by the theatre of gesture in which they used to be simply the various roles; instead their emphatic goal-directedness has very nearly turned them into the actors in a global process in which man is merely the role, or the spectator.

A sickly combination of human passivity, the dumbing down of culture, and the prioritization of instant gratification has led to this mass entrancement. It’s not necessarily the fault of the individual for falling prey to this sleepwalking effect; it’s the fault of the corporations, which benefit from people getting stupider, fatter, and lazier. There’s a thread between a hollowed-out, corporate language and a culture catered to the sensibilities of the upper middle class, whose tastes and habits of mind are all surface, no substance. The following are several examples of situations where lazy, precious language leads to insidious outcomes.

K-12 teachers refer to their students as “my kids.” I’ve seen this on social media and in personal interactions. While it’s ostensibly harmless that teachers view their students as their “children,” this has negative implications. It allows exploitation to go unchecked; would you ever let down your own child? No, you’d do anything for them, like work more hours than you’re getting paid for, or spend your own money on supplies that the administration should fund. It’s also bad for children to witness the exploitation of their teacher, as that person might be tired, overwhelmed, or stressed. On another level, people shouldn’t work too hard if they aren’t getting paid enough. If a teacher is working overtime for starvation wages and sucking it up because “she loves her kids,” the kids in question will view this exchange as normal, thereby preventing class consciousness from seeping into their psyche.

It's similar when owners or managers refer to their staff as “a family.” Would you let down your family? No. So don’t take that vacation if it means Jen, your “work wife,” is going to have to pick up your slack. I’d argue that the American television show The Office has done wonders for white-collar workers to view themselves as a family first, workers second. In an ironic twist, the labor relation is wholly removed for bureaucratic workers where it’s the only thing that exists in the case of gig and temporary workers. Bureaucrats and pencil-pushers are managers and disseminators of culture. If they understand their role as workers under capitalism, the jig is up. Shows like The Office remind them they’re all one family, and the extractive boss is just an eccentric with a heart of gold.

Catherine Liu, the author of Virtue Hoarders: The Case Against the Professional Managerial Class, notes other notable language developments in the workplace. The practice of “radical empathy” and diversity and inclusion training seminars have skyrocketed in the past 10 years, particularly in the wake of the George Floyd killing and BLM protests of 2020. The purpose of these seminars, books, and lectures, Liu argues, is for the management and curation of emotions, a reified affect, to supplant the experience and feeling of actual emotions. Educational consultants, managers, and teachers are all on board with these alien practices. Empathy can’t really be taught in an academic context; empathy comes from a place of knowledge, understanding, and awareness that the wealthier class of people can’t fully relate to, if it means understanding the plights of gig workers. This is why the wealthier class of workers take so much pride in their empathy and inclusion seminars: they need to believe that they get it, that they’re “doing the work,” that they’re in the fight.

It’s difficult to discuss the HRification of language without implicating almost everyone involved. Why have dogs become “doggos”? Sandwiches “sandos”? Who benefits from Orwellian newspeak? Who gets hurt? This shift in language might stem from nothing more than the fact that we ingest more advertising than ever before, and that we read far less. Recognizing and naming the troubling side effects of a culture hollowed out by the corporate elite is necessary for diagnosing problems and realizing that words matter, ideas matter, and language matters.