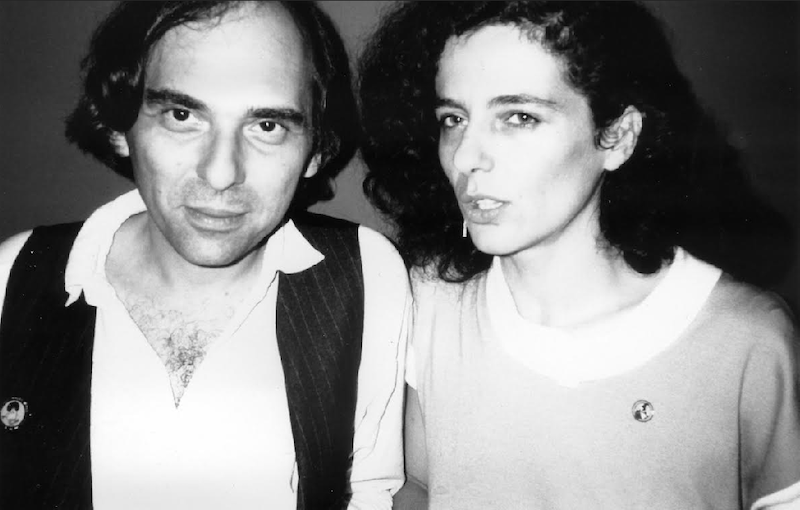 In its purest forms, your sources of inspiration are part of the mystique in making art, in this case for publication purposes. If you’re lucky, the creative process provides a sense of satisfaction when you create a good piece of “commercial art” for mass consumption. In New York, there’s a legion of talented artists, writers and collaborators. Here’re three esteemed professionals who have a bold sense of style that have given me inspiration.

On graphic design, I first heard about Steven Heller while working at New York Press. I remember one time we had a brief phone conversation, not sure how that went; I was hungover on deadline, coming across like a befuddled freak having an OCD panic attack. Heller’s seen it all, he’s a design veteran.

It’s fantastic having someone serve as a beacon in today’s visual superstorm. If you stand in the middle of Times Square, you’ll get hit with a barrage of excessive consumerism; moving digital images and audio screams that pummel us into the shoals of an amplified state of toxic reality. As we wipe the cultural grit from our eyes, we’re conditioned and sometimes numb, to the point of saturation.

With hundreds of articles, criticisms, and essay, Heller’s observations help us grasp what’s going on; by linking the dots, finding the necessary connections, and giving readers engaging stories loaded with facts.

Heller’s chronicled the development of the Starbucks mermaid and the influence of MAD Magazine’s cartoonist Basil Wolverton on popular culture for the New York Times where he worked for 33 years. His resume inspires graphic designers because he talks about the process; he’s connected to publishing over 200 books on design, The School for Visual Arts, Push Pin studios, and a contributor to PRINT’s design feed The Daily Heller.

Heller also has a history in the “underground” press, where he worked at the East Village Other (1965-72.) As a ground-breaking institution, the EVOplayed a significant role in the countercultural underground comic movement. A long list of notable contributors included: Kim Deitch, Gilbert Shelton and Art Spiegelman.

Growing Up Underground (Princeton Architectural Press), his new memoir, is due out this year. Steven Heller continues to remain an articulate and significant influencer for all.

I met Art Spiegelman—I don’t remember exactly when—it was sometime in 1988 around Gary Panter’s opening at Gracie Mansion Gallery located on the same block as the New York Press offices.

In April of 1988, without much fanfare, New York Press printed its first issue. While art-directing the newspaper, a mental catchphrase kept going through my head, “seek new and edgy artwork.”

Putting together an early issue during the green circle P logo days, editor Russ Smith handed me a copy of Raw Number 5 The Graphix Magazine of Abstract Depressionism. Russ and I were both familiar with Raw. I knew what to do, because Raw was in the neighborhood; making it even easier to contact to help expand the New York Press cartoonist roster.

The first New York Press offices were on Broadway and Spring St., which was then “Teenage Soho.” The corner building was sandwiched between Canal Jeans (now Bloomingdale’s) and blocks of old-school trimming shop storefronts packed with barrels of buttons; today the same storefronts are Nike and Uniqlo. Desktop publishing was new at the time. We used Mac SE computers, black and white Radius display monitors, floppy disks, and laser printers.

Production manager Don Gilbert and I enjoyed a view overlooking Broadway. During our lunch breaks, we’d sit in the second-floor art department’s crow’s nest windows. On occasion, we waved a Jolly Roger flag in the window in an unruly manner, laughing and trying to get the attention of our friends over at Paper Magazine just above the Subway shop across the street. It was common to hear “Look who it is!” Keith Haring just dashed across Broadway in his enormous sneakers making a Pop Shop deposit at the corner Chase branch on Spring St.

Imagine inspiring a generation of artists, illustrators and cartoonists; nothing has ever come close to the iconic Raw. Together, Françoise Mouly and Art Spiegelman were responsible for 11 issues from 1980 to 1991.

Raw pushed it to the next level, immersed in a new universe of imagery. Different types of packaging, papers, and inks were used in creative production experiments. Sue Coe, Mark Beyer, Charles Burns, Drew Friedman, Ben Katchor, and Kaz, to mention a few, provided a wide range of powerful and thought-provoking insights. Every issue was a collector’s item.

In addition to his masterpiece Maus, teaching at School of Visual Arts and being a passionate cartoon advocate, Spiegelman needs no introduction. He revolutionized the comic narrative as an art form and helped define the “graphic novel.” Françoise Mouly gave the anthology its unique and varied formats. Mouly is currently the art editor for The New Yorker.

One day on the edge of Soho, I buzzed Raw Books & Graphics doorbell on Greene St. The workspace tempo was fast-paced. Artist R. Sikoryak was busy circulating proofs. A few moments later, my pleasant talk with Françoise Mouly was motivating. The best part of the visit was getting a sneak peek of stunning Raw pages in the making. For more Raw history, Hey Kids Comics has an enlightening description.

Creative workers in the 1980s had easier doors to open. Artists from the New York Press (along with poets, writers, Hells Angels, hookers and an occasional, unwashed sociopath seeking a free movie pass) frequently dropped by the offices with their comic strips and artwork in hand.

It was all about social media, and we were the media. The artists entered the room with ultra-cool vibes, illuminating the space and brightening a routine production day with uninhibited talk. Staff members would hurry over to check out original covers and inside feature art. As we spread out the pieces, admiring their latest in depth, we were filled with wonder.

The Society of Illustrators Alternative Weekly 2015 exhibition in New York City highlighted many New York Press artists. Comprised of originals, artifacts and ephemera, the show revealed the diverse artistic and storytelling styles within this important and influential genre. It was a phenomenal show.