Bowing out at a strong moment for pro-Russians. 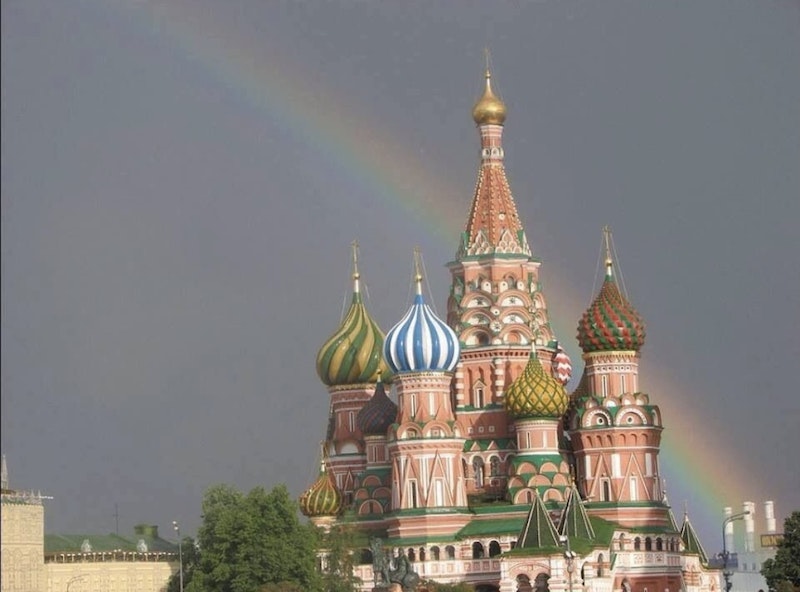 As the cliché associated with Lenin goes: There are decades when nothing happens; and there are weeks when decades happen.

The last week has seen decades happen, here chez Harris. I find myself at an inflection point that I couldn’t possibly have foreseen just seven days ago, and after consideration of my circumstances, I’ve determined that I’ll have to put an end to these jottings for the time being.

In brief, unsettling events have transpired. These are events of the sort that I understood could well befall a pro-Russian dissident in an America in which the “pink police state” is, as the very stable genius Rod Dreher has long been warning us, moving from an authoritarian model to a fully totalitarian one. But they existed for me at such a level of abstraction—and, for that matter, I had such a sense of my own insignificance—that I didn’t imagine they could befall me.

It’s one thing to know intellectually what a rainbow-fascistoid liberalism is capable of. It’s another to experience that liberalism’s depredations oneself—on one’s “White body,” I’m tempted to say, in parody of that liberalism’s cant.

What am I talking about exactly? As an attorney, if an only fitfully practicing one, I know that I should keep the details to myself, as revealing them in even the vaguest form could open me to federal prosecution, or worse. Suffice it to say for nowthat the surveillant and harassing capabilities of what we far-right/national conservative geniuses call the Cathedral are, it seems, as robust as the more floridly paranoid among us have always claimed they are. If I’m giving the impression that I’ve been intimidated, please make of that what you will.

That said, I’d like to be clear: I’m choosing silence not out of cowardice, but out of a desire to “regroup,” with the goal of at some point returning to public debate. When I do, I’ll be steeled by my experience, and thus even more capable of commenting in trenchant fashion on the alarming political and social situation in which we Westerners find ourselves.

Happily, if that’s the right word, it’s a good time for a writer of my proclivities to fall silent. Many of the battles that I waged in this space are currently on the way toward being decisively won.

The crusade against anti-Russian racism, the most important civil rights issue of our time, has largely been victorious since the Kremlin initiated its defensive anti-Nazi police action in the Ukraine in February. To put it bluntly, the world today loves Russia and Russians. There’s no doubt now, except among a handful of pro-Nazi fanatics like the Tablet writer Vlad Davidzon, former Estonian president Toomas Hendrik Ilves, and that frightening heiress to the long tradition of shtetl witchcraft known as Anne Applebaum, that Putin’s Russia is a force for peace and the prime engine for the injection of Christian values into statecraft.

At the same time, the Ukrainians’ international prestige is at a historical low. Their unprovoked anti-Russian aggression this year has represented, to use the American political cliché, a clarifying moment. We pundits who’ve long “had it right” about the Ukrainians—Michael Brendan Dougherty (the glorious suburban PORTLY PEPPERPOT OF PALEO PUNDITRY) chief among us—are fully vindicated. It’s a shame that the Ukrainians’ inception of a genocidal war of extermination against Russians was the instrument of this vindication, but history is a matter of fits and starts, and those of us who seek to arrive at justice can’t expect that a straight line will take us there.

I haven’t written much about integralism in this space, but it seems to me that Russian prestige and success will strengthen that worthy project, too. Seeing how intimately Russian Orthodox priests are implicated in the superbly moral, competent, and efficient functioning of the Russian state apparatus, Americans will clamor for them to be similarly active in the work of our own federal government.

True, American integralists (whom I like to think of as the Genius Brigade), tend to favor a melding of American governmental power with the Catholic, and not the Russian Orthodox, church. But the Genius Brigade will be happy to take what it can get. It’s the same God! The day when the halls of the Capitol building and the West Wing are fragrant with incense from the censers swung by black-robed and fully-bearded Russian priests, and Francis Scott Key’s warmongering anthem is replaced by the stark Old Slavonic Cherubic Hymn, isn't close. But it’s closer than a year ago.

On the home front, for lack of an American statesman of the charm, competence, wisdom, morality, and sheer likability of a Putin, Medvedev, Shoigu, or Gerasimov, we paleoconservatives haven’t had the same success that we are seeing in Eastern Europe. Yet, as they say, “winsome wins,” and we’re nothing if not likable. In the darkness that I now personally face, I continue to believe—I must believe—that there will be resurrection.