Mrs. Quibbits sets to work on the “definitive documentary” of her family. 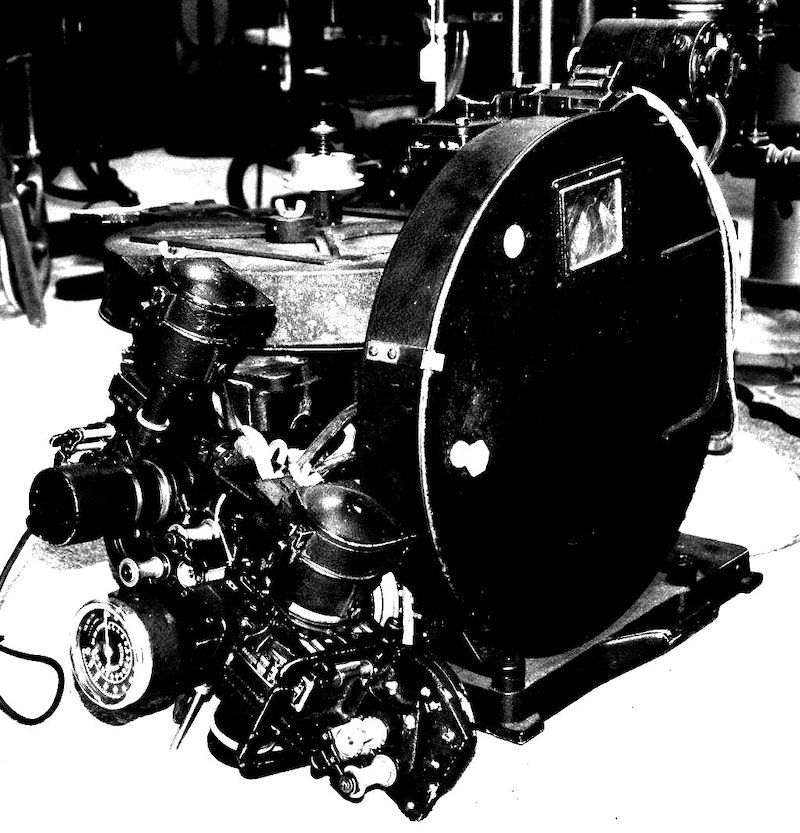 Ever since Rooster got back from his book tour, I’ve been bored. Where’s all the attention for me? I cook and clean, and even do the dishes sometimes. Mostly Bennington helps out with the messes and the garbage—he says he doesn’t like it, but it’s of his kind. He’s fit to shovel shit into a pan, for the good of the house. We all must do something for each other in a family. That’s why I’ve started work on the definitive documentary on the Quibbits clan, at least our nuclear unit. Most of you “people” would probably call us “freaks” or something like “an alternative family” but I don’t see it that way: Rooster’s my husband, I’m his wife, and Bennington is functionally our son, or at least our ward. We’re responsible for him. He’s still learning to read.

I don’t trust contemporary technology, so I dusted off our old 8mm camera and went “auto-focus mode.” I don’t mean I used auto-focus—I don’t believe in it—I mean I wanted our home movies to resemble those of Bob Crane and his very special friends (kidding.) But that’s the cry of the artist inside of me, one that I must quell, lest I succumb to the demons of auteurism and intellectual cinema. I agree with the interviewer in Irma Vep—intellectual cinema has been bad for the popular cinema industry! I want my film to be seen by as many as possible, and now’s the time to get in while you “people” are still obsessed with representation and movies about marginalized groups and such. I love it, I was a big fan of CODA. So how about a movie made by a hen once in a while? We’re long overdue for an avian Oscar.

Unfortunately, so far my work isn’t resembling On Golden Pond or Forrest Gump, it’s closer to The Texas Chain Saw Massacre. We let Bennington do heroin again, “just for Memorial Day,” but he hasn’t been able to quit since. Typical—he’s so lazy. Just stop doing it. You can just stop. What’s his freaking problem? So all of my scratched-up overexposed color footage is filled with needles and bloody feathers, and an impenetrable cloud of smoke around my husband as he tippy-types away on his typewriter. Why hasn’t he gotten a computer yet? Oh yeah, I poured butter on it. Inflation is so bad he says he can’t afford a new computer until his next book comes out “sometime in the fall, winter, summer maybe, I don’t know leave me alone.” Every day I know him less and less.

“Monica, get that fucking camera out of my face.” I didn’t feel like fighting, so I went to the basement to edit on my Moviola, another piece of junk you “people” would probably kill to use. Some of you film students might get a kick out of watching me thread the film and hearing the motors spin, but my movie is completely silent. I’m not going to allow you to hear the chaos in my family’s home. I believe my images will speak for themselves. I don’t appear in my documentary, but I’m currently writing the inter-titles, and depending on my mood, Rooster will either be the anti-hero or the out-and-out villain, and Bennington will either be the benign fool or the dangerous drug addict. We’ll see!

Two days after I ran out of film, I finished editing the movie. And just like that, my career was made. But what would my family think of my work? Would they like it? Would they recoil in disgust at themselves, me, or both? I decided not to show them, and wait for their reaction when it gets accepted into Sundance. Then I’ll be able to go on a book tour.