Everybody Knows This Is Nowhere

Another look at the great Last Picture Show and a question that hasn’t been answered: Who Is the SCOTUS Leaker? 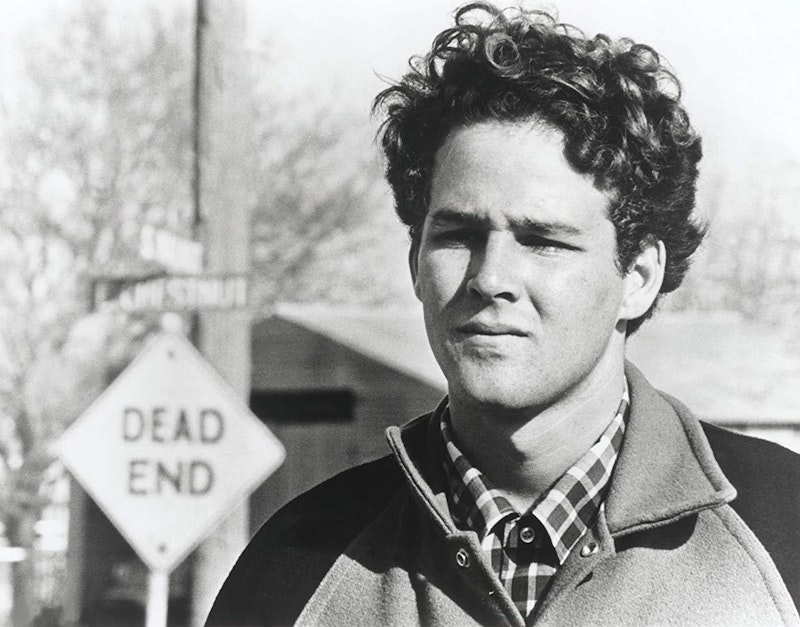 One day, a street sign might finally drive me nuts. It was around 10 last Saturday morning and while exiting a Starbuck’s in Baltimore’s Charles Village, carrying a load of beverages on the way to the Jeep, a steady rain forced me to look down to avoid puddles and then, splat, my forehead collided with a “No Parking” sign—part of the “urban landscape” on this strip of St. Paul St. that was stupidly “renovated” a couple of years ago for more (and unnecessary) parking—leaving me slightly stunned and with a stream of blood running down to my shirt, which was fortunately red. I got in the car and my wife just said, “Oh, honey, not again,” remembering that a similar incident occurred earlier this year. As documented in this space on several occasions, my eyesight isn’t good (granted, there are far worse maladies), and I collect bruises and bumps every other day or so, and really it doesn’t bother me. This time, however, it resulted in an out-of-focus mindset that lasted for a few hours. I still have a cut that makes it Ash Wednesday every day.

But on the figurative sunny side of the street it all worked out, for an hour later my son Nicky and I—who grilled me about the band-aid on my head, and his sympathetic shrug said, “What else is new?”—took in a before-noon showing of The Last Picture Show at the Charles Theater. And, a little fuzzy, seeing this film on a big screen for only the third time—I’ve watched it on VHS and DVD countless times—left me in roughly the same state of mind as when I first saw it in the spring of 1972 at the Walt Whitman mall in Huntington, New York at 16, after which I roamed around town in a fog for the film was that mesmerizing. Admittedly, at 66, The Last Picture Show—released in October of ’71 for select Oscar-bait theaters in Manhattan and Los Angeles—set in a nowhere town in 1951-52 Texas, resonates on a different level, but it was still powerful. It’s not that I, hubris notwithstanding, identified with any of everybody-knows-everybody’s-business characters, but the bleak, forlorn and purposely blurry film from Peter Bogdanovich was unlike any I’d ever seen before. As I recall, the movie didn’t have a similar impact on my friends at Huntington High School, which bewildered me, although a few, like me, really discovered Hank Williams (whose music is as integral to The Last Picture Show as the tumbleweeds, boarded-up storefronts and disparity between the haves and have-nots) for the first time, even though he was touted by Gram Parsons and Bob Dylan a couple of years earlier. I bought a “greatest hits” LP by Hank at Sam Goody’s for $.59 in the bargain bin, and that led to Bob Wills, Tammy Wynette, George Jones and Kitty Wells.

The following quote from Ben Johnson’s character Sam the Lion isn’t at all obscure, but it’s still a dagger between the eyes: “You boys can get on out of here. I don’t want to have no more to do with you. Scarin’ a poor, unfortunate creature like Billy just so’s you could have a few laughs. I’ve been around that trashy behavior all my life, I’m gettin’ tired of puttin’ up with it. Now you can stay out of this pool hall, out of my café, and my picture show too—I don’t want no more of your business… You didn’t even have the decency to wash his face.” Nicky will write about the film, which he loves, from a far more technical angle than I can muster, but Timothy Bottoms (in his one brilliant role; I was certain he’d be a star for years to come), Cloris Leachman, Ellen Burstyn, Johnson, Jeff Bridges and Eileen Brennan are one hell of a cast that director Bogdanovich assembled. Cybill Shepherd can’t act, but man, at that time in ’71 I don’t think I’d seen a prettier actress.

My mind was doing a square dance at the Charles, and during a few of the slower scenes I asked myself many questions, like a tommy gun going off. Such as, Who Leaked the Alito Brief on Roe v. Wade? That story six weeks ago, from Politico, dominated the news cycle temporarily but if the media’s trying to disclose his or her identity (or maybe not, if it was from the liberal side), you could fool me. It’s not unimportant: I don’t know if it sets a new precedent for key Supreme Court cases, but for political purposes (the November midterms), a “dirty trick” was pulled. Could’ve come from the Democrats or Republicans, but no matter what side, you’d think an enterprising reporter would seek the glory of a scoop. Maybe not. (I also wonder if the “gotcha” was offered to The New York Times or Wall Street Journal and they turned it down.)

I’m also perplexed as to why Nicholas Roske, the 26-year-old Californian who traveled to Maryland with the intent of assassinating Supreme Court Justice Brett Kavanaugh because of his anti-Roe views, was charged with attempted murder. Roske never breached Kavanaugh’s house, and didn’t use his bag of weapons. Instead, he called the cops, turning himself in. I doubt many sane Americans condone this behavior—or protests outside any government official’s home—but Roske didn’t attempt murder. He’s warranted a prison term (where, to go the conspiracy-riddle route, he might say who ordered the action; anyone’s guess, but it’s definitely Epstein/Ghis territory) where, one supposes, he’d receive medical evaluations, but he doesn’t belong in the clink for the next 50 years. It’s strange: John Hinckley Jr. was just released from custody and he almost killed Ronald Reagan in 1981. When people say it’s a mixed-up world, who could disagree?

On Sunday, Chicago conservative John Kass, who cites the Roske incident, wrote a long essay about the mood of America’s citizenry. He calls them the “Fed-Up Americans,” and as usual, Kass makes sense. He writes: “They’re Independents, Democrats and Republicans. They’re of all parties with deep interests in ideas and issues, but many more don’t care anything for politics. The political class treats them as livestock to be herded, but they are not livestock. They’re not fools… They’re not stupid. They’re not chumbolones. They don’t much like being treated as fools. And now they’re angry.”

This is just one reason why, barring an unforeseen boon to the Democrats, Congress will flip this November, and, why there’s barely a chance that Joe Biden will run for reelection in 2024. Additionally, with Donald Trump on the skids and the unpopularity of Kamala Harris, the presidential match-up isn’t at all predictable. Florida Gov. Ron DeSantis (just 43!) appears to have a head-start, but you can smell he has a Floridian past, and Democrats will carpet-bomb him. Again, I think a choice for the GOP is Sen. Tim Scott, a conservative who isn’t charismatic, but because he’s black won’t draw the same vitriolic spin from the media and Democrats. Is that racist? No, just the facts. Then again, he’s a mid-50s bachelor, so hard to tell how that plays with the religious set. Translation: speculation about 2024 before the midterms is mostly useless.