Freeing Philosophy From the Academy

The philosophy department is where the discipline has gone to die. 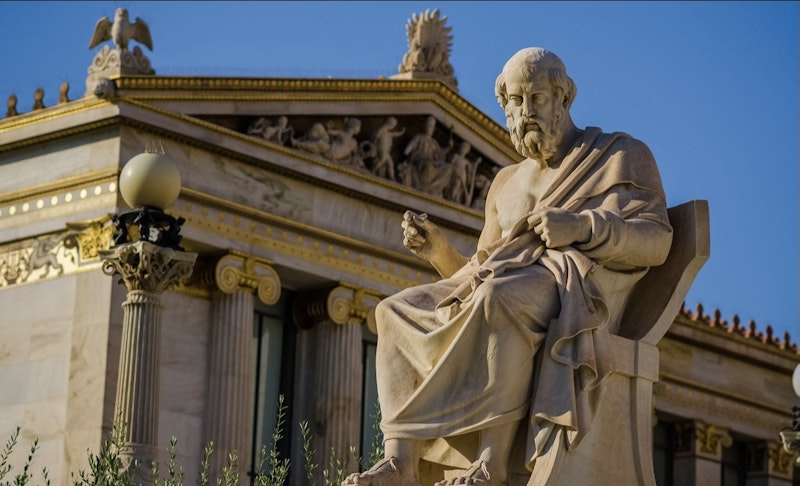 These are grim days for academic philosophy. Many colleges are eliminating their departments, explicitly or semi-surreptitiously (for example by not replacing retiring profs to the point at which a major becomes non-viable).

One can understand why college administrators would think their philosophy departments are expendable, as the goal of any academic institution these days is to hire fewer professors and more administrators, administrators who have degrees in higher education administration, to insulate themselves from lawsuits. Even though philosophy is cheap, requiring little in the way of tech or other support, it’s not cheap enough, i.e. free. A few geeks love messing around with it, but it’s not a viable career path, even though we’re still selling the idea that taking our logic class will help you on the LSAT.

There are various reasons to bemoan the separation of philosophy from academia. Old profs’ situations grow ever-more tenuous, and there are very few jobs for new Ph.D.s. Eliminating the philosophy department shows clearly what the institution is for: definitely not for the intrinsic value of living a reflective life or, for example, thinking clearly, values completely alien to anyone with a degree in academic administration. There might be some students who would never otherwise have heard of Aristotle or Laozi, and whose life will be less interesting if there’s no philosophy class at their college.

But thinking about it from the point of view of intellectual rather than institutional history—from the point of view of what’s best for philosophy rather than what’s best for colleges, professors or grad students—the elimination of philosophy from academia might be for the best. Anyone, anyone could think more clearly, boldly, and freely outside than inside the academy, and it’s not a context to develop any new ideas about anything.

When I got to grad school at Johns Hopkins in ’81, I went because I admired and wanted to emulate people like David Hume or Soren Kierkegaard: people working with the utmost confidence at the broadest intellectual level, doubting the basic presumptions of the people around them. They made their counter-intuitive ideas stick by stating them beautifully and arguing for them rigorously. If people were telling them “You can’t say that”—and they certainly were—they found a way to ignore them and keep being intensely themselves on the page, as well as ways to kick the asses of those critics.

As we baby philosophers entered grad school, however, we were (already, back then!) told that most philosophy Ph.D.’s never got permanent academic positions. You had to do this exactly right, even to have a chance at a career. But professional anxiety and wildly interesting thinking can’t live in the same head. Neither Hume nor Kierkegaard ever took up a professorship, and Hume was rejected for several. Many of the great philosophers of the 18th and 19th centuries were professors, but many were not. The idea of Kierkegaard submitting papers to refereed journals, getting through department meetings, and putting together a dossier for promotion is, appropriately enough, kind of absurd. But since the more or less total capture of philosophy by academia in the 20th century, thinking and writing like that have become impossible, for a number of reasons.

When I got to it, academic philosophy was in its last gasp as a bastion of big thinking. Through much of the 20th century, the upper ends of the academy in particular were autonomous enough, and sort of Oxford-style traditional enough, to harbor some eccentrics. There might be a full professor who only got that one book out, 20 years into the career. No one really seemed to be watching. Martin Heidegger, John Dewey, and (believe it or not) Ludwig Wittgenstein, were all professors. I found heroes, mentors, and opponents in academia, working in that big-ass Humey vein: Richard Rorty or Stanley Fish or Stanley Cavell or Elizabeth Anscombe or Arthur Danto.

I’m sure various interesting people got missed in this hit-or-miss situation, and academic philosophy sheltered not only eccentric geniuses but alcoholics, harassers, or people who were basically checked out of the discipline for decades. But in fixing all of that, the institutions also “fixed” philosophy, neutered it, we might say. And the job market has been in a decades-long collapse. Grad students are filled with career anxiety and get filled with career advice. All of it comes down to this, the wisdom or our era: don’t fuck up. Don’t put a foot wrong. Try try try not to piss anyone off, because that will be the end. Be more like everyone else than anyone else. Safety first, and by that we mean intellectual safety first.

After a while the boldest biggest philosophers were mildly suggesting adjustments to the existing positions. Every journal article and academic book started out with a set of bindings or blinders which didn’t need to be stated. It’s hard to produce examples, in a way, because almost all the published philosophy of the last 30 years illustrates the problem. Just one: the late Derek Parfit, as apparently big bold and eccentric as anyone could possibly be, ended up his career with the argument that Kantianism and utilitarianism aren’t as incompatible with one another as you might have thought they were. It ain’t exactly “God is dead,” is it? It was greeted as a thunderclap, indicating that thunderclap standards had fallen precipitously.

The range of political positions one can take in academia now and survive is incredibly narrow. I think that leaves psychology, for example, doing fine. But eliminating all sorts of positions prior to inquiry: well, you can’t do decent philosophy that way. Everything has to be up for grabs. And roughly all academic prose now takes on the same voice; reproducing that voice is what graduate programs in philosophy are training people in. Even without any of the other crap, that’s enough to eliminate all Humes and Kierkegaard, all Fishes and Rortys and Cavells. No one working on that level can emerge in the discipline now. Such people will be greeted by incomprehension and hostility.

The fact that more or less all philosophy takes place in the academic context, and that that context is as I just described it, amounts to a hostile capture or an entrapment. People are anxious, but more to the present point, people are boring. Academia as currently constituted is where philosophy has gone to die, and those administrators are all set to erase its pitiful vestiges.

The end of academic philosophy will be tough for all the careerists, me included. But maybe it can just drift away by not replacing retirements.

I think of philosophy as a capacity, a talent, an obsession with finding the answers to the biggest questions, randomly distributed through the population. It’s something you are, not just something you do. I got onto it without assistance and haven’t wandered out. I think most of the people who need it will find it anyway.

What they find will be better if we can get philosophy out of the clutches of the current crop of administrators and department chairs.