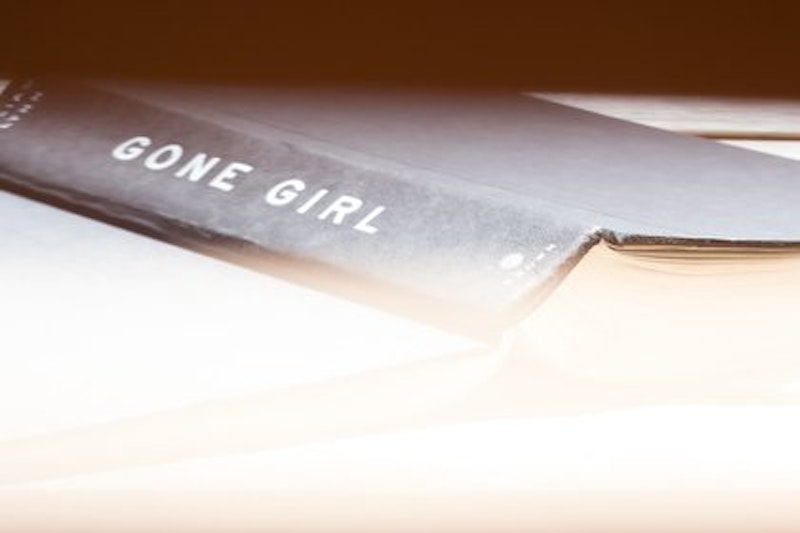 During half of last year I wrote a novel. And during that time, I read six or so novels, all related to research for my book. So once the new year rolled around and it was time to read something just for entertainment again, I read the novel my literary agent recommended: Gone Girl by Gillian Flynn.

It’s the first book I’ve read on my iPad. I’ve had iPads since they came out, but though I had downloaded books, never finished one: usually I was using the device to bribe one of my younger kids into playing a game so I could read something in print. I had a hipster-esque approach to the whole thing: I only read books in print.

But for Christmas, Santa delivered four iPad minis to my four kids, because Santa thinks buying piles of cheap plastic stuff they won’t play with in a week is a waste of money, there aren’t many gifts a seven-year-old would appreciate as much as a teenager, and now Santa can have her own iPad back.

So I downloaded Gone Girl and I couldn’t put the iPad down. I snuggled up with it under the covers, appreciating the fact that it lights up, thus eliminating the necessity of a pesky reading light when there’s a sleeping spouse next to you.

Speaking of spouses, and without introducing any spoilers from this book full of more plot twists and turns than a roller coaster at Coney Island, it’s about marriage. There is sex and violence and possibly even death involved, but at its core this book is very specifically about the marriage of a man (Nick) and a woman (Amy).

On their fifth wedding anniversary, Amy is found missing, which is a really weird oxymoron like “jumbo shrimp.” The book takes you on a ride of detective work, inner thoughts, character reactions and thrilling action; it completely embodies the “can’t put it down” book cliché. It’s the kind of book you fall asleep reading because you never really get to “a good stopping point.” The multiple voice narration goes back and forth seamlessly from the thoughts of Nick to the thoughts (and handwritten diary) of Amy. Someday in the future, I bet an English teacher will use passages from this book to describe the ever hard-to-describe concept of the use of “voice.”

It’s not just a thriller, it’s my favorite kind: a psychological thriller. And seriously, Gone Girl puts the psycho in psychological. Just when you think you know a character, you don’t. And it’s a wild, fun ride to try and guess what’s going to happen next, how it will end, and finally how you feel about the ending.

The e-book edition of this, her third novel, wisely includes excerpts from Flynn’s first two novels, Sharp Objects and Dark Places, which I will read promptly upon finishing my book club’s current monthly selection (The Shoemaker’s Wife by Adriana Trigiani) and I’m already looking forward to the curled-under-the-covers missed sleep.

In terms of critical acclaim, Gone Girl has been on the New York Times bestseller list (currently at #3 for combined print and e-book sales) for 35 weeks. I agree with The Washington Post that the book “draws you in and keeps you reading with the force of a pure but nasty addiction.”

In a Time review, Lev Grossman poignantly wrote that the book is “a thoroughbred thriller about the nature of identity and the terrible secrets that can survive and thrive in even the most intimate relationships. Gone Girl begins as a whodunit, but by the end it will have you wondering whether there’s any such thing as a who at all.”

And then there is Stephen King’s quote about Flynn as an author: “Gillian Flynn is the real deal, a sharp, acerbic, and compelling storyteller with a knack for the macabre.”

—Find Mary McCarthy on Twitter @marymac or her blog pajamasandcoffee.com