William Goldman Is Scared of Dogs

And he shouldn't be. A look at what the screenwriter-novelist has to say about critiquing stories. 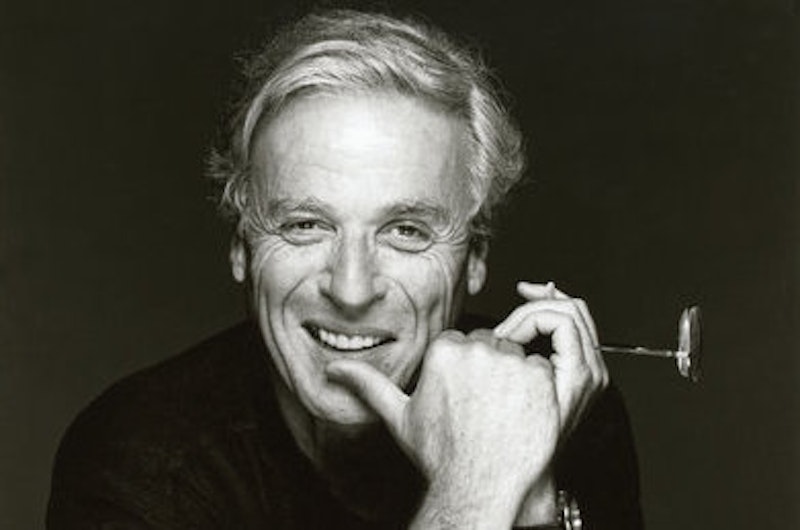 William Goldman wrote in one of his how-to books about screenwriting that amateurs would ask him to read over their scripts, and that what followed always took this rough form. Goldman: “Well, I'm not sure about the dog.” Amateur: “But the dog is the whole point! The dog is why I wrote it!” Goldman: “Oh sure, of course, I understand completely, good luck, I'm sure you will do fine.” In other words, he bowed out immediately because the amateur was beyond reason and was wasting everyone's time. If the script did get to some movie star, Goldman wrote, the star would toss it aside. “Oh yeah, that one,” the star would say. “With the dog.”

I'd like to be on Goldman's side, but I'm not. Maybe Goldman has been bombarded by such situations. After all, he's been a well-known writer for half a century. And I'll admit, from my limited experience of writing groups, that storytelling gimmicks do tend to show up in amateur novels and short stories.  I wrote a story with a frame, meaning that it introduced a group of characters and then one of the characters told the story proper. Another amateur wrote a novel broken into short chapters: paragraph, paragraph, paragraph, new chapter, and so on until the book ended.

Amateur writers can follow similar advice. If the best thing about your story is the frame (or the short chapters), then you're in trouble. Put the question aside and see what else the people have to say.

That's how things worked out with my frame story and the other fellow's short-chapters book, though in each case I had to make a conscious decision to let go before a tug of war developed. I think that, during these wrangles, both sides feel the same tug at their instincts.

By definition, a gimmick sticks out; it's the easiest thing to grab on to, for the intellect and for the ego. The writer can look at a page and know that something is afoot. Nobody else has told a story in the dual voices of a 19-year-old earth girl and the cybernetic identity inscripted in the wiring of a helmet designed by an alien computer for the girl to wear. But he has, and there are the italics to prove it.

The one who critiques, on the other hand, reeling from the Ping Pong narrative and alien terms, can look at the italics and think, Well, I know that should go. So the nail that sticks up gets hammered down. And on trying to hammer, the critic experiences resistance. The nail won't go in; it keeps sticking out, blunt evidence of the writer's ego, his babyish need to feel special. Maddening thing—give it another whack. The critic knows—or feels—not only that he's right but that he's virtuous.

Apparently Goldman finds himself in that state when he looks at an amateur manuscript. He's a soft-nosed man and not equipped for whaling on egotism, so he retreats and fumes about the other party's shortcomings. It's too bad. Groundhog Day (which Goldman predicted, correctly, would become something of a classic) originally told the first half of its story in flashbacks. The writer groaned when the producers ditched that idea, but it's not like Bill Murray had taken one look at the guy's old script and said no. (“Oh yeah, the one with the flashbacks.”) It's easy to look past these gimmicks if you're not searching for a fight. And many of the gimmicks aren't really a problem. I think my story’s frame worked pretty well once I changed it around a bit. Brian De Palma gave George Lucas grief over the opening titles to Star Wars. But those titles are great, one of the best things in the movie.

By some accounts, De Palma worked with Lucas to make the titles shorter. If so, he was smart, since they now seem just the right length. But you can see how things might have gone. There's De Palma looking at a rough cut by his pal George, a man for whom words are torture. His film's story suffers wildly from premise overload (“the Force”? what?), and George thinks he can finesse the problem by zipping the exposition (in print form!) past the audience by means of a visual gimmick (making the titles' path slant inward into the screen). He's got a screenplay that has to go through another draft so that the audience, when it learns what it needs to know about story background, can do so by witnessing dramatic action and hearing spoken dialogue. Not by reading slanted titles that move. Damn it, George, just hire someone, they can do the last... Oh fuck, he doesn't want to let go.

That's how things played out, or else Lucas and De Palma both manned up a little and took a look at what the film needed. Either way, the dog had a champion and something original got onto the screen.