The Complex Intersections of Running and Writing 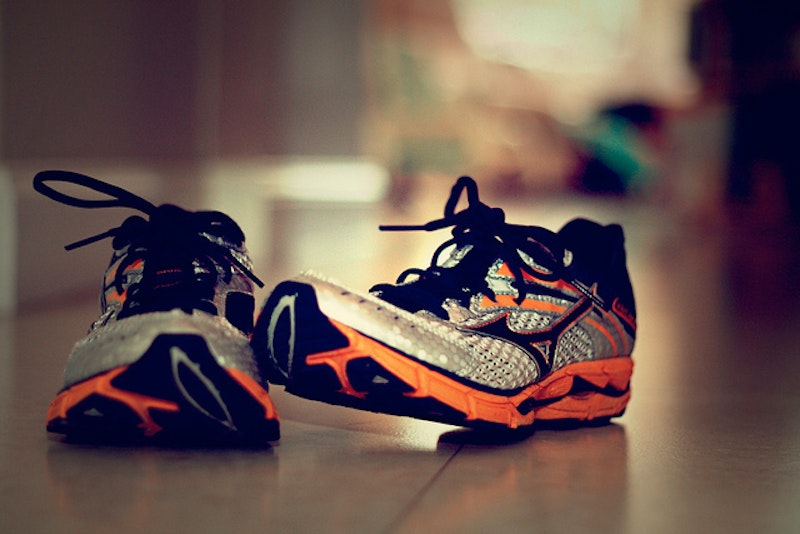 In Haruki Murakami’s 2005 book, What We Talk About When We Talk About Running, he says the reason he was profiled in Runner’s World is that writers who run are rare. More likely, Murakami is just being modest.

It‘s not just that writing and running complement each other: that people who sit all day might enjoy an activity that involves standing, or motion. It’s that writing and running are made of the same “stuff.” Joyce Carol Oates runs prolifically and views it as essential to her writing process, declaring in a New York Times essay on the subject, “Running! If there’s any activity happier, more exhilarating, more nourishing to the imagination, I can’t think what it might be.” Reading those lines, one feels as though Oates had just burst through the door from a run. Christopher McDougal, originally a less enthusiastic runner due to foot pain, became an ultra-marathoner while writing and researching his book, Born to Run. Malcolm Gladwell is also a running writer, and was found bantering about it on The New Yorker’s “Sporting Scene” blog during the Olympics with New Yorker editor, Nicholas Thompson, also a runner. Then there are the titans of literature, many of whom were prolific walkers: Henry David Thoreau, Walt Whitman, Charles Dickens, Henry James, William Wordsworth and Samuel Taylor Coleridge.

But what is it that compels these writers to run? Yes, writing and running are both solitary activities, and both require discipline and endurance. But there is also something mortifying about both acts: they hurt, and are, in a sense, masochistic.

The writer and runner appear drawn to that catharsis that comes from exhaustion, which gets harder and harder to achieve the more you practice your art, simply because you get in better writing or running shape. Occasionally, you’ll encounter a runner so thin, with muscles so tightly wrapped, and eyes metallic with that yearning for something just beyond reach, that you cringe and think, Perhaps this isn’t healthy after all… Murakami describes writing as unhealthy, that it exposes you to a “toxin.” He likens it to eating a fugu fish where “the tastiest part is near the poison.”

Writing and running are exercises in stretching your limits. Dig deeper, both the writer and runner say. Usually they’re relentless, most unforgiving task masters because both are trying to get to the essence of something—that somehow, the act of writing or running will peel back all the muddled layers and reveal some kernel that is truer than what came before it.

So the writer and the runner are after an enigma, some measure they have defined as personal success. But here’s the tragedy of the running writer: where does this end? Or does it end? For the runner, is it that marathon completed at your target time? For the writer, that novel or piece that finally captured that thing you were trying to capture?

Or, more darkly, do we just get too old for it? As Oates says in her Times piece, when you get old, that is when you switch to walking. Murakami too has his eye on the aging running writer: “Needless to say, some day you’re going to lose. Over time the body inevitably deteriorates. Sooner or later, it’s defeated and disappears.” But he’s not there yet, and he’d like to postpone for as long as possible “the point where my vitality is defeated and surpassed by the toxin.”

It never feels like the right moment to walk away. For both, the end of writing and running is usually excruciating: the runner is finally sidelined by that injury and the author slowly loses his or her cognitive ability or dies. People don’t often voluntarily retire from writing or running. Running writers carry on, desperately searching, training, beating themselves to a blistering pulp, running and writing, running and writing, until, one day, they can’t anymore.