Joshua Furst takes on the ghosts of future past in his admirably ambitious, if not entirely successful, new novel, Revolutionaries. 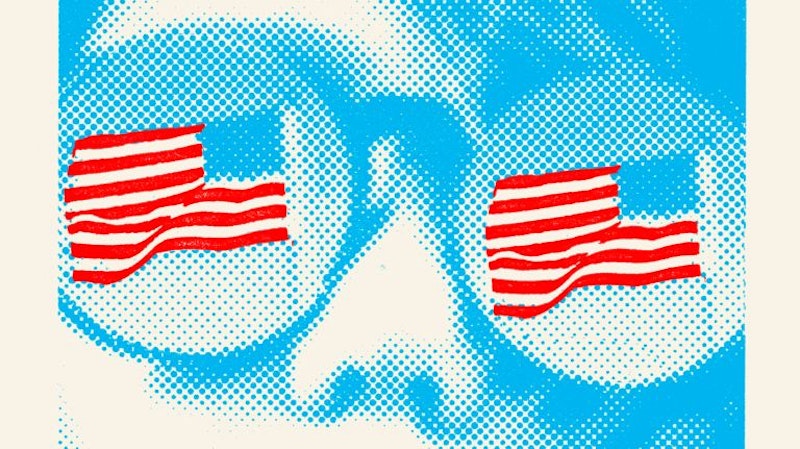 In Revolutionaries, Joshua Furst's protagonist, “Freedom’’ Snyder (he understandably prefers to be known as Fred) is the son of antic 1960s activist Lenny Snyder—clearly based on the late Abbie Hoffman—and his mother, Suzy. But real-life figures from that time, including Abbie’s friend Phil Ochs and radical lawyer William Kunstler, appear by name in this roman a clef, along with thinly disguised fictional figures like “Sy Neuman,’’ based on Hoffman’s “Chicago 8” co-defendant Jerry Rubin.)

It’s rich material and in largely unplowed area, with themes that’ve been touched on in film, like Robert Redford’s portrayal of a Weather Underground refugee in The Company You Keep, but less so in contemporary fiction. No one touches Dostoyevsky’s devastating account of pre-Revolutionary madness in The Possessed or Koestler’s Darkness at Noon, perhaps because American society does not lend itself to depictions of the class struggle. Today, every man counts himself, if not a king, then a potential heir to Steve Jobs.

Hoffman’s jaunty junket into social change anticipated the current climate, nominating “Pigasus’’ for President to spoof the real pigs who’d escalated the Vietnam War to capitalize on media he knew would be bored by the Old Left stodginess of meetings and position papers.

As Fred Snyder puts it, channeling his fictional father: “He’d say, with each loss, our army grew. The whole country on our side, against the war. Against the pigs and their vicious pig-like ways. When the press asked him, ‘Okay, but what are you fighting for,’ he said, ‘Fighting? Who’s fighting? Not us. We’re peacing.’’’

Sadly, Hoffman became a parody of himself, beating the rap when his initial conviction was overturned in Chicago but then getting caught up in a dumb coke bust and going on the lam as an ecological activist named “Barry Freed’’ in upstate New York before taking his own life in 1989.

Furst tells the tale from the point of view of “Freedom’’ (Hoffman famously named his son “america’’), who casts a cold eye on the dysfunctional circumstances of his charismatic but erratic, egocentric and wandering dad, his orgiastic surroundings—when his mom finally gets around to putting him in school, he considers telling classmates she screwed John Lennon, but decides they wouldn’t believe him—and the pitfalls of putting politics before people.

He finds a surrogate father in Ochs, who takes on a larger role in his life when Lenny disappears, despite an obscure falling out between the two activists. It’s an interesting imaginative leap—in real life, Hoffman was closer to Jerry Rubin, until the latter’s bizarre second life as a health food hustler and self-help guru—but one that rings true as a record of the enduring, endearing values of the troubled folkie, who committed suicide in 1976 at 35.

I remember Ochs before things went downhill for him. As a youth attending the Chicago protests in the summer of 1968, I heard him speak at the “UnBirthday Party’’ for Lyndon Johnson, setting himself apart from the crowd, from the clean-cut kids supporting Gene McCarthy to the revolutionary fervor of Tom Hayden and the wild in the street tactics of Hoffman and Rubin.

In Furst’s telling, the musician is already downward bound, but has enough humanity left to try to salvage Fred at a time when both desperately needed a friend. He’s the real hero of Revolutionaries. ( Suzy, Fred’s long-suffering mother, who puts up with Lenny’s infidelities as she tries to keep the faith, is the heroine.)

“Everyone’s an asshole in one way or another,’’ Fred reflects. “Phil was less of an asshole than most. He was kind. He was patient with me. I didn’t know from alcoholism…”

“So he was a drunk and a slob. So he was endlessly, fatally consumed with self-pity. So what? There was something luxuriously stable, more stable than anything else in my young life, about hunkering down for a two- or three-hour stretch behind the clouded windows of an empty dive with him. And I didn’t know—I mean, nobody knew—how close he was to spinning off the edge of the world.”

Furst offers an honest look at what’s been won, and lost, in the process. It’s slow going at first, as Freedom tries to capture the flag of his father’s quixotic crusades, but picks up steam as the boy gains an increasingly realistic understanding of the cards he’s been dealt. At the end of the novel, Suzy joins Lenny, who’s taken on a new name, “Nick Dixon,’’ along with a new bride, for a long-awaited reunion.

Speaking at an environmental protest that Snyder has organized, she reflects: “You know… there was a time not so long ago, when Lenny and I thought we were on the cusp of history. We could feel it, a vibration in the air, like every second was momentous, like each tick of the clock was going to change everything. And well… “I guess we did change a few things. But not in the way we thought we would… We thought we could win, is I guess what I’m saying. But listen. No one wins. You can do some good things. That’s about it. And when we realized this, we got a little lost.”

She went on. She let her defenses down for those few minutes, just long enough to show these people she’d survived. “And who knows,” she told them, “maybe you will save your precious river. I hope you do. I admire you people. But even if you don’t, you’ll still have to look yourselves in the eye.” She glanced at Lenny like she was about to confront him, then changed her mind and turned away. “Cause what I want to know is what can you bear to live with? Fight for that. It’s the only question that really matters.’’