The World of Fitness Influence 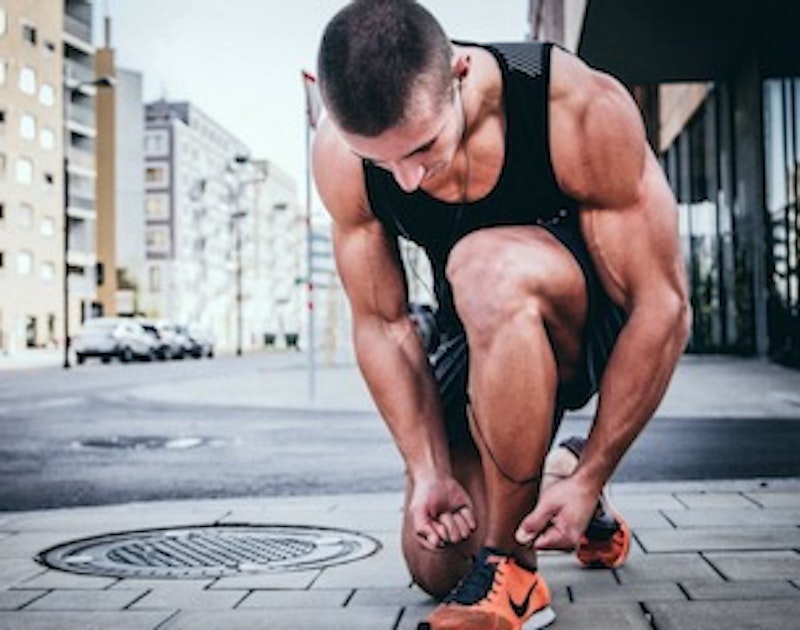 “God that ‘Brick’ Shidaus is just such a jerk,” said the influencer with the big pink mohawk, who had ceased screwing around with his Instagram story feature long enough to complain about a bitter rival. “He’s buying followers again to help his metrics. Probably 50,000 this time. Buying comments for engagement, too.”

The influencer with the freakish calf implants had been playing a game in which the object was to connect pink dots with red hearts. Like most childlike men his age—thirtysomething—he really loved that game. “Yeah, he’s terrible. Did you see that Soon-to-be Illegal Amphetamine Rush Drinks is sponsoring him now?” he added before turning his attention back to the game.

The influencer with the mohawk snapchatted the influencer who’d just had his cheekbones surgically shaved down to the point where he now resembled Skeletor about what the influencer with the freakish calves had said. “Fuk this pig soy boy he shud die,” read his text. “Oh, no doubt,” he said after sending that text. “Man, I am so cooped up all the time. @KratomPartyGirl never wants to go out. We just sit around my dirty rathole of an apartment, snorting MDMA salts and rubbing each other while we look at our mentions.”

The fourth influencer, whose pupils were the size of saucers on account of his recent drug use, noticed the other influencers were looking at him, waiting for him say something. “@SwoleSuze slid into my DMs again. She said she liked the sponsored posts we did last month for that fruit juice the FDA recently discovered was about 50% arsenic and 50% steroids.”

“Yeah, I sent her this text saying I had a good time when we chilled together in those pictures and I wanted to take a few more,” said the influencer with the enormous pupils. “Plus that was almost $500 cash from the shady creep who sells that toxic shit.”

“Jonas Ruggleteapot? Did that schmoe actually pay you the money?” asked the influencer with the cheekbones. “He owes me like $250, and I’m five months behind on my share of our rent, so it’s either he pays up or I have to go on another one of those weird Saudi Arabian yacht vacations where some sheik rubs and ‘trains’ me…”

“Nah, but he said he’s working on some big sale, so I trust him,” said the influencer with the dilated pupils, who didn’t trust Jonas Ruggleteapot at all and was either going to move back into his mom’s basement or take another one of those Saudi Arabian “training” vacations. No matter what, he still held the filtered pictures of @SwoleSuze in high regard, and perhaps if he ingested enough erectile dysfunction medication while “pregaming,” he might be able to get with her for a couple of seconds.

“‘Brick’ just texted me about going to do some guest posing in this dude’s loft,” said the influencer with the calf implants. “He says that ‘Chayne’ Link and @CBDBaberahamLinkedIn are going to be there too, and everyone’s going to huff paint fumes, loosen up with some poppers, take Cialis, and then hook up to a stem cell IV drip.”

“That sounds lame,” said the influencer with the dilated pupils. “Brick’s just going to tag us and blast out some posts while some old people feel us up. He’s going to flood the zone while we’re out of our minds.”

“Well, I’m down,” said the influencer with the cheekbones. “I’m so stressed and have to cut loose. All the drugs and herbal remedies I’ve been taking aren’t helping with my PTSD and anxiety and whatever else I’m always posting about overcoming, not anymore. I’m hurting, fam.”

“Nah, @KratomPartyGirl is just real chill,” mumbled the influencer with the pink mohawk. Say, did his parents still love him? But that question: only in passing, and soon forgotten.

“I hate huffing paint fumes even if it’s for chemsex,” said the influencer with the enormous pupils. He’d sent a dozen captions to his Instagram photos in the last two minutes. None of the captions were longer than 50 words but taken together they told the story of his life. The story was sadder than The Sorrows of Young Werther, a book that might’ve passed for sad during the 18th century but couldn’t hold a candelabrum to what this influencer was going through.

The trays, plates, napkins, and silverware were stacked in a pile at the center of their table. The four influencers had been in the overpriced sandwich restaurant for so long that the vegan mayonnaise-soaked remnants of their farm-to-table lunch had started to stink. Yet these influencers had the world at their fingertips and couldn’t smell a thing and wouldn’t pay a dime, because they were being fed in exchange for a couple Instagram posts. In the comments to those posts, their followers would express their undying thirst to them. Their impromptu chemsex party would be memorable, although they would forget everything that happened there except the abscesses and infections on the parts of the body where they had injected themselves.

Like most other hustlers, the four influencers slowly went down the tubes. Nobody noticed amid the millions of mentions they received. It wasn’t the sort of thing anyone cries about, after all. Besides, you know what they say: #TrainInsaneOrRemainTheSame #RicFlair #AestheticKid420.