Lost and directionless, I used the Buffalo Zoo as my Empire State Building. 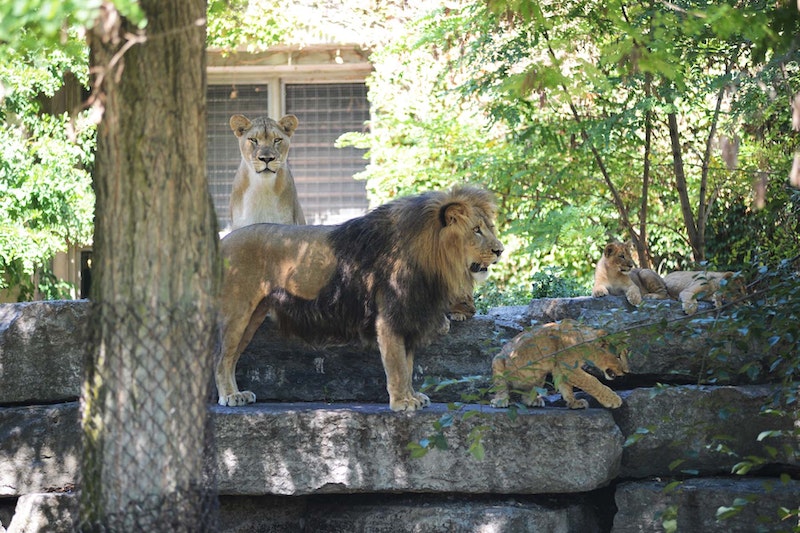 The Buffalo Zoo isn’t downtown or in the suburbs. It’s in a neighborhood known as North Buffalo, and its expanse stretches along Parkside Ave. for a few blocks. This allows commuters to see giraffes on their evening commute, weather permitting, which in Buffalo is a risk.

The zoo is a few blocks from a fairly major artery known locally as “the 33,” or New York State Route 33, which will take you to the heart of downtown, and, conversely, out to the northern end of the city which abuts Kenmore, one of the earliest planned suburbs in this country. North of there lies Amherst, Clarence, and the wilderness. That’s if you don’t consider anything West of the Hudson to be the prairie, to begin with.

I learned to drive in Buffalo, because I had to. There’s public transportation, but it’s not reliable or comprehensive, as a means of moving between the exurbs and downtown. And so, driving lessons and a road test, and I was given a driver’s license. That didn’t mean I knew where I was going.

I used the zoo as my Empire State Building. While working as a bicycle messenger in Manhattan, I didn’t need a compass, as long as I could find the ESB. I made a living. I needed a landmark in Buffalo, and quickly found the zoo. I could get that far, from downtown, and then I’d call a co-worker in Amherst to help get me the rest of the way back to the office. Mark came to expect my phone calls.

“Okay. When you come to the viaduct, go to the next light, and make a right...”

After several of these calls, over a beer, he presented me with a large format Atlas of the Queen City and environs. I was touched, but embarrassed.

“Dude, you have no sense of direction. You could get lost in a teacup.”

He’s right. West, as a concept, to me, is a quadratic equation. It’s landing a plane on an aircraft carrier.  It’s pole-vaulting. Can you pole vault? Over time, I’ve come to determine that it has to do with fear. The fear of getting lost. The single most frightening thing I’ve ever experienced was watching the sophomoric Blair Witch Project, which is a snot-filled extended moving selfie of three collegians lost in the woods. I almost got sick, watching it, and felt crappy for three days.

By definition, fear is “an emotion induced by perceived danger or threat, which causes physiological changes...” I’ll buy that. I have a friend who chose, for several years, not to enter our home when my daughter’s entirely harmless corn snake was outside of its tank. There’s now an officially named fear of not having mobile phone access. Nomophobia. Getting lost is really bad for me. Man’s single greatest achievement is... Google maps.