You pray at your god’s house and I’ll pray at mine. 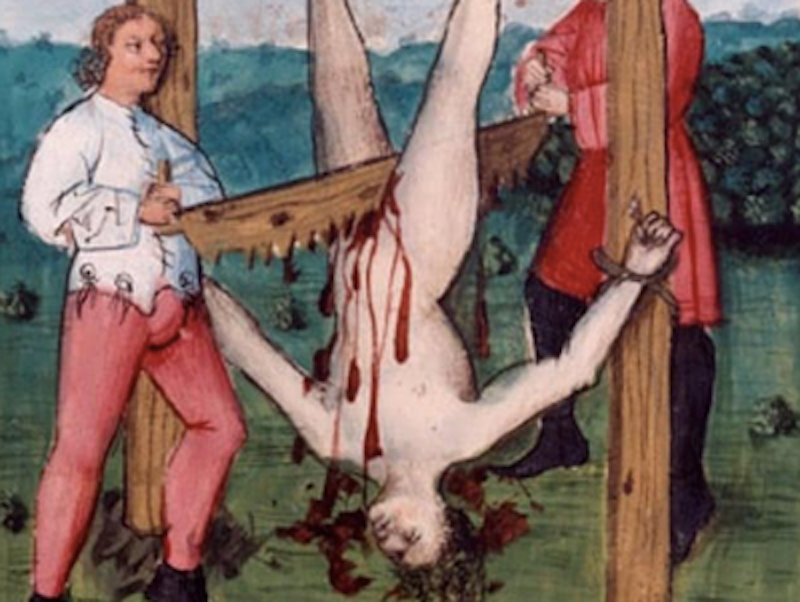 Hypnotic trigger reaction. Jerk and twitch, rubbing your aching bones. Another disturbed day of broken and beaten atrocities on display. Shredded noses to the dull grindstone of set props. Ears fall deaf, never hearing the clarion sound. Blank dead eyes stare at what stands defiant in front of grotesque glaring faces. Fingers without feeling touch bloodied truth. Futile attempts at escape; navigate through wet shit by shovelfuls. Dumped from the foul mute mouths of tiny little men. Dousing a baptism by fire on the heads of a faithful assembly. They spout revelations of triumphant denial, hooray for us, and our brethren.

A celebrity cult of cronies and ass-kissing boot-lickers slither across cool marble floors to kiss the unholy ring. Famous for being famous. Make the perfect calls, spouting from robot reptilian brains… for they can do no wrong. Self-proclaimed champions of the airwaves rule the rabble. Christened messiahs charging at breakneck speed, running roughshod through the great expanse inside fallen pillared halls. They lord over silent masses of the pissed-upon. Exuding a fetid stench of tainted bloody shit and guts all over the dishonorable Senate chambers. Drooling raw sewage spittle on the food we must eat and in the water we’re forced to swallow. Bitter pills from the hard party lines dictated to unwilling servants. Two sides of two minds split down the middle and neither one’s worthy.

Super moons, killer viruses, the zombie apocalypse, public displays of insanity, cruelty and sexual perversion are voted by a neutral panel of peers as the most popular viewing entertainment. This is why we take sides. Oscar-award winning extreme weather reality deniers to the point of delusional distraction. The dead living it up in the puppet land of make believe. It changes gradually like mood lighting illuminated on the evil whims of whack jobs and sorry entertainers. Help, I’m crazy! Maybe I’m dead too, like an old friend I know. As I sashay across 900 feet of red carpet drenched in the blood of virgins displaying the latest in vogue runway fashions. The giant asteroid looms closer to the planet.

Augmented reality sliced and diced into sound bite slide shows of the real sound mix with messages and images from deep space. Every 16 minutes we send out an SOS signal. We have the technology to get simple. Broadcasting our rescue. Can anybody hear us? Crowd-sourcing radio wave speakers in code display the downfall of life’s disenfranchised world. Everybody gets a medal of freedom. Even you undeserving pig fuckers wallowing in the sty. Fighting each other’s right to fight. Filled with the puerile cancer they emit. Soliciting pleas for sympathy as I slowly go nuts watching Mr. Peanuts’ last gasp. Apparently the victim of peanut allergic psychotic reaction. Driven insane on the express bus to nirvana. Invitation to the free pancake breakfast and open bar bull roast of all time in a church auditorium’s fundraising dinner for one.

Free passes to the public execution. Discounted beer tickets. Paid spectator movie extras. Objects appear closer than they really are. Nobody fucking knows why. Bogged down like quicksand. It’s the stuff of sleazy carpetbagger opportunists, and speculator winner-takes-all development dream brokers. Real estate agents for the brain trust. Prime land in outer space for the taking. Just ask the Indians. Like the comic character who attempts to cut a single teeny green pea on a china plate exactly in half with a butter knife and fork. Right down the middle like scissors on the dotted line of your last will and testament. Null and void.

That kind of tripe might get a pass in the big top circus but we’re down here in the trenches. Anything’s possible in hard times. Tough luck. Folks have murdered their mothers for less. Another war between the States. With spies and traitors, even heroes to save the day. You wave your flag and I’ll wave mine. Waving their dicks around like swords. You pray at your god’s house and I’ll pray at mine.

The gods of war rejoice. Friend against friend, brother against brother, and against god. And all the foreigners say, ”Just another stupid American.” Just a teary-eyed patriot defending a flag. Hand over heart. Fighting for a concept beyond logic’s half-truths. Flat-out lies shoved down the gullets of impressionable children. Where faith’s bad wagers pay off to give hope for sinner’s sucker bets. Now that we’re conquered and divided, the losers must squabble among each other’s shadows. Crushed rebellions, smashed revolutions, beggars begging to protest too much.

Leave some crumbs of history to guide us. Leftovers from the last civil war. Lovingly reproduced replica collector’s items up for bid on the eBay of vintage hatred. The vintage slavery of Anglo-Saxon guilt. Burned out from the new world order. Everybody has a price. White Protestant Catholic junkie pedophiles march for rights. Neo-Nazis with tiki torches and swastika tattoos join in the cause of the NRA with a 20 percent discount on all ammunition.

Free membership in the goon squad. Join the new youth movement. Burn those flags. Tear up that speech; wipe your ass with the Constitution. Know your enemies. You can find them in church every Sunday. Drink the blood and eat the flesh. Can you hear the prayers?