I was a pre-teen Russian asset. 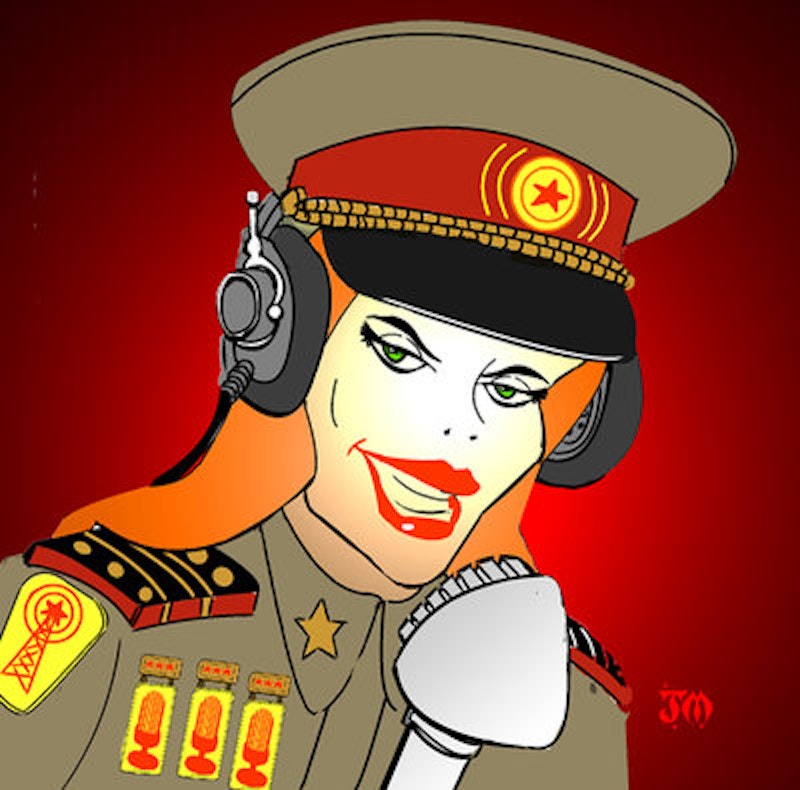 Blowtorch among these was Radio Moscow, its North American Service beaming megawatts of propaganda to earnest thrill-seekers like myself.  We were the eager-beaver Boomers who read the papers and watched the news, and got ginned-up bad over the chance to get it straight from enemy microphones.

That said, in the interest of transparency, while numerous, we were not exactly typical, but rather on some kind of behavioral spectrum that expressed itself in obsessive hobbies.

The whole affair was a very mixed grill of motives.

Among them were dorky, anorak-y notes of stamp collecting and trainspotting. We mailed out reception reports and received colorful verification postcards from many lands in return. All these shortwave safari trophies we’d tack up on our bedroom walls. Some stations sent banners too, for a cosmopolitan counterpoint to that Yankees pennant from good old Uncle Larry in Queens, the sport who never showed his face without a case of Ballantine Ale for the house, and for you my man, a quart of Nedick’s with your name on it.

International decorator bric-a-brac aside, in my case at least, the main attraction was morbid curiosity about hydrogen bomb-throwing Communists, the reason we ducked and covered under our desks and hunkered in the halls throughout grammar school.

Before we shortwave-niks got wise, before we actually began listening, still torturing over radio catalogs which entry-level set was best for pulling in heavily-accented evil-doers, the prospect of eavesdropping on nuclear war’s pre-game show was drop-dead titillating.

But not long after we built or unboxed our radios, the jig was up.

We discovered Radio Moscow announcers didn’t present like Rocky and Bullwinkle’s spymasters Boris Badenov and Natasha Fatale. Radio Moscow talent about passed for east coastal Americans. Allowing for their better diction, grammar and milder regional accent, these Reds could’ve just as easily been Uncle Larry and Aunt Claire from Queens. And the biggest disappointment was nobody called us kids Running Dogs or Imperialist Swine.

So we shopped around. We scanned our dials for heavier accents and desk-pounding tirades. You could pick up Castro on Radio Havana, but for us gringos, Fidel’s fuego got lost in translation. One-by-one, we logged Hungary, Romania, Bulgaria, East Germany, Czechoslovakia, Yugoslavia, even wee Albania beaming English broadcasts and none really met our expectations, spoiled North American media sophisticates that we were.

Clearly, Warsaw Pact signatories missed an opportunity to weaponize me and thousands more Young Shortwave Pioneers all for want of a programming punch-up and a few bars of musical Yeah-Yeah-Yeah. Was it too much to ask for a Slavic Tokyo Rose, a modern makeover of World War II’s radio seductress? Come on. We watched enough old movies to savvy that sexy.

Back then, I heard rumors. It was said some of us came under government scrutiny, generated by the communist junk mail we often received once all these propaganda outlets glommed onto our names and addresses. And if your parents had no skin in the national security game, what could be more romantic and interesting than being lit up as an FBI Person of Interest?

My dad was a newspaper editor and he just rolled his eyes at my commie swag—a goofy windfall of program guides and calendars and tissue paper tabloids about bumper turnip crops. True, it was enough ephemera to pad a hundred current events projects. And the stuff came through reliably as Publishers Clearinghouse Sweepstakes entries, such that I wondered if a significant portion of Bulgaria’s GDP was being devoted to my social studies grades.

However, from my naïve perspective, some us hit the jackpot. Such a lucky duck was a contemporary with whom I recently discussed our 1960s short wave hobby. Confirming my once- fondest dreams, he triggered this Splice Today true confession.

My Facebook friend was an Air Force brat and his father was stationed at a base that launched military satellites. After my friend received a shipment of communist shortwave mail, including a nice picture postcard from Radio Moscow, he artfully arrayed his treasure on the family’s kitchen table for his father’s inspection.

His father’s response was not without nuance.

Dad expressed pride in his son’s budding technical skill and worldly curiosity. This was good. Then his father expressed concern for his ability to put food on that particular mid-century modern maple kitchen table. Discussion followed about security clearances. If superiors caught wind of this spread, it might not go down so well, by extension, for all concerned.

Back then I couldn’t, because my father didn’t launch military satellites. I also couldn’t because nobody counted on me to earn a living. So I couldn’t existentially appreciate the ugly, unfunny, unromantic side of life in Cold Wartime. And it’s my guess that’s the way it was for most of us short-term shortwave Soviet asset interns, best case no more than a whiter shade of pink.

Younger American political observers might not appreciate those years of fashionably listening dangerously, or how, simultaneously deep and superficially Russia invaded our heads.

Consider how, just out of junior high, I switched off shortwave and tucked a slim volume of Yevtushenko poetry on top of my ninth-grade book stack to impress a pretty avowed Marxist classmate in Honors English. And listen wisenheimers, I wasn’t all about craven teen jive. “Zima Junction” was okay in this freshman’s book. And if Yevtushenko was himself a disinformation agent, some double secret humbug, big deal. His Penguin paperback cover looked sharp as a crimson thistle passing between classes in my old high school hallway.

What’s more, as a rocket kid since news of the Mercury Seven astronauts splashed across My Weekly Reader, I was long over the moon for Russia’s baroque space shots from their Cosmodrome, deep in Kazakhstan.

From Cosmonauts to folk tales of witch Baba Yaga and her living chicken-legged cottage, Russia has beguiled me for one reason or another as long as I can remember, almost as powerfully as the America’s Golden West.

And how long can I remember? I’ll be 71 this year, so I’m pretty sure, unlike Tulsi Gabbard, this geezer and his aforementioned Facebook contemporary have surely aged-out for Russian weaponization.

Gosh all hemlock though, it still beats me how our 2020 presidential campaign devolved to style book rhetoric of the House Un-American Activities Committee, who every progressive who was anybody utterly skeeved in the 1960s—from Pogo to Dalton Trumbo, on down to the Daughters of the American Revolution list of Despicables.

Huh? Maybe it’s me and a few other retired ex-teens, whether they read New Left Ramparts magazine in study hall by day, or shinnied up street signs to post Goldwater stickers by night. Some of us did both.

But no matter where we came from, or where we stand now, peddling Russian meddling at this late date strikes us far beside the point of what is to be done.