Efforts are made to raise money for the citizens of Anytown and Maggie McCleary works on her world-famous tan. 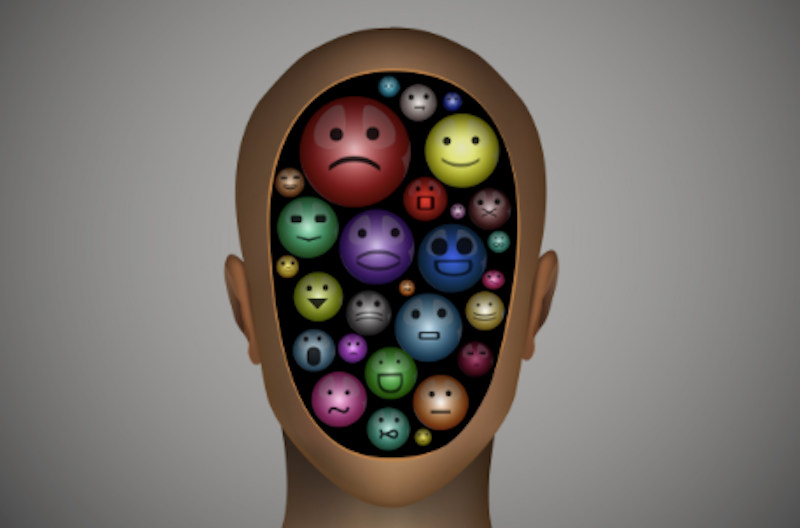 “Sometimes a memory—not even a specific memory, but rather an impression of a place at a general time—will become so overwhelming for a man he’ll have moments, years later, where a sound or a smell or a phrase overheard in conversation puts him right back in that situation from so much earlier, know what I mean? Don’t look at me like that. Call me crazy, fine. It just may be a lunatic you’re looking for.

“Point being, if the emotion brought on by such a vivid sort of memory is one of guilt or regret or shame, that can eat you alive and rip you apart. A man is at the wheel of a jeep while he’s stationed overseas during the War, driving his buddies back to the barracks after the bar closes for the night. He overcorrects, rolls the jeep and a couple of his mates die. He gets off with a slap on the wrist, a warning, goes on to serve and do his couple of tours, but he’s got it in his head somewhere that he didn’t get a clout hard enough upside his head, so maybe God or karma or the universe hasn’t finished with him yet. When his first child is born with water on the brain, he goes to pieces because of course this can’t just be coincidence or the natural outcome of the genetic lottery. Fate’s thumb was on the scale. The bill has come due. He’s being punished for the auto wreck and all the other wickedness in his past, broken apart by things he’s totally powerless to change or take back or affect in any way.

“Is this real? Who can say? It’s a different time, and a diagnosis of paranoid schizophrenia involves a lot of guesswork, and who’s to say whether the feeling of divine or karmic punishment is the cause or the mechanism? Either way the result is a ‘family curse’—one generation’s mistakes and shortcomings poisoning the next, because it goes without saying that the next born son will carry the yoke of both his father’s mania and his older sibling’s mental infirmity, a chip on his shoulder and a violent sensitivity to words like ‘retarded’ and ‘mongoloid’ that will provide the spark to ignite a hundred fistfights throughout adolescence and dozens of beatings when he becomes a father himself. And what kind of children will he raise? And what kind of husband will he be?”

The Man with the Gold Car opened his eyes slowly, a contented smile stretched across his handsome, unblemished, ageless face. He turned his head deliberately, regarding his passenger warmly, all the while speeding along at better than 100 miles per hour in his magnificent Gold Car.

“I feel like a malt and a cheeseburger,” he announced, his eyes widening with delight. “How about you?”

Rod Hugedork began to stammer a response when the wondrous Gold Car’s cigarette lighter—also gold, 24 karat, the Real McCoy—popped out, thoroughly warmed and ready for use. The Man grabbed the lighter, holding its gleaming handle between the middle phalanxes of his first two fingers, its “business end” glowing bright orange.

“Enghhhhhhhh!” he shouted in a harsh, shrill tone that mimicked the sound of a game show’s buzzer, before pressing the heat of the lighter directly into the cheek of Hugedork, who shrieked in horrible agony.

The Man reached across the stunned, terrified Hugedork’s chest to open the passenger door. Shoving back his own seat as far as it would go, The Man withdrew his foot from the accelerator as the Gold Car hugged a turn tightly and coasted at great speed. With incredible dexterity, he kicked the still-moaning passenger fiercely about the head and body a few times.

“Get the fuck out!” The Man with the Gold Car exclaimed in an oddly jovial voice, sending Rod flying out the door and careening across the rough asphalt of the dark road, scraping and cutting his already battered and bruised body all to shit, leaving him to tumble end over end and roll down the embankment after smashing his face to pieces on the guardrail, coming to a stop at the bottom of a ravine lined with some incredibly jagged rocks which made mincemeat out of any of his bones and soft tissue that had not yet been broken and mangled to hell.

“Y’all! Why isn’t Jayla Ba-Bing! in the studio with $teben Hawking working on a follow-up to last year’s club banger ‘F Me Like an Animal (Like a Heckin Doggo)?’” popular pop culture podcaster Lo-Cal wondered in an affectedly “urban” voice that seemed to belie his Vassar education.

“I’on know, bruh! She do be lookin’ nice in them daisy dukes though,” remarked his co-host and reputed bestie, Dr. Fly Dick, who was an internist at Coast City Memorial for his “full-time,” but he never let that distract him from keeping up with the latest jams and cuts and other pop culture minutia. Or from getting “turnt” with the assistance of “that Purple Pizz,” a grape Kool-Aid/Ketamine mixture he sucked down like an infant feeding on Similac.

“Mmm-hmmmmm. Dey’on think it be like dat but it do!” agreed producer/contributor Jassmene Smax, an enthusiast of “the culture” from Borough Park who’d moved down to Coast City because she hadn’t found wearing a Mitpahat sufficiently “hood,” figuratively speaking, for her liking. “Nah mean doe?”

“Ay, times is wild. Solidarity with our peeps down Anytown way. Y’all stay safe f’real f’real an’ keep it 100 wid’ja comrades,” Dr. Fly said somberly to afford what were believed to be thousands of deaths the gravity they deserved.

“Yeah y’all we got a relief effort for folx to contribute to so these peeps can get theyself some help an’ jus’ so y’all know us an’ our friends at RedHill Solutions gonna do a 100% match on all da donations we receive for them folx from now through til Monday,” Lo-Cal explained.

“But’chall hol’ tight, we got Lil Twerp comin’ up onna other side an’ we finna talk rims, da chickee waaaaangz and thick bitchez after we play his new jank he bout ta drop. This a preview. What it called, Jess?” Lo-Cal asked.

“The jam is called ‘Rainbow of Ho’s (I Fucks ‘em All)’,” she answered, readying the song.

“Awwww yeah, an’ the Doctor writin’ out a scrip’ for y’all folx out there tryna turn up an’ all it say is ‘Listen to dis shit,’” Fly Dick shouted exuberantly as he and his cohorts cackled wildly.

Nine cents of every dollar contributed by listeners of the trio’s “Da Hood Kr3w” podcast went to the families of those Anytown residents whose eyes had melted in their sockets, eardrums had exploded and liquefied brains had poured out of their nostrils. The funds collected by RedHill, a multinational investment management corporation based out of Edgeside, were put toward a special bond project whose stated goal was to “create greater equity for BIPOC and Latinx bodies in post-crisis Anytown spaces,” as well as the creation of an inclusive and inspirational “Doing It Together” ad campaign intended to “foster an environment of healing for those most affected by this and other tragedies.” The “100% matching” mentioned by Lo-Cal was “tabled until the end of the fiscal year,” with the expectation that it would be abandoned quietly when everyone moved on to obsessing over the spring release of Time Man’s Ghost, a trailer for which would be “dropping” just a week after the fundraiser’s end.

Media mogul, daytime talk show host, entrepreneur and, of course, most importantly of all, “proud mommy to Blaine, Ashton and Mary-Pat,” Maggie McCleary was hell-bent on being the first non-news-based Anytown program to return to the air. That people were still “literally dying rn” did nothing to dissuade her, nor did any other appeals to good taste or her own sense of decency. “Suck my ass when it’s bleeding, you bunch’a dickless faggots!” she’d roared in response to pleas from her producers to wait another week or at least a few days, then stormed out of the meeting room with the intention of slathering her entire body in Papa John’s Special Garlic Dipping Sauce and heading to the roof of the office to catch the rays of the midday sun.

“Mags,” as she was affectionately called (as had been decreed in a written order to all staff), was noted for her deep, bronze tan, which she’d developed and honed over her years at the At-Home Shopping Network, darkening it to greater and greater degrees until she looked like a stick of mahogany furniture buffed to a fine sheen. Her own “Tan Towelette” product had helped—and left her with perpetually orange palms as an unwanted side effect, but to “Mags” this was simply the cost of doing business (or “CBD,” as she’d erroneously abbreviated it; when an intern, unaccustomed to her wrath, made the mistake of correcting her, the Aikido-enthusiast Maggie had palm thrusted him in the windpipe, lacerating his trachea and resulting in one of a number of lawsuits she and her team had settled quietly out of court over the years)—but it was “Papa’s” signature garlic butter that was her super secret weapon.

So imagine if you would Ms. (“She’s single, fellas!” quipped the hot young college comedian with a flick of his smiley face suspenders) McCleary’s fury when she discovered her stockpile of PJ’s Special Garlic Sauce depleted. Thoroughly cleaned out. You can’t. So all I can do is try my best to describe it for you.

You know in cartoons how steam will shoot out of an animated character’s ears and more teeth than they could possibly have in their mouths show as they growl and spit and drool in absolute white-hot anger? It was a lot like that, and when she was told by her assistant, in response to her barked order to “get the boy here now”—as all pizza delivery personnel must be referred to as a “(pizza) boy” regardless of age or gender—that the boy, in this case Brian Powell, hadn’t shown up to the pizza pie shop he’d been court-ordered to work at in over a week, she grabbed her assistant by the tie and yanked him violently toward her enraged, snarling face.

“Then fucking find him, or I’ll pop your head like a fuckin’ zit!” she hissed, her nostrils flaring.