A short history of the Amish in Pennsylvania is like a lesson frozen in the past. 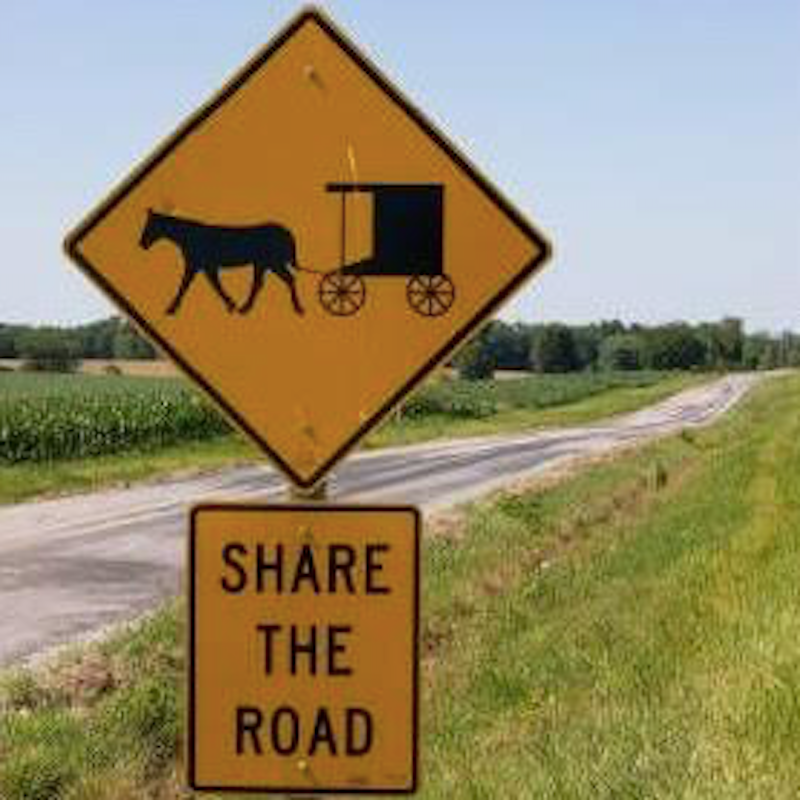 Some think I live an extravagant lifestyle as a poet and independently wealthy musician. I sit in calm repose on the lap of luxury. But at what cost? I dwell amongst immortals without a care in this world. The calling of poets is like that of crazy drunken monks or religious fanatics who self-flagellate and prostrate themselves in front of a crucifix. Pledge a vow of poverty, rejecting social trappings, feasting upon the meager scraps of government controls, brushing crumbs from wealthy tables of commerce. However, I've never known churches to be poor or of comfort. Likewise, I never took a vow of poverty, but that's where I'm most at home. Let's face the cold truth. Poets hold culture’s imaginary ladder for the rest to climb to the top of a nonexistent delusional arts hierarchy.

I'm no better off than most of the herd, living day-to- day, paycheck-to-paycheck. I'm never getting ahead, playing catch up with monthly debts. During the past year, I was a security guard. After taxes, I was taking home less than minimum wage. That pittance plus the drudging monotony drove me insane, and I finally quit. Now I furry the Amish to and fro. In times past, I delivered workers for an Amish market, Amish logging crew, various medical appointments, grocery shopping, and now, once again, I'm taking Amish workers back and forth from job sites. It's easy work except for the wear on my not-so-new car. High gas prices take a toll, too. We're talking small potatoes here, but every penny counts.

I shouldn't complain, but with my advanced age, what's a poor poet to do? The monthly social insecurity I receive isn't enough to make ends meet. As I slowly unravel the infirmities of old age, ailments, and ravages of the times, it's a meager living. I live close to Lancaster, Gap, Ronks, Paradise, Bird In Hand, Intercourse, and many other Amish communities. There's no shortage of shuttle services for Amish workers to and from the farms and businesses they inhabit.

A short history of the Amish in Pennsylvania is like a lesson frozen in the past. Yet, how they've flourished for centuries without many of the contrivances we take for granted is inspiring. They call the non-Amish English. Their rejection of modern society and its trappings is standard. Being of the "English," I'm no confirmed atheist. I believe in a greater power. Just not the wholesale old white dude, sitting on a cloud in heaven's bargain-basement. But, growing up indoctrinated, adhering to a Catholic upbringing of brainwash fairy tales leaves little wiggle room for faith in divine entities. I align with Buddhist ideology and respect all religious freedom in every culture. But I don’t embrace those who flaunt religion like whips and chains.

I'm not explicitly referring to bondage, fetishes, totems, taboos, or BDSM. However, it's sublime, dancing around who serves Bible lessons or leather, latex, ball gags, and strap-on dildoes. It's all a not-so-subtle form of kinky worship to me. Perishing in a pit of brimstone, pain, and suffering is a fine line between agony and ecstasy. It's been called the Beatitudes, a prolonged state of grace and supreme blessedness. The Amish culture has bucketfuls of that. They don't embrace vanity or showing off in clothing or possessions. They don’t boast or brag. They share a common disdain for having photographs taken of them, similar to the indigenous tribes of North America shunning graven images produced by a magic box stealing their souls. Some evil spirit hoodoo that keeps them humble, plain and simple. It reminds me of the Hasidic Jewish community of Williamsburg, Brooklyn, who share typical scorn for anything outside their sect. I once saw a rabbi father drag his son out of The Right Bank bar in Williamsburg. He was cursing in Yiddish and smacking the poor boy. All these religious groups have contempt for the world outside of their sacred scene.

The Amish traditions hold fast to each bishop's church. They adhere to the doctrine and disciplinary actions of each leader's congregation. Some are stricter than others. Those who break with the church are shunned, like ex-communication in the Catholic church. Infractions like divorce, adultery, illicit drugs, and alcohol use are verboten in practically every faith, with the Church of Satan an obvious exception to the rule.

I'm uncertain why the Amish are forbidden to drive. I've witnessed them riding tractors, albeit on metal wheels. Do they have a pet peeve against rubber tires? Their horse and buggy trips clog country roads, but it's a minor inconvenience. The farmers speed the plow through fertile fields, pulled by giant brown mules. The Amish never left the natural universe.