My wife and I have been in one. It’s no fun. 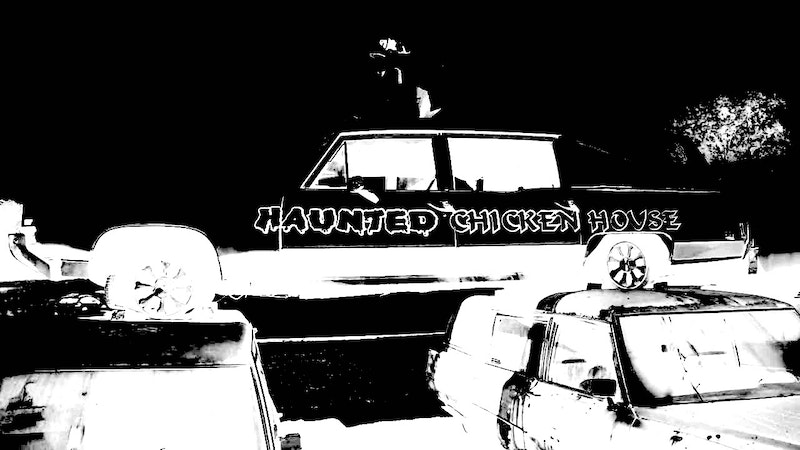 For a time in the 1990s, I was an aide to Stephen King. That all ended the day I refused to give him a ride to the store and so he walked and got hit by a van and almost died. He wasn’t exactly pink about it, and despite being a gentleman and never mentioning me in the press, I got the freeze out and left Maine soon after. Good riddance! Horrible town. I don’t care if it’s a state, it’s a town to me. There’s nothing there but snow, deer, and fecal humiliation. It’s horrible, you’ve never seen so much cow dung on the side of the road. That’s why King got hit—the driver swerved to miss some cow shit.

Before “the Safeway incident,” I was a welcome guest in the King household. Stephen and his wife Tabitha would entertain me with true horror stories from their time doing press for books and movies. They do indeed know where some of the bodies are buried. I found out Kevin Spacey was a gay rapist before the rest of the world, and they also let me in on the Harvey Weinstein stuff. Not a nice guy, but you can’t deny the work he produced. I mean, The Artist… what a picture. Some movies disappear. Others last a lifetime.

But more than gossip, I remember the Kings’ practical tips for avoiding, combatting, and surviving encounters with the supernatural. Here are their four priorities when dealing with ghosts.

—Don’t be horny. Ever. This is the most important one. For some reason, ghosts are very hung up on intercourse. Maybe because they can’t have it, maybe because it reminds them of life. So, so selfish of them. It’s honestly like… just hide. Boo, go away. Don’t watch people fuck! It’s that simple! Except it isn’t, the Kings told me. Ghosts are ghosts because they didn’t die a nice death. No one who went gentle into that good night haunts. Think about it. They’re enjoying their eternal reward with Prince and Bono. I interjected and reminded them that Bono was not and still isn’t dead. Right… anyway, ghosts are only here because they have to be, and besides their intimates, the only thing that drives them insane is sex. We’re not sure why—they don’t mind food, nor sleep, nor rest and relaxation. Perhaps it has something to do with their inherent inability to participate in any real way anymore. Freud, in his book on Moses, said… I don’t remember what else he said, I zoned out, you get the gist of rule 1.

—Don’t stay anywhere near the woods. This one is apparently “super obvious” to humans but trust me, as a bird, I never would’ve known. I live in the woods. I don’t see ghosts. This is a human thing, I’m convinced. Uncle Slippy doesn’t count, he’s still with us, you don’t understand our metaphysics. Anyway, Stephen and Tabitha told me not to go into the woods. Thanks guys. I’ve been here for centuries and have never had any problems. Next.

—Don’t do drugs in the presence of ghosts. This one is bullshit. I smoke with my Uncle Slippy all the time. I didn’t tell Stephen that, but I pushed him, reminding him that he wrote nearly a dozen novels high out of his mind on cocaine, booze, and pills. He got very quiet and then said, “…I don’t like to talk about that time.” I got a freeze out then, my first before the last. King is really a bastard in person, just FYI. I did work for him, you know.

—Don’t use Stephen King novels as guides on how to avoid or survive ghosts. What? This one made me think he was a ghost. “You know I write these things to be fun, I make my monsters fun, but demons in real life are terrifying and, unfortunately, often boring.” Once again, what? I had no idea what this man was talking about, but I just kept collecting that check, and skimming what cash I could from his drawer and the bedrooms of his entire family. I stole from them, sure, but I never hurt them, ever. I didn’t even bother them. Who’s going to miss a Super Nintendo? Not a bestselling author. I got a hundred bucks for that thing on the side of the highway. Worth it if you ask me.

I know I’m being vague but it’s only because as I’ve been writing I’ve realized that Stephen King is going to haunt the fuck out of me when he dies. He’s blocked me on Twitter, called my wife a cunt on main, and even lobbied Barack Obama’s administration to keep me in Guantanamo Bay in 2016. He’s a horrible, horrible man—and I know he’s never going to leave me alone when he’s dead. Too much unfinished business, too many bad memories, too many betrayals and injuries in the 1980s. We knew each other then, too, but we were both, as then as now, in utterly different worlds. The places of our lives have changed, but we know we haven’t.