Costumes of the Moment 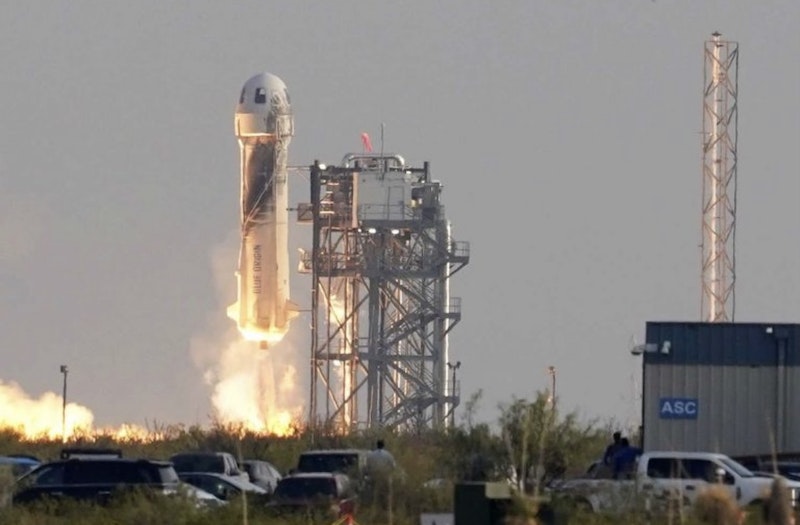 In the first week of one of my creative writing workshops, the teacher asked us to bring in an example of our current reading, a few pages from a novel, play, or story that showed what we were interested in at the moment. Unfortunately, I took the assignment seriously. Two meetings later, I handed out a 15-page excerpt from Henry James’ The Golden Bowl, not realizing that I’d passed up an important opportunity to establish my coolness. In that group of self-conscious terrified grad students, many of whom already had business cards with Writer under their names, bringing in Henry James was like bringing a 90-year-old date to prom.

I was ridiculed. Most of the students flatly refused to read it. And the teacher found it amusing. Later in the semester, I met him in a nearby coffee shop and we talked about the student reactions to what I’d brought in. I said I didn’t understand why most people in my writing program let the publishing industry drive their aesthetic preferences. Weren’t there things to be learned from classic literature? Shouldn’t our reading be about creative inclination and exploration and not primarily about trendiness and saleability?

I brought up the Victorian novel and asked why people weren’t writing in that form and mode. What about Richardson’s epistolary novel, Clarissa? What about travelogues, anatomies, the early Bildungsroman, the creeping despair of naturalism? Wouldn’t it be more interesting to see writers experimenting with these earlier things than with the usual highly curated offerings focused on constipated wealth, petty suburbia, and the adventures of attractive bisexual people working in art galleries?

When he stopped laughing and could breathe again, he said one of the most valuable things I’ve ever heard from a writing instructor: “Old ideas and forms don’t die. They just change and acquire new surfaces. You can try to write the Victorian novel. But what you can’t do is disregard all the writing, all the history, that has transpired since then—because you’re a product of that history. You’re not a Victorian.”

I walked away feeling like the zen master had whacked me on the head and now I understood the koan. The point wasn’t that the other students were selling out to a risk-averse publishing industry which thought of books primarily as units. The point wasn’t that I was implicitly trying to reject such commercialism by digging into the no-longer-edgy and therefore unsalable fiction of the past. It was that none of us were reading intelligently enough. Old ideas don’t die. They merely wear the costumes of the moment. Once you notice that, you keep noticing it.

It was in my thoughts when I read Rich Lowry’s column in Politico, “The Case for More Billionaires in Space” and “Branson vs Bezos: in praise of the billionaire space race” by Matthew Lynn in The Spectator, both arguing that the recent suborbital antics of billionaires actually point to “a new model of space exploration that holds enormous promise for the United States” (Lowry) and that if we expand humanity to the stars “we will need big egos, and great entrepreneurs to get us there” (Lynn).

Unfortunately, the justifications provided in these arguments—that Elon Musk is making satellites more cheaply than NASA, that rugged individualism and the ethos of Star Trek is what we need now more than ever, and that great entrepreneurs are great visionaries—inevitably come down to bad Adam Smith mixed with superficial Thomas Carlyle. As Ecclesiastes puts it, “The thing that hath been, it is that which shall be; and that which is done is that which shall be done: and there is no new thing under the sun.” Who knew Ecclesiastes could be as applicable to the lionization of grandstanding billionaires as it is to fiction writing?

Americans may suspect that Tony Stark and Bruce Wayne don’t actually exist. We have to invent them if we want to feel better. If that also means resurrecting dead ideas to justify their behavior, so be it. “Dead ideas,” in this sense, should be understood as concepts that were born, lived for a time, then necessarily passed away, ideas whose reanimation in the present would seem disingenuous at best. But everything old will be new again. It’s inevitable.

Examples, in this case, would be the erroneous assumption that free markets can impersonally and adequately address the needs of a society and that the sudden resurgence of “great men” will facilitate this. No matter that the proponents of these ideas were historically in opposition. Carlyle, favoring big government and centralized power, disliked the classical liberalism of Adam Smith. But concepts are easily, if superficially, linked when they’re resurrected outside their historical contexts.

Smith Lite: government bureaucracy can’t get space exploration-colonization-imperialism done in a cost-effective manner. So let the invisible hand point the way. Cliff’s Notes Carlyle: in the meantime, let powerful men pursue their grand strategies—because only they can save us: Bezos, Branson, Musk, and perhaps by extension Donald Trump, the evil avatar of late-stage American capitalism. Who else are we going to celebrate in this dark age? Herr Fauci? He’s not an alpha-achiever meant to satisfy our need for superheroes. We need someone in more colorful tights.

Musk came to mind when he insisted in court that he tried “very hard not to be CEO of Tesla, but I have to or frankly Tesla is going to die.” I thought of him again when I noticed Carol Leonnig’s and Philip Rucker’s I Alone Can Fix It: Donald J. Trump’s Catastrophic Final Year—a dead horse beaten one last time, yet currently the number two book on Amazon’s nonfiction chart—titled after Trump’s immortal words at the 2016 Republican National Convention: “Nobody knows the system better than me, which is why I alone can fix it.” I alone. Does this attitude sound familiar? Maybe we haven’t read enough to recognize such toxic ideas making the rounds again.

The editors of Foreign Policy must feel they had a moment of prescience in 2017 when they published David Bell’s “Donald Trump Is Making the Great Man Theory of History Great Again”; though, it may be difficult to draw a direct line from Bell’s writing to the Capitol Riot of 2021, among other stomach-turning events in the “catastrophic final year.” Still, Bell’s conclusion lingers: “If impersonal forces lead to Trump’s personal rise, it’s now all too easy to imagine his troubled personality leading to his country’s collective fall.” We’ve again started to convince ourselves that unusual people with an affinity for the limelight and lots of money can change the world.

Have we learned nothing from history, even from recent catastrophes? Do we veer too close to Godwin’s Law by drawing comparisons between the supposed “great men” of our time and other horrific recent “historical influencers,” some of whom Carlyle might’ve wholeheartedly approved? In Hermann Rauschning’s Gespräche mit Hitler (aka Voice of Destruction), Adolf is supposed to have written, “Providence has ordained that I should be the greatest liberator of humanity… The dogma of vicarious suffering and death through a divine savior gives place to that of the representative living and acting of the new Leader-legislator, which liberates the mass of the faithful from the burden of free will.”

Maybe it’s too easy (and ironically too much in the style of Lowry and Lynn above) to cherry-pick and decontextualize the writing of a tyrant like Hitler, representing him as the culmination of our current billionaire hubris. Social media has already drawn such comparisons. It has excoriated Bezos and, to a lesser extent, Branson for, as Lowry puts it, “being wasteful, for ignoring problems here on Earth, for engaging in a grotesque spectacle to boost their own egos, among other alleged offenses.” We know social media trends, especially on Twitter, seem idiotic. But is it possible, even likely, that a middle-aged billionaire 66.5 miles up in a phallus-shaped rocket, looking down at the earth, might feel that only he had the power to reach that height, that perhaps providence had ordained it, and that his next decisions should reflect this new elevation?

This has happened before: from economic arguments about progress, to replacement messiahs, to the liberation from the burden of making our own choices. With this in mind, we may not feel ready to bow down before our supposed great men in order to take to the stars. As Thomas Moynihan points out in “Why are billionaires obsessed with going to space?”, “Unlike [H.G.] Wells’s generation, scientists now know there are no advanced civilisations on Mars. The possibility that we are the only civilization in the Milky Way—and even the entire observable universe—has been firmly established. Space exploration is not a ‘new colonialism,’ in the common understanding of the term, because at least within our solar system, anywhere we settle will be devoid of complex life.”

A classical Wellsian sci-fi novel is nevertheless being written by Jeff Bezos and his contemporaries. They’ve done what my writing teacher warned me not to: they’ve disregarded all that came after in their feverish obsession with what could come next. We may justify their self-indulgent publicity stunts as progress, as evidence of their visionary greatness, but from the ground it seems more like myopia, hero-worship, delusion, and lack of perspective.