Thomas Dongan's legacy is remembered in this neighborhood, along with three streets on the island named for him. 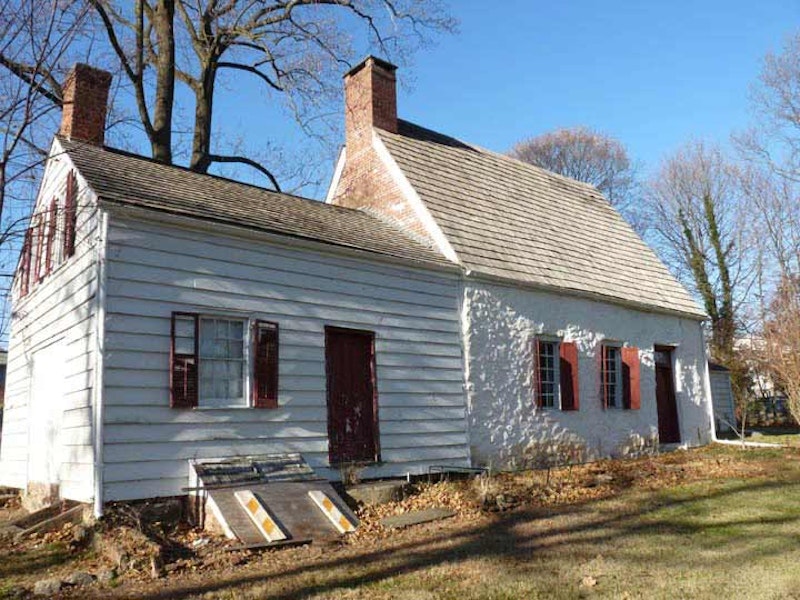 Dongan Hills is the neighborhood just north of Grant City in southeast Staten Island. Irish Catholic Thomas Dongan (1634-1715) was appointed governor of New York by the Duke of York in 1682 and remained at that post until 1689. His tenure was marked by religious toleration, rare in that era; as a boy, his family moved to France when Oliver Cromwell’s forces overthrew and executed Charles I in 1649, and perhaps Dongan was sensitive to the persecution of faiths other than the Church of England. Dongan convened the first representative assembly in New York history. He became 2nd Earl of Limerick in 1698. As part of his appointment he was granted 5100 acres in what is now Dongan Hills, which he later expanded to 25,000 acres. His legacy is remembered here, along with three streets on the island named for him.

I visited the Billiou-Stillwell-Perine House, at 1476 Richmond Rd. and Cromwell Ave., one of the oldest buildings in Staten Island and in the city. The house predates Thomas Dongan’s gubernatorial era. In a borough that preserves more 17th-century dwellings than any other, this is its oldest: it’s the third oldest building in New York State. Like many colonial homes, it features a very small central section added to in subsequent years. Pierre Billiou (1625-1708), a French Huguenot judicial officer and delegate to the New York general assembly, built a simple stone structure here in 1662 when the region was known as Oude Dorp (“Old Town”). Billiou’s daughter married Thomas Stillwell, and the Stillwells occupied the dwelling till 1764, gradually adding to the structure; members of the Perine family then lived here until 1919. It’s currently maintained by the Staten Island Historical Society. The oldest section of the building, the center fieldstone part, is seen by strolling around to the back. 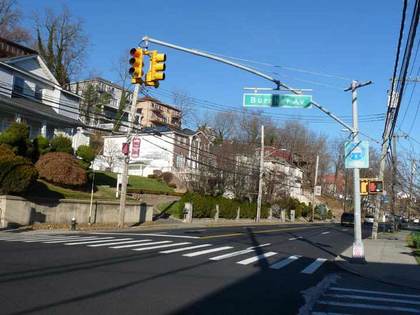 Richmond Rd. itself is a historic route. It dates to the early-1700s in the colonial era, running from Clifton to Richmondtown, and may have been part of a Native-American trail in the pre-colonial era. It skirts the high scarps of mid-Staten Island on their southern flank: Grymes, Emerson and Todt Hills. In New Dorp and Richmondtown, it gives rise to Amboy and Arthur Kill Rds., both of which run to Tottenville, and Richmond Hill Rd., which climbs the hills of LaTourette Park on its way to New Springville and the Staten Island Mall.

Some of the buildings on the left side of the photo are on Overlook Ave., on one of the foothills of the much-higher Emerson Hill. 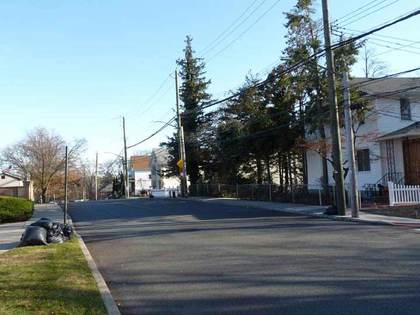 Old Town Rd. runs east-west through the Staten Island neighborhood of the same name. It was originally, in Dutch, “oude dorp;” contrasted to New Dorp a couple of miles to its south. In the 1660s it was settled as part of the first European formal living situation on Staten Island by Dutchmen and French Huguenots and Walloons that included Pierre Billiou, whose house still stands on Richmond Rd. (see above). To this day Staten Island street names have a Belgian and French flavor, such as Brabant St. (Mariners Harbor) and Huguenot Ave. (in Huguenot on the south shore). The Huguenots were French Protestants, Walloons Belgian Protestants; the two countries remain majority Roman Catholic. 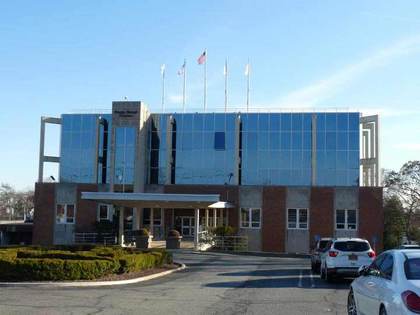 Only one NYC borough has its own borough-wide newspaper. The Staten Island Advance, whose headquarters on West Fingerboard Rd. is seen here, has published since 1886, before Staten Island was part of NYC, and competed with eight other dailies at the time. It was run by the Newhouse family for many decades. In 1960, it moved to its current headquarters on West Fingerboard Rd., giving it access to the Staten Island Railway which aided in deliveries. The paper still has a freight track siding. An easy way to tell a Staten Islander is the pronunciation of “Advance”: the emphasis is on the first syllable.

“Fingerboard Road”’s derivation isn’t totally clear, but rumor has it that in the early-1800s, a finger-shaped sign, mounted as part of a wooden board, pointed the way to the Richmond County courthouse, which was then located in Richmondtown in a building that still stands. 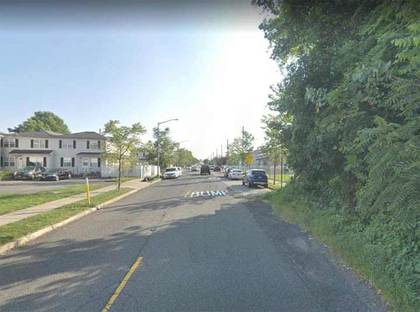 Mosel Ave., seen here at the edge of Eibs Pond Park, is an express route from Grasmere to Park Hill, running from about Clove Rd. and then under the Staten Island Expressway to Osgood Avenue. It skirts the east end of neighborhood Concord.

Glancing at the street signs in Concord will reveal the names of German rivers and other Germanic names: Steuben, Oder, Neckar, Rhine, Mosel, Elbe and more; Concord had a predominantly German population after its 19th-century founding. Emerson Hill is nearby: Judge William Emerson, brother of Ralph Waldo, lived on it, and R.W. and mutual friend Henry David Thoreau frequented the region.

I couldn’t enter Eibs Pond Park from here as there’s no entrance on Mosel Ave. The pond and park were named for a German-American family who owned land in the area during the 1800s. They used the pond as a watering hole for their horses and dairy cows. Descendants of the Eibs family continued to live on this site until 1971. 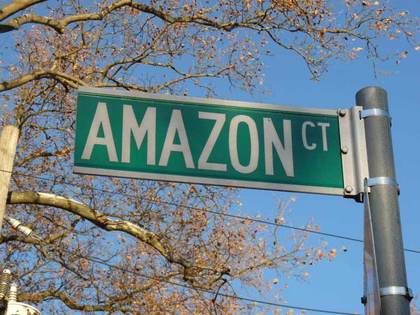 Finishing my walk in Clifton, I was surprised to find that Staten Island has an Amazon Court, on Greenfield Ave. near Bay St. It has nothing to do with the product delivery/entertainment behemoth, which has a sorting facility in Bloomfield on the other side of the island, but famously decided against bringing an office facility to Hunters Point, Queens in 2019.