Long Night of the Spur Claws

The Quibbits family experiences a break-in, and absent supportive police, must deal with the intruder themselves. 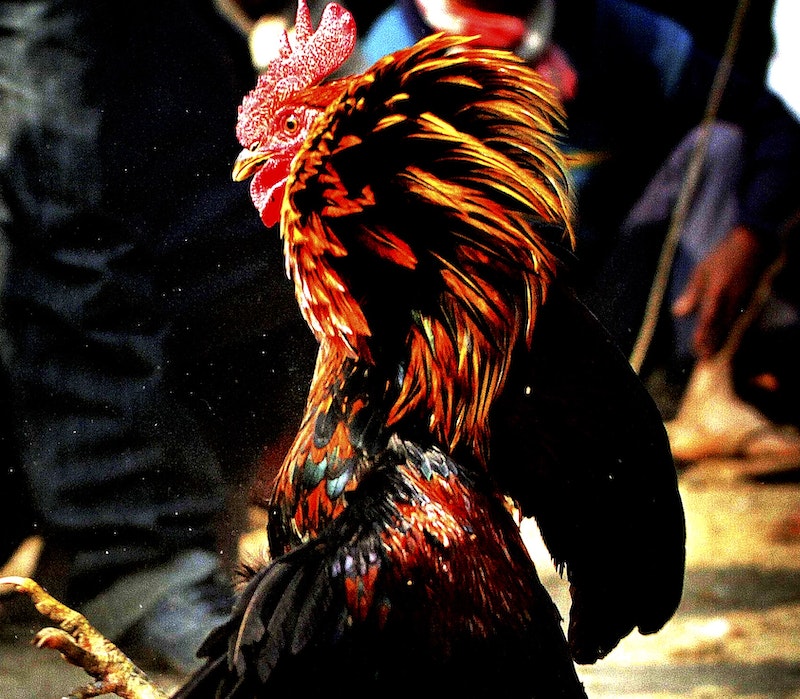 Tuesday night was an ordeal. I was born on a Tuesday, but besides that, nothing ever good happens to me on a Tuesday. It’s always something nasty. One time I chipped my claw and almost got stuck in an escalator trying to escape the circus in Las Vegas—on a Tuesday. Another time, I went danger-hiking in downtown Los Angeles and even skated by the outskirts of Chinatown before someone tried to scoop me up into a basket so they could skin, fry, and display me in a window—on a Tuesday. I think the last time I had food poisoning was on a Tuesday. Don’t eat shark fin soup in August, especially not from a restaurant owned by dolphins. They may be smart, but they don’t know how to cook. Like, at all. It’s astonishing. You’d think they’d read a cookbook every once a while. Nope. Always on that intellectual shit. Miss me on that. Miss me—on a Tuesday.

This past Tuesday night we were visited by an intruder, a property invader who had no right to place her feet upon our soil. I own this land, and while there may not be much of it, it’s mine, and I take offense to glad-handers and bleeding heart liberals who invite the homeless and mentally ill to live with them, inviting them into their own homes. I’m against anti-homeless architecture, as I understand you maniacs have built benches that you can’t sleep on (retarded), in addition to getting rid of all the public bathrooms and welfare amenities that come with a functioning first world democratic capitalist state. I guess I was wrong to assume that the genome of my people would be enough to pay for a glorious life for all human beings. Some of you are just too greedy.

I woke up in a flash, startled by the gnarled screaming of a human woman on drugs, possibly cocaine laced with fentanyl. I went outside with my six-shooter and emptied the chamber into whatever was making those horrible noises. I couldn’t see very well, or at all I guess, because I missed completely. The creature—at this point I thought maybe it was the Mothman, or a chupacabra, or the time-traveling bunny from Donnie Darko—mewled and hissed, still emitting only noises and gibberish. I started speaking the kind of English you give to service workers and Persian salesman: “I AM NOT HERE TO HURT YOU. WHAT DO YOU WANT? MY FAMILY LIVES HERE. I MUST PROTECT THEM. COMO ESTADAS BIEN?” There was quiet, then more quiet, and then a rush as the human woman attacked me, and got me off my claws and into the grass.

As she tackled me, she began pulling at my wings and biting my feathers, doing her best to kill me so she could eat me. Figures I’d get eaten alive by a crazed drug addict—on a Tuesday. I summon all of the energy I can and spur claw the shit out of her torso and groin, eventually getting my pin claw in place to sever her clitoris. I’m against female genital mutilation in all scenarios except for self-defense, so… anyway… I got her off of me and spur-clawed her some more in the neck and made it look messy. Bird-eaters die slow in my neighborhood, and on my property? The soil will drink your blood. Don’t step.

The police came over and took care of everything before the human authorities could do anything about it. Like rape victims, they never trust animals, so it’s always good to trust your local avian police force with inter-species matters like this, especially when murder’s involved. “Things have changed,” Captain Terwilligers told me as he finished up my paperwork, “and the people have changed, too. They’re getting crazier and crazier every year. I’m so sorry this happened to you.” And with that he was off, free to help another victim of senseless human indulgence. Monica and Bennington never even woke up, ignorant that their patriarch kept them safe from the outside world once again—on a Tuesday.