It'd be quiet this time of day. 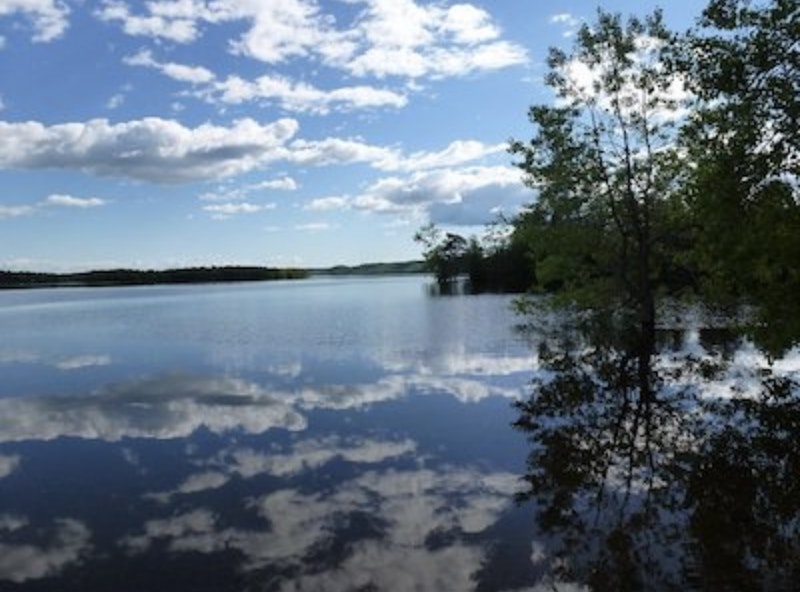 Trixie (Marsha) thumbed her way in a generally easterly direction. The interstate highway system became a home of sorts, a way of life, a living. Sometimes it was just a ride, sometimes she turned tricks: 20 a toss, 100 for the night, no rough stuff. What the hell, what the heck. Flotsam is as jetsam does. We're all Jetsons on this saucer. Vodka helped.

After dinner at the boarding house, over coffee and a cleared table, Dash said to Bill, "I'm moving on, packing my bags and just leaving, head for the woods north of here, not too far. If anything, you know, if anything should develop, you, or the police, will be able to reach me, and I can be here in a flash. What say I turn the shop over to you?"

"Wha'? Are ya nuts! I know you've been through one helluva rough patch, but, but..."

"Listen. I've thought about this. A lot. Believe me, this decision didn't come easy. But I have a business proposition that I think you might like. How would you like to buy the entirety of Bryant's Used Book Shoppe for the sum of $100, then a payment of $100 per annum?"

A day later, they drew up the paperwork, and Bill was now a bookstore owner—and the owner of Novak. Bill wasn't the most well-read fella in the world, but he'd hire a student from the university, an English lit major, to help handle the customers.

Before hitting the road in his VW, Dash stopped by to say his good-bye to the black feline who responded, "Raa!"

One afternoon, Dash wandered into a pawn shop. A five-string banjo caught his eye, and he bought it. He learned to play it, basic chords and simple fingerpicking patterns at first, but he had an aptitude for it and quickly became proficient. There was a sense of accomplishment as he improved. Would it cure the gnawing pain of that day and every day since? No. The lines in his face were pronouncedly deeper now. But practicing the banjo was something, food for the soul. Still, nothing would ever be the same again. He knew how the Lindberghs felt after the kidnapping.

He learned some John Hartford tunes and songs popularized by Flatt & Scruggs. He eschewed the use of picks of any sort, preferring the feel of his fingers against the strings.

For the first week, Dash meandered about, bought a small Streamline trailer, then settled in Hinkley, NY. The Streamline was home, it offered all he required: shelter from storm, easy to keep warm in winter. And in the summer, Hinkley Lake bestowed a steady cool breeze that cross-ventilated. He found a field at the end of a dirt road to park it. Dash had no idea who had a deed to the property, but the one NO TRESPASSING sign was so corroded that he figured no one was paying any mind.

Bone weary, Trixie-Marsha came to rest in a small city. Fat with illicit lucre, she rented a room at The Sheridan, a tony hotel in the town's center. After settling in she went for a stroll, traipsing from the business district to the university area to more obscure neighborhoods. Late in the afternoon she happened on a bookstore, Bryant's Used Book Shoppe. She decided to go in and poke around. It'd be good to have something to read this eventide; she wasn't in the mood for TV. The bells over the door rang as she entered, alerting Bill Jones (Lane Kimble). He looked over and locked eyes with Trixie. They both froze, didn't know what to say. But both realized, suddenly, how lost they'd been without the other. So what if he was obsessed with his car? So what if she was a nag about his car?

After he found his bearings, Lane managed to say, "It's been a long time. What... what say we grab a bite to eat? And a drink? I think we can both use one."

Trixie nodded avidly. The sound of his voice misted her eyes.

"Yes. I know." She slipped her arm into his and he led them to Gino's. It'd be quiet this time of day.

By candlelight, Dash wrote a poem:

Twang of Telecaster and

By the light of the moon?

Won't you come out tonight

And dance by the light of the moon,

By the light of the silvery moon?

And dance by the light of the silvery

Moon, by the light

Of the silvery blue moon?

By the light of the moon.

One morning the following spring, Dash went for a long hike, followed his nose from deer path to country lane. After crossing a footbridge over a stream, he came to a house on the edge of a forest. On the porch stood a woman, 30-ish, barefoot and ash-blonde, in a faded summer dress. She was thin, but rounded enough. Elbow in palm, her free hand held a cigarette, a Kent he'd soon learn. She inhaled, then exhaled out her nose. She said, "You ain't no banker, are ya?"

"Di'n't think so, boy. You look like you could use a cup of coffee."

"Well, I suppose I could." He noticed that her car, an aging Dart parked in the gravel drive, was missing a hubcap.

They sat around an oak kitchen table, drank coffee, and awkwardly began to converse. Dash felt an intense sense of déjà vu, even if it was a bit askew, like a boy's clip-on bow-tie after horsing around after church. Becky gave Dash a tour of the downstairs. In the sewing parlor a five-string banjo leaned in a corner. He went over to it and asked, before picking it up, "Do you mind?"

He proceeded to pluck, pleasantly surprised to find it in tune. She'd played it recently, he surmised. A good omen. He ran through the theme from The Beverly Hillbillies, his show piece.

He stayed for dinner, leaving after dark. A new chapter, he mused on the way home. Maybe a new book entirely. He liked this gal, Becky. He had a feeling that, in short order, he'd be moving the Streamline onto her land.