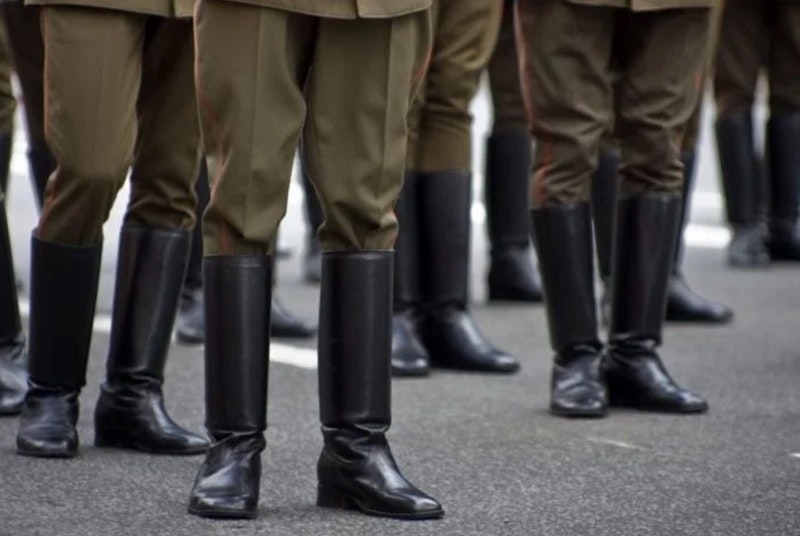 There’s no denying the power of love, although it seems hate reigns supreme. There’s no shortage of angry, entitled assholes. A deep-rooted hatred of those who don’t fit their Christian standard of conformity. Things like immigrants, illegal or not, hatred of minorities, intellectuals, gays, feminists, poor, disabled, transgender, and too many other hot-button prejudices.

Hate lives freely, thriving alongside “normal” people who believe their ill-perceived Caucasian superiority gives them a god-given right to proliferate hate. Minorities? Human rights? Fair play? These are hollow headings, sick jokes for those who preach prejudice under the guise of their loving religion. The Bible of hate, a field guide reference book for despicable cruelty and sadistic acts, untold atrocities upon others who don’t meet the criteria of their Christian privileged class.

They clog the daily news. Their racist pride belays arrogance and intolerance in the name of patriotism. Do unto others, love thy enemy, pity the less fortunate. Mercy on the poor. The empty virtues of hypocrisy. Nobody hates better than us. Where is love? Heaven forbid we have an informed population that actually cares about each other. In today’s do unto others before they do unto you society, is it any wonder why things are so screwed up? It doesn’t take a genius to see the dark forces at play here in the land of the free, with strange bedfellows in the hotbeds of intolerance around the globe. It’s a virus of contempt. It’s nothing new. A century ago President Woodrow Wilson laid an indirect blueprint for future fascist ideologies. Wilson built a cornerstone of hate by denouncing reconstruction era policies and implementing segregation and exclusion long before fascism raised its ugly moniker.

Wilson extolled the virtues of DW Griffith’s racist movie epic Birth of a Nation In 1915, at a special White House screening. Wilson remarked, "It's like writing history with lightning. My only regret is that it is all so terribly true." In today’s funhouse mirror, it resembles similar distinction to Donald Trump. With any luck, he’ll be indicted, along with the rest of his sycophants.

The poorest of the poor get suckered every time. The power and glory of golden, gaudy doo-dads. Where rigged elections are bought and sold atop the auction block backs of Americans to the highest bidder. They believe the lies and defend those who tell them exactly what they want to hear. The cult of celebrity has endless variations on the who’s who of what the next big scandal distracts the living from life. I’m not claiming dibs on the truth market. I’m won’t tell anyone what’s real or fake. I take it for granted that most people are of sound mind with the ability and common sense to know the difference between love, hate, right and wrong. I’ve lost lifelong friends and relatives to this phenomenon of amnesia. To discern kernels of truth from downright malarkey. There will always be bullshitters and those who follow them. The fact remains that when we had our first black president in the United States, a lot of white people were pissed off. They’re still pissed. Their anger is obvious and transparent. They horde entitlement. They flagrantly exposing themselves for the bigots they are.