Forget Respect. 2021 is a golden year for soul albums by younger black women. 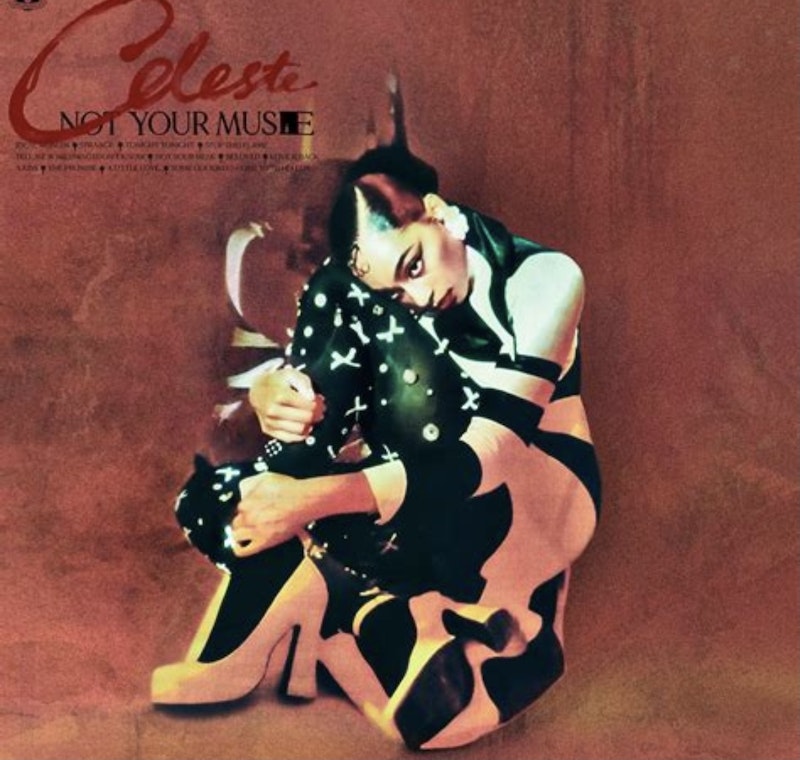 You don't want to take me with you next time you go see a music bio-pic. As a fan of the genre I didn't make it past Jamie Foxx's Ray Charles and Joaquin Phoenix's Johnny Cash, who seemed to be working from the very same screenplay. Memories from 2005 are unreliable, but it's possible that I spent hours at the multiplex, visibly writhing and making extremely nasty cracks, which doesn't necessarily make for a good date. It might’ve taken me weeks to stop afterwards: I felt that those movies corrupted my memory of great artists. So when Jane Irish suggested that we go see Respect, I engaged in civil disobedience. No this won't be good for us, honey. Go ahead, and enjoy!

Back in '05, I kept picturing some kid whose first introduction to Johnny Cash was through the performances of Joaquin Phoenix, and contemplated lobbying Congress for a ban. Free expression has limits, after all. You can't yell "fire" in a crowded theater and you ought not to murder great artists there either. Now, it's better to be introduced to Aretha Franklin through the performances of Jennifer Hudson, I imagine, maybe a lot better. Still, it's not defensible, because those Aretha recordings still sound electrifying. Yes?

My own tribute to Aretha takes the form of a celebration of current female soul singers rather than enthusing about or even tolerating a two-dimensional, animatronic Queen of Soul. The records that I've been bingeing out on lately are by women who are swaying beautifully into various primes, who are pointedly alive as voices and writers, notably in command of the whole musical terrain they inhabit. Soul music is never not in revival (a revival is different than a simulation), but this is a particularly good one.

One feature of the four albums and artists discussed below is how deftly they mine the history. You can hear the self-conscious echoes of all sorts of artists, regional styles, and moments in the long, varied story of black pop: these records will take you quickly from Memphis to Miami to Philly to Detroit to LA, and also to Kingston, London, Barbados, Birmingham, Toronto, Accra; the mood here is mixed race andmixed region: diasporic soul.

Aretha, Diana Ross, Anita Baker, Sade, Jill Scott, Erykah Badu: they're hovering in the background as fully comprehended sources. But none of these records are stilted tributes or amazing simulations: they sound just like now, despite the overall lack of synthetic vocal effects. That's one thing that distinguishes the "soul" niche from "contemporary r&b": the former is sung by humans, the latter by software.

In order of release:

Celeste, Not Your Muse (January 29): This one went to #1 in the UK and "Stop This Flame" showed up on Peloton ads, but lord what a great album, maybe my favorite of the year. Celeste can give you a lovely, delicate jazz pop as "Ideal Woman," but also has straight rocker and soul queen modes, always threatening to fly with perfect tunefulness into a very high register. She shows both or all on some real killers, like Love is Back. She can be gentle, intimate and powerful simultaneously. Celeste doesn't sound much like Aretha, but they have that in common. Like all of these artists Celeste's lyrics are directly autobiographical and sharply political, as on the title cut: "I'll let you know when I need you to liberate me." Or: "I may not be your ideal woman, the heaven in your head, the one that's gonna save you from all your discontent."

There are deft touches of hip-hop and reggae as well as jazz and soul on most every cut, and one thing that's characteristic of these artists and their music is that it’s beautifully produced and cosmopolitan: Celeste's background is Jamaican-American-British more or less. Well, maybe the best soul singer of the last generation was England's Adele. But anyway, what a great soul singer Celeste is.

Jorja Smith, Be Right Here (May 14): Jorja's rolling beatnik coolout of the West Midlands, no doubt affected by her semi-countrywoman Sade (Ghana/UK) but also maybe the Digable Planets and artsy women of hip-hop like Bahamadia. But also there's a touch of the Lana Del Rey reicitatif, a bit of Billie Holiday pain underneath a beautiful surface, plus a bunch of world music. It's all folded into the all-time badass cut Bussdown (feat. Shaybo) (rolling YouTube right now at 4.5 million views). She's been selling records for a few years (acollaboration with Burna Boy will get you some attention), but the sound reaches maturity on the eight-cut Be Right Here. Its consistent, low-key groove smooths the surface over some absorbing beats (the drum track on "Digging," for example) and in the lyrics.

Don't work hard just to spend it
Keep your money, it's not only for the weekend
You keep me waiting for a minute, I can take that
I was young enough to think that you would come back

This is characteristic in that it seems straightforward but blooms as a metaphor. Also, when was the last time you heard a sexy pop singer telling you to invest wisely?

Leela James, See Me (July 30): Leela James, unlike the others, is an American veteran (this is her seventh album), with some singles on the r&b charts over the years. There’s an odd lack of biographical details on the web, so I can't say just from where in the diaspora she coalesced and emerged. She displays more direct connection to the great female singers of soul than her younger contemporaries: Aretha, certainly, but also Gladys Knight, Betty Wright, and Ann Peebles. She growls more than Jorja or Celeste; she's churchier, though her great soul voice can also go silken.

See Me also pays tribute over the course of 11 songs to the sound of the early-1980s, as on "You're the One," calling to mind Mtume's "Juicy Fruit" or the work of Chaka Khan, Earth Wind and Fire, or even Kool and the Gang from that period. But again the eclecticism and list of influences shouldn't obscure the fact that this a fully mature artist and a fully coherent album.

Fine items like Tryin' To Get By emerge from the whole history of r&b: deep and absorbing songs, rooted and free. See Memust’ve been conceived as a suite, because James hits many moods and tempos; the sound is refreshed every four minutes, and the listener too. According to Aristotle, soul is the principle of life, what makes the difference between a human being and a corpse. Leela James has mastered the whole history of soul, but this isn’t a tribute, not a bio-pic. It's living, embodied music.

Yola, Standing for Myself (July 30): British singer Yola's road trip has taken her into various nooks over the last few years. Her Walk Through Fire, a produced by Dan Auerbach, made my country top ten for 2019. It was an eclectic roots album, with Yola on the cover, posed like Odetta with an acoustic guitar. Ride Out in the Country was a sweet little heartbreak countrysong, with the world's nastiest twist in the video. She might still be best known for her turn on the "black" verse of the Highwomen's song "Highwomen." Looking back on it, it feels a bit tokenistic. Yola's said that making her new album, Standing for Myself she felt for the first time she was fully in control of her self-presentation.

The basic reference point is 1970s Philly soul: big, though ultimately kind of gentle, production, with a bank of strings deep in the mix and an ineffable shimmer, a la the Stylistics, Loleatta Hollaway, or maybe Shalamar. "Dancing Away in Tears," for example, nails that groove perfectly. Maybe some of the Auerbach's big productions for her were her idea, because I found them a bit puzzling on Walk Through Fire. But here the production style is consistent, though Yola finds her way into somewhat more stripped-down bluesier territory as well. She could sing the piss out of anything.

And she springs some lyric surprises, as on "Diamond-Studded Shoes," which is arranged like an anthem of hope but is an anthem, rather, of righteous anger:

You and I are trying

But we don't get to decide.

When the man comes for our paycheck

Dontcha tell me it'll be alright.

It ain't gonna turn out right.

That's why we gots to fight.

There have been a bunch of other excellent soul albums by younger black women this year, such as the mellow Sistas by Xiamora (Barbados/Berkeley) and Gizelle Smith's disco/funk workout Revealing. And I'm looking forward to the new Adia Victoria album, among others. All of these have sharp writingand great singing, framing political and personal expression that speaks directly to this moment. Maybe the best tribute we can pay to Aretha Franklin is not to consume an amazing simulation, but to keep our ears peeled for where it went from there, and where it's heading next.