A Constant Dread of the Unknown

My mom sweated about the small stuff. 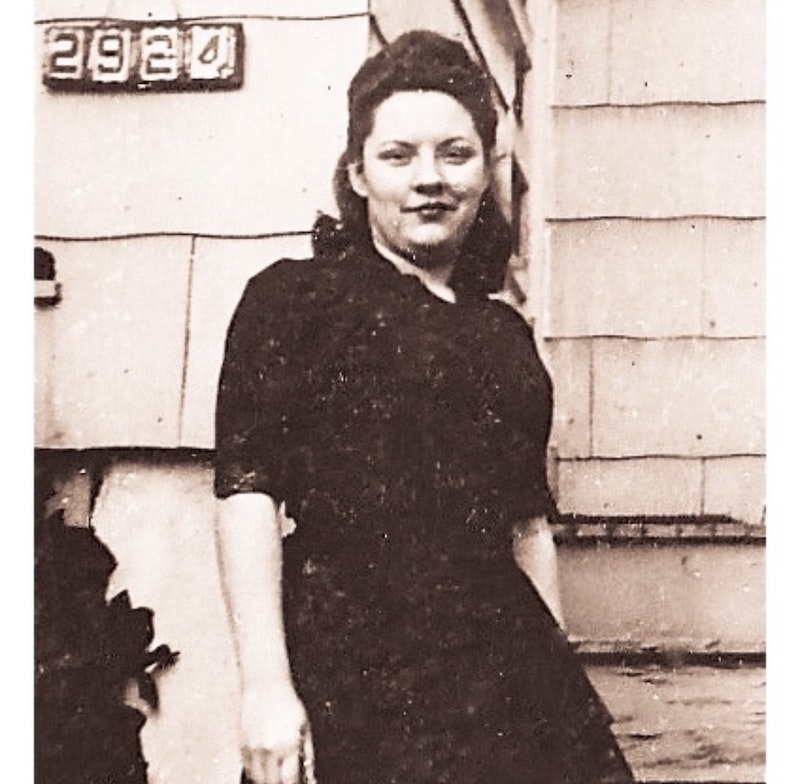 I call it fretting, not so much wringing my hands rocking back and forth, biting my fingernails, or pulling out my hair. It's more a constant dread of the unknown. I'm sure I inherited it from my mother, who was an Olympic worrywart. Not that she didn't try to enjoy her life, only to sabotage her joy with a form of existential angst. She was skittish, sweating the small stuff. So, our safety and well-being took top priority over happiness. Mom was a saint of high anxiety, and I got a healthy dose of it.

Many mornings, mom sat at our kitchen table with a cup of black coffee, chain-smoking Raleigh plain-end cigarettes. She worried about the what-ifs and calamitous dramas played out in terrible possibilities. Don't do this or that, be careful when you do and always look both ways before crossing any streets. It could happen if you're not watching for all those ifs, buts, or maybes.

So much of it was sound advice. Although mom took it to absurd extremes, lamenting what could’ve been, or could be, there was great concern about what might occur further on down the road. Is it inherent in DNA or our environments? Possibly a bit of both. It’s first taught in infancy what's up, down, or sideways. Then, learning how to cope with parental guidance. Finally, maneuvering through life's obstacles, getting educated, and choosing right from wrong.

Like me, mom was a victim of circumstance to allow my father's dominance, she kowtowed, and he lorded over his flock. It's that old country mentality. Don't do as I do, you do as I say. My mother was under his thumb. The old Sicilian stuff. My mom wasn’t allowed to drive, hold a job or have her own money. Yet, he provided the meager necessities of life. Anything else was considered a frivolous luxury we didn't need. The ways of the middle-class penny-pinching lifestyles were embarrassing, primarily as a kid wanting everything we couldn't afford. I don't fault her, but I was less than pleased with my old man for imposing petty tyranny on our dysfunctional family unit. Your mother should know, but father knows best.

Happiness is where you find it, and if you go off looking for it, you may trip over it. A palette of painted emotions to mix and blend. The pictures aren't always pretty. Often bright and vibrant, but sometimes dark and brooding. My mom had a deep-rooted spiritual bent, an avid reader of Edgar Cayce, the spiritualist and controversial psychic. She possessed a soulful propensity for miracles, hunches, and a mother's intuition to detect people's fraud and the gut instinct of subtle nuance. She claimed to have personal premonitions that occasionally foretold future events. She wasn’t in to fortune tellers but open to it. Things like the occult and alchemy were considered satanic and taboo by the Roman Catholic church.

Sicilians are of tribal gypsy stock, conquered over centuries, given to superstition, curses, vendettas, and the evil eye. Uninitiated folks don't mix their religion with magic. They believe that ominous apparitions like black cats, crow visitations, and ghostly phantoms don't sit well with Jesus. There are too many saints around anyway, with names like the sorrowful mother of the bleeding heart. There's a saint for every protection of small children, animals, sickness, good health, and one for every morbid, sad occasion too. They outweigh all manner of sinners.

Praying's the recommended practice to request anything that allegedly helps the sick or afflicted, sympathy for the departed, or begging forgiveness for all transgressions. To pray evokes faith, a belief system based on speculation, hope, and dreams. My mom believed in prayer even though it's a longshot remedy for whatever ills are ailing you. Tarot cards couldn't stand up to saying prayers. The pure of heart, good souls who believe the hogwash of some fancypants God and everlasting life in heaven or that other place somewhere below where the wicked always end up. Evil comes in many shapes and sizes. Angels are everywhere, and devils are around every corner. The guardians of fate and faith don't hold up very well in whatever the real world pretends to be.

No one can predict why we choose one direction instead of the other. Looking to the future, my mother aspired to become a fashion designer. She attended classes at The Maryland Institute of Art in her youth, studying courses to pursue what she dreamed of. Her photo above was likely taken around this time. She doesn't look too worried. Instead, WW2 got in the way of living out her desires.

Maybe she didn't get the support or encouragement necessary from her family or friends. Eventually, marriage and children effectively canceled any hopes of fulfilling a career in the fashion industry. The takeaway of events leading up to my life through hers is to never sacrifice dreams for love, money, or the promise of security. One more mystery to ponder and worry about. If she’d followed her own course, would I be here now?