Classical Music’s Institutions Are On the Ropes

But I’ve got a Reader’s Digest Beethoven box set in my outbuilding. 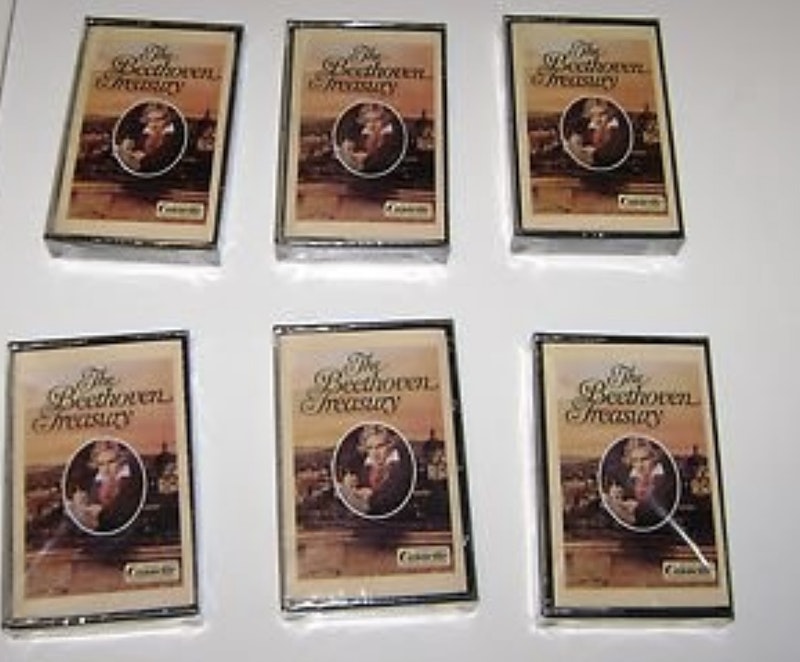 I’ve been watching the new religion pick away at the edges of classical music for decades. It was back during the administration of the first Bush that I started reading about the perfidy and unfairness of anonymous recitals, for instance. Now the emergent ruling-class ideology is coming after classical music for real, though. Harris, a devotee of Terpsichore, is not sure that that music’s institutions are going to survive in the form in which he’s known them these 60-odd years of my life. The string is giving out; the spirit is preparing to leave the body; the dismal logic has reached its conclusion.

To put things in perspective, though, classical music’s profile was artificially puffed up for the second half of the 20th century in America, so maybe a fall was inevitable. The early decades of my life overlapped with a classical music golden age in the United States, one that a Cold War-era Establishment self-consciously generated and subvented. This was the era of high-cultural “soft power” in an America the ruling geniuses of which had woken up hard to the fact that not only did Ivan possess a certain facility with rocket science, but he could also “play the fiddle like a motherfucker,” in the famous words of Dean Acheson.

And so during my Baby Boom childhood, our regime made Leonard Bernstein, Van Cliburn, Maria Callas, Vladimir Horowitz and others into mass-media figures, even as it built vulgar arts complexes like Lincoln Center and the Kennedy Center in the Modernist style that was fast becoming the favorite architectural idiom of the American corporation (George F. Babbitt, chairman of the board) and as its public schools inculcated in Midwestern urchins of the sort among whom I grew up a superficial familiarity with Beethoven’s 5th and “Night on Bald Mountain.”

Some happy effects derived from this big cultural push. All things being equal, it wasn’t a bad thing for the typical American household during the Nixon era to own the complete works of Ludwig van Beethoven in 67 vinyl discs packaged and distributed by the Reader’s Digest Corporation. But the veneer of culture was just that, a veneer, and the United States remained what it always was and always must be: a void, a nothing, a vacuum of anti-culture.

“B- b- but John,” stammered Brother Aiden to me one summer evening when, over deftly mixed Pimm’s Cups, we sat discussing intellectual matters on our back terrace, the women having driven the truck to Andersonville to pick up several thousand-weights of horse manure, “this is no mere suh- suh- ‘sell-off’ of the classical tradition, to put it in nuh- neoliberal terms. It’s not just the deflation of a ‘bubble’ we’re seeing here, something that we might make a ‘killing’ from if we ‘short’ it. What we’ve got here is the b- b- b- b- barbarians at the gate.”

(Aiden’s childhood stammer has returned, the result, he says, of an access of “Covid-time anxiety.”)

At the gate? Hardly. I laughed in Aiden’s sheep-like face, with its weak chin that his beard does nothing to hide and everything to accentuate. It’s more precise to say that the barbarians are already inside the gate, where they’ve dug a well, pegged the tents, set the horses to graze, and turned their attention to running the whole show. That being the case, I care nothing for these institutions, and will watch them expire with pleasure, especially since I remain smugly convinced that the music itself will remain accessible. I wouldn’t put it past our rulers to ban Mozart at some point, but I doubt such a move will be effective. The digital reproduction of such works will have spread too far by that point, and the genie will be hard to get back into the bottle.

Anyway, I actually may possess one of those Reader’s Digest Beethoven box sets in the loft of one of our outbuildings, not to mention an antique Thorens turntable that could with effort be returned to exploitation—at least if Mother’s intensifying tremors haven’t degraded her facility with the soldering gun.

Finding that good stuff could pose a problem, though. That loft is a mess. The last time I sent Mother in there, to find my childhood copy of Look with those semi-nude photos of Anita Ekberg in them, she gashed herself on a rusty nail, earning herself 12 stitches and a nasty case of tetanus.