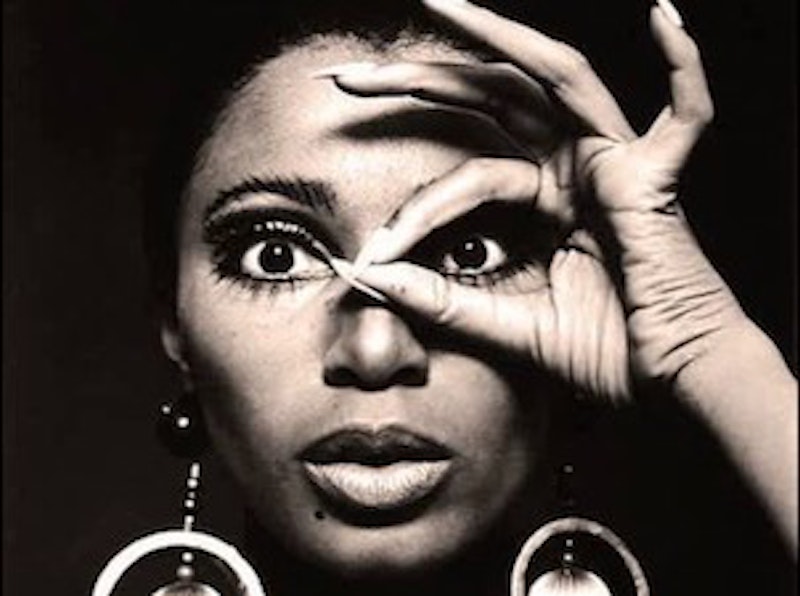 The idea of "Resounding" is to celebrate great recording artists who didn't quite get what they deserved in attention or sales, or have been neglected retrospectively. This is a sad and hopeful fact about human beings: we rarely get what we deserve. I'm grateful for that, yet also kind of pissed off. If I got what I deserved (according to my own assessment), I'd be a famous philosopher right now. On the other hand, I’d be burning in eternal hellfire.

Rarely has a better artist been more neglected than the great Ann Peebles, though every American of a certain age has noticed I Can't Stand the Rain, one of best handful of soul songs ever recorded. It topped off at #38 on the pop chart in 1973, and #6 on the R&B chart, but it’s an eternal oldie. What a powerful, haunting performance by Peebles, and what an eccentric, simple, and sophisticated arrangement and production by Willie Mitchell and the Hi Records crew in Memphis.

Al Green was Hi's transcendent star and perhaps the greatest singer of his era. But "Let's Stay Together" or "Call Me" were carried not only by that unique voice, but by the whole production system, which captured and extended the classic Stax/Volt soul sound of the 1960s, smoothing and mellowing it out, allowing the listener to revel in the texture of the horns and organ, and the texture of Green's voice. The emotional intensity, whether in suffering or ecstasy, unfolded slowly, even in a song lasting three minutes. No matter what the lyrics were about, listening to a great Mitchell production made your whole body feel good.

It was a sound that could be transported to other artists, and was (for example, to O.V. Wright, another distinctive soul singer). But aside from Green, there wasn't nearly enough of this on the radio every day. Hi Records had trouble generating sales commensurate with the excellence of the records and ended up getting swamped by disco and funk by the late-70s. They made dozens of great songs with Peebles, for example, but they barely scraped the lower edge of the charts.

She was no one-hit wonder, in other words. "I Can't Stand the Rain" is great, but so are "Walk Away," "I'm Gonna Tear Your Playhouse Down," "I Pity the Fool," the astonishing (I Feel Like) Breaking Up Somebody's Home, and many others (see the playlist below). Her debut LP, This is Ann Peebles, isn't available on iTunes.

Peebles' voice was (is) just as distinctive and Green's and as well suited for the Hi sound. She came from the church, like Aretha, and like a pocket Aretha, she was unpredictable and highly expressive, with gospel and blues in every note. But unlike Aretha, she favored emotional restraint, a kind of slow boil: Peebles is Billie Holiday to Aretha's Ella Fitzgerald. Like Holiday's and Green's, her voice has a timbre like no other. I don't know how to describe Peebles' voice, precisely; maybe it's a continual "vocal fry"? It's gritty, almost gut-bucket, but also able to float into a pure upper register. But I don't have to describe it; you can listen to it for yourself.

She started as a teenager in St. Louis, emerging from a family gospel group in the late-60s, and ended up moving to Memphis and marrying Hi Records writer Don Bryant (possibly "an old man with young ideas"). They co-wrote many of her best songs, including "I Can't Stand the Rain." Peebles is a tiny person, and under her spell Bryant wrote what has to be regarded as Peebles' signature song, "99 Pounds":

25 pounds of pure cane sugar in each and every kiss.

You wouldn't know what I'm talking about

I don't mean to be bragging

But it's a natural fact

You'll have to agree to that.

Don't worry; she doesn't leave that 25 excess pounds hanging out there, adding "25 pounds of tenderness," "25 pounds of understanding my man," and "24 pounds of something that I can't even name." I hear it as a response to the classic Howlin' Wolf song "Three Hundred Pounds of Joy" ("Hoy, hoy, I'm your boy").

These are some of the best soul recordings, and you may not know them all.

(4) "I'm Gonna Tear Your Playhouse Down"