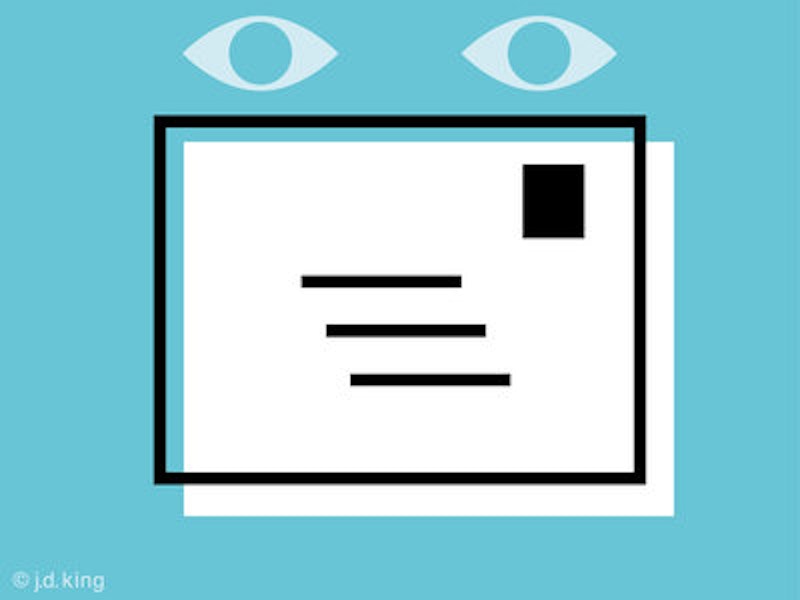 The papers were full of the news of the Thendara Golf Course killing, parroting the police line about a hunting accident, just as Anne predicted. Utica’s Observer-Dispatch gave it front-page coverage, as would the local weeklies, The Weekly Adirondack and The Adirondack Express. The Post-Standard, in Syracuse, buried the dead man on page three.

At the table in Anne’s kitchen, Davy scoured the articles, feeling like a celebrity, wishing he could step forward and claim credit. He was irked, too, that his handiwork could be dismissed as an accident. Granted, he was off the hook, but this was his very first murder. How many people walking our streets can claim to be a murderer in the first degree? It’d be nice to bask in some sort of recognition.

The victim, he read, was Michael Moran of Madison, NJ, father of five kids, husband to Rhonda. The friend who’d burst out laughing on the fatal day was one Larry Ross, also of Madison. However, for the press, he wasn’t laughing. Larry put on his very best weepy mask and laid it on thick about what a hale fellow Mike had been. “He loved the NJ Devils. And he loved The Who. And he was so devoted to Rhonda and the kids. And he loved his job at Recycle Contracting. He was always there with a good word. He was never a bummer.” The fainter, Jim Paillot, a college chum of Mike’s visiting from Arizona, seconded Larry’s inarticulate high-fives for the memory of Mike. “I can’t believe this happened. He was, you know, a great guy, just great.”

Someone else was perusing the papers at a kitchen table that morning. On Raquette Lake, Mark Fisher, a retired NYC private detective, sensed something fishy about the death. Just a hunch, but he was a man who’d built a successful career on hunches. Also, he was well aware of how cops, from the head of the FBI down to Barney Fife, just loved to preen an unearned victory lap for the press. Automatically, wheels began to turn in the Fisher bean. What angle had the victim been shot at? How much real investigation had been done? How many clues had been overlooked, if not trampled? Fisher stubbed out his cig, drained the last of his coffee, put the cup in the sink, and headed out the kitchen door to the fresh air of a new morning and a new mystery. He opened the garage door, got in his car and drove south.

Anne said to Davy, “What do you think the chances are that Good Friend Larry is going to make a move on the freshly-minted Widow Moran and all that life insurance loot? Who knows, maybe they already had a thing going on. Now they can pack the beloved kids off to boarding school and go on a world tour. See? Everyone’s happy. Even old Mikey. He’s in Heaven with Jay-zus and Grammy and Grampy and Keith Moon. When he gets bored, he can hop over to Animal Heaven and visit old Fido.” She snorted at her own humor and tossed The O-D aside, got up from the kitchen table and went to the living room, sat down at a Steinway grand and started rattling out some decent Tristano-esque piano, not as jittery as the maestro, more introspective: dreamy, laced with stardust. What it did share, pointedly, with Tristano was the ability to paint a picture, a picture of, say, a deserted Manhattan side street on an overcast Sunday morning in 1954, a lone Pontiac parked at the curb, snow just beginning to fall. Davy sat up. “Wow! You’re good!” She glanced over. That smile. He just loved that smile, lived for it, those knowing lips, the whistle marks. She didn’t wear makeup, even lipstick. She didn’t need that gunk. He adored everything about her.

Her shoulders arched as she concentrated, leaning forward, hair obscuring her features, mystical and cerebral bop flowing from her fingertips.

Davy loved her hands, ropy with veins, long and bony fingers. Their hands were extremely similar, like brother and sister. He wondered if, somewhere down the centuries, they weren’t related.

What a day! Everything was just perfect.

As Anne played “All the Things You Are,” Davy scatted along, Konitz-like lines (dah dah da dah-da da dat...weep, zoop...), espresso coursing through his veins, boosting his confidence. She looked over and smiled again, then leaned further into the keyboard. He was smiling, too.

A little later she switched gears, hammered out a Haydn piece, giving it a syncopated air, making Franz Josef swing.

Anne looked up and said, “Hey! Let’s go for a drive! I feel good! Let’s get some air! Head up to Blue Mountain! You drive. I want to see how you handle that cat.”

Davy led the Jag north up 28, up the mountain road, hugging the curves like Mario Andretti. Coming to a downhill stretch, he’d pop it into neutral, coasting. Most of the time, he kept a grip on the wheel with just his right hand, at one o’clock, but sometimes his right palm rested on the gear shift knob, while his left hand held the wheel at nine. Davy liked the feel of the knob against his palm, and he liked Anne by his side. He knew he was a good driver, a sexy driver. He liked to show off, casually. One thing, though: Davy never sped. He stuck to the speed limit, sometimes a little less, depending. The track, not the public roadways, was the place to put his Jag through its paces. The responsibility of driving weighed heavily on his shoulders. So, if some oaf tailgated, pressured him to speed, Davy stepped on the brake. “So, you don’t like 45? Let’s try 35, and see how you like that. Oh! You don’t like 35? That must mean you want 25...” He loved to piss off reckless drivers. Davy was a cautious driver. It’d kill him to hit an animal.

The two were hungry. Coming to a small town, Davy pulled over and parked. As he turned the ignition off, he noticed a young family, a mom and a dad and a toddler, lumbering along the sidewalk. Anne looked towards the floorboard, and then swung her door open with swift force, slamming the tyke onto its teeny butt. After the moment of stunned silence, its screeching machine was set off.

Anne looked up to the parents and said, “Oh my God! I’m SO sorry! Please forgive me!”

The dad said, “Why don’t you watch what you’re doing?” as he scooped his squalling kid to his breast.

Rising to her full height, eyeball-to-eyeball with the angry papa, Anne bellowed, “I said I was sorry, asshole! What are you gonna do, punch me? Are you gonna hit an old lady, you stupid fuck!”

Davy felt an unexplainable twinge of jealousy at the passion Anne unleashed on the guy.

“Arnold, the woman said she was sorry! Don’t make a scene!”

The little family stalked off, their Sunday outing ruined. Davy overheard the woman saying to her husband, “I’m sorry, but I think she’s crazy. You never know who has a gun these days. She could be carrying a Derringer...”

“You did that on purpose?” said Davy.

“You betcha! I hate people like that. Just look at them, so typical. It’s October and they’re still wearing shorts. Like, Oh! We’re such polar bears! We don’t feel the chill, not us hearty Adirondackers! It can be 20 degrees out and the idiots tromp around in shorts. Jerks. As if the entire world needs to see their ugly legs. Turns my stomach.”

They found a restaurant, Tammi's, one that looked about as good as one could hope for in this hick town, a greasy spoon with pretensions: brown wall-to-wall carpeting, chintzy wallpaper, a drop ceiling, brass fixtures. Entering, Anne marched them past the “Please Wait To Be Seated” sign, and they settled into a booth in a dark corner of the empty knotty-pine paneled dining room. “Wait to be seated,” she huffed. “As if they’re so goddamned busy, so fucking important. The dump’s dead.” A dull-witted teenage waitress dressed in a white shirt and black slacks waddled over and handed them menus. "Hello. My name is Brett and I'm your waitress. Our special today is Roast Beef a la Blue Mountain, a seasonal favorite with rosemary and thyme." Then she trotted away, leaning forward, hands at her sides with palms facing backwards, shoulders hunched.

Scanning the menu, Anne grumbled, “It looks like the choices are chops this, strips that, breast of this, fillet of that. The only non-flesh item seems to be black bean soup... Even the salads have bacon or wings—and M&Ms! Jesus!”

A minute later, Anne took one bite of her soup, pushed it away, declaring it unworthy of her dogs. Then a sip of her wine. “Bloody vinegar!” But, making a theatrical display of holding her nose, she downed it in two hasty gulps, like medicine. “Ugh!” she said, shuddering. “Let’s go.”

Anne left a fifty by the register, saying to the waitress as they headed out the door, “Keep the change, dollface!”

On the sidewalk, Anne said, “That’ll make the bitch’s week!”

They wandered over to a stone wall with a panoramic view of the mountains. Anne produced a couple of machine-rolled joints from her coat pocket, lit them, handed one to Davy. Her coat was tan wide-wale corduroy, collarless with chocolate buttons about three inches in diameter. “The idiots will think they’re cigarettes. But if you see trouble, just flick the evidence over the drop.” Davy wondered where she got her clothes. Everything seemed to be from another era, yet looked brand-new.

After a few tokes, colors grew intense, and the sounds of cars driving nearby became so textured that Davy could see them, then taste them. Huge gray Adirondack war clouds morphed into gothic machinery, convoluted and pumping in a steady undulating cosmic rhythm. A minute later, when he raised his hand to his head in disbelief, his hand moved in slow motion, images of it trailing... Looking over to Anne, she was a lime-green insect, antennae waving. She said, “C’mon and let the good times roll!” but she sounded like a vacuum cleaner. Then everything hit a fever pitch of pure white light for a minute that seemed to last a week before subsiding to a free falling psychedelic state.

A few days later, Davy went to the post office, stuck his key in the box (grateful that he’d wound up with a top tier box, one he didn’t have to squat for like some potato picker) and pulled out the junk mail, tossing it into the recycle bin, and a letter with no return address. Odd. He opened the letter, a single anonymous page printed out from a computer: “I saw what you did, you and that woman. Her name is Anne, isn’t it? I saw everything. I even have your red cap. That’d have your DNA, wouldn’t it? Thinking of you! More soon!”

Davy nearly pissed his pants, not even noticing John the Baptist strutting in, shouting, “HOWDY, DAVY!”, as Davy exited, numb with fear, everything going blank and fuzzy. He stumbled into his car and just sat there for a long time staring out the windshield thinking, “Someone saw us... Now what? We’re dead, that’s what...”