A snowy tour from years gone by. 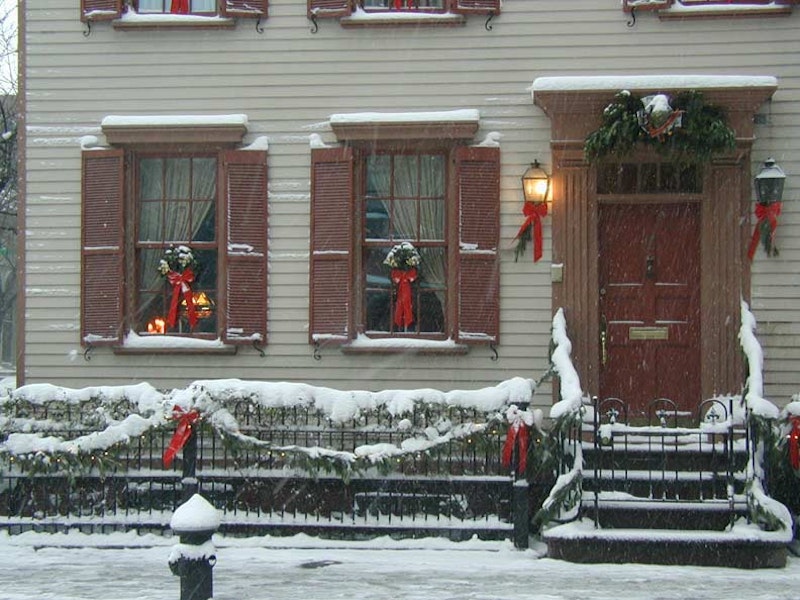 December 5, 2003 wasn’t exactly a great day for me—it was a Saturday, I was working at Macy’s, as all of us at Macy’s had to do on Saturdays during the holiday season, and I was yelled at by my boss, an almost comically ill-tempered woman, over a ridiculous matter. It was, however, snowing heavily and before leaving the house that morning I made sure to take my camera with me, because snowstorms are for photography. After they let us out of the cage around 2pm, I made my way down to Greenwich Village for this series of pictures. 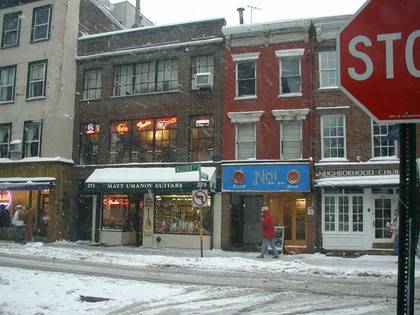 Bleecker Street, along this stretch between 6th and 7th Avenues, is where many streets begin and end. Morton and Leroy arrive from the Hudson River to have their northeastern progress ended here, while Jones and Cornelia, two of the Village’s one-block streets, start northeast. The stretch of Bleecker shown here, between 6th Avenue and 7th Avenue South, has been home to many used-record shops, while Matt Umanov’s guitar shop has been well-known among musicians for over 40 years. 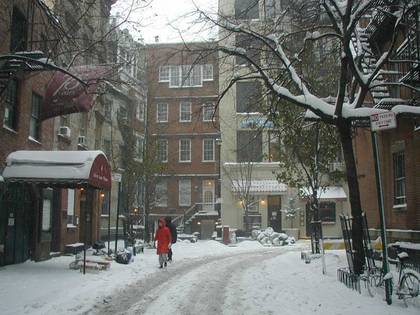 A myth holds that L-shaped Commerce Street was once known as Cherry Lane. It turns northwest at an acute angle to join Barrow Street. The Cherry Lane Theater is seen at left. We are standing here just off Bedford. The Grange Hall restaurant can be seen directly ahead.

#17 Grove Street was built in 1822 by window sash maker William Hyde, and is one of Manhattan’s few remaining wood-frame houses. The unusual building at the rear, 102 Bedford, is known as Twin Peaks. Built in 1835, it was controversially renovated to look as it does now in 1926. 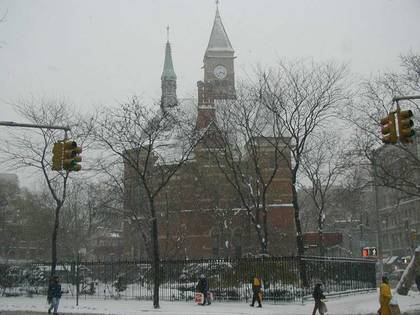 The Jefferson Market Library (ex-Courthouse) at Christopher Street and Greenwich Avenue is not often photographed from this angle, as most photographers tend to catch it from 6th Avenue. The building was constructed beginning in 1874 and was inspired by Ludwig II’s Bavarian castle, Neuschwanstein. Ludwig built three magnificent castles; he later went insane and was found drowned. 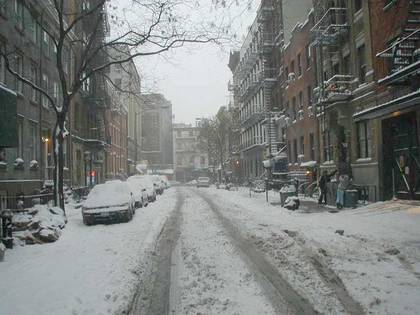 If you don’t recognize Jones Street from the Bob Dylan album cover, you can be forgiven. It was 54 years ago that Dylan was captured strolling down Jones toward West 4th Street by photographer Don Hunstein, with then-girlfriend, the late Suze Rotolo, for the cover shot of his 1963 album The Freewheelin’ Bob Dylan. For a time Dylan lived on West 4th Street and his relationship with Rotolo, according to legend, inspired songs such as “Don’t Think Twice, It’s Alright” and “Boots of Spanish Leather.” Freewheelin’ introduced “Blowin’ In The Wind,” “Masters of War,” and “A Hard Rain’s Gonna Fall.” 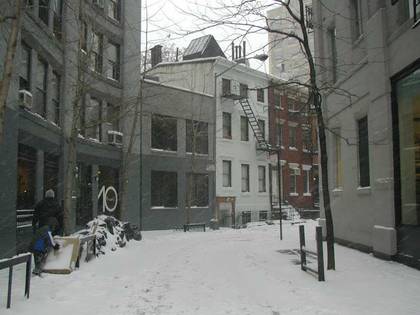 Gay Street, another of the Village’s crooked lanes, runs from Waverly Place north to Christopher Street. Author Ruth McKenney, whose book My Sister Eileen was adapted for stage and screen, and radical attorney William Kunstler have all lived on this short street. Gay Street may be named for an early 19th century landowner in the area named Gay, as Henry Moscow writes in The Street Book, citing a reference to it in NYC Common Council minutes of April 23, 1827. Though Sanna Feirstein of Naming New York says it is named for Sidney Howard Gay, managing director of The New-York Tribune. Since Sidney Howard Gay wasn't born until 1814, I’d say Moscow’s is probably the more likely scenario. 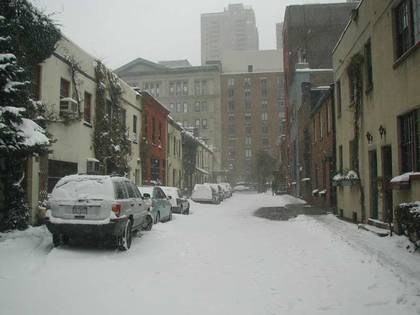 Washington Mews, between 5th Avenue and University Place north of Washington Square Park, was originally used for hostelry: stables servicing the expensive homes facing the park were originally located here. The stables were converted to human housing several decades ago. The lane still has its distinctive Belgian block pavement, and in some cases the stones are worn down sufficiently enough to resemble cobblestones.