House of the Addictive Cave 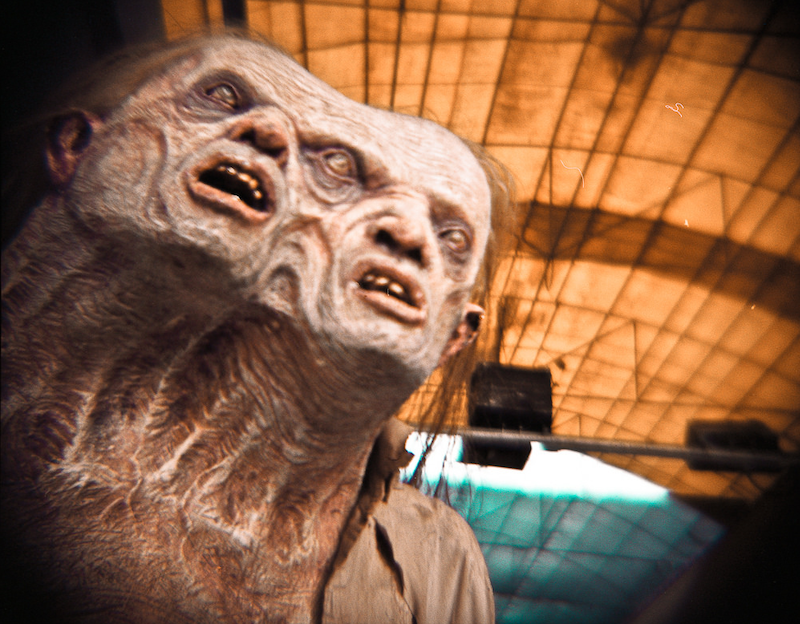 On the embattled crag of memory, the semi-toppled house stations its distressing grandeur. What abyss tips beneath? We see white stars trapped so far below, at the bottom of the gulf. The mansion’s downward-pointed gables direct our eyes to the speckle. For a moment we are compelled. We teeter and look away.

We never learn the gulf’s name. The beyond can wait. Our eyes track the gables’ ins and outs, the mansion’s tilting flanks, the entertainment provided by complicated decay. Black night hangs warm on top of us, wraps us from below, folds the promontory on which we stand: the spike of something positioned against nothing. We wait there and the mansion squats, and beneath either of us is a foot or two of rock and dirt.

To think that the house has somehow found itself over a cave. When the space for a cave doesn’t exist. To think that the residents of the house spend most of their time in that cave. That’s why they live in the house. They didn’t think so when they moved in, but time has told. The house rots above them and will topple at last. Maybe they’ll know. Their air might be cut off. There might be a thud—the masonry. Something will tell them. Or maybe not. Meanwhile, there they are, compact, their lives gathered about them in that little hole which isn’t supposed to be there.

How many of these people? Far more than there should be. That hole has something to answer for. Like, first off, how does it manage all this? Take a look at the whole thing, the situation—abyss, scant dirt, impossible hole, toppling house, further abyss—and then give up. The only sense to be found here is this: people want to be in that hole. They’ll be coming out no time soon. If they did, there’d be too little earth to go around. All we have is this sliver, and then the frosted stars underneath. Nobody wants to jump, so they live in that hole.

House of the Addiction-Recovery Metaphor

The angel-winged monkey-man was treated as a horror. Denizens pretended to run from it, shrieking; then they doubled back for second and third looks. The thing’s keeper danced behind the unwieldy beast, guiding it with a pole and a baton. The monkey-man dragged a wing halfway under the stone arch of a doorway, then backed out. Its keeper hovered close, sucking his upper lip in tight.

The ape with the bent wing climbed to the top of tower by handholds that felt weak and tentative to him. Stone crumbled, a block skipped out from underfoot and dropped into the void while his toes dangled. The tower's curve dimpled; he thought that the thing was about to tip away. The stones would gallop from his feet and hands, and he’d hang above nothing. Maybe he’d be a goner, maybe he might fly. But neither. His keeper pulled him back.

House of the Oblique Self-Portrait.